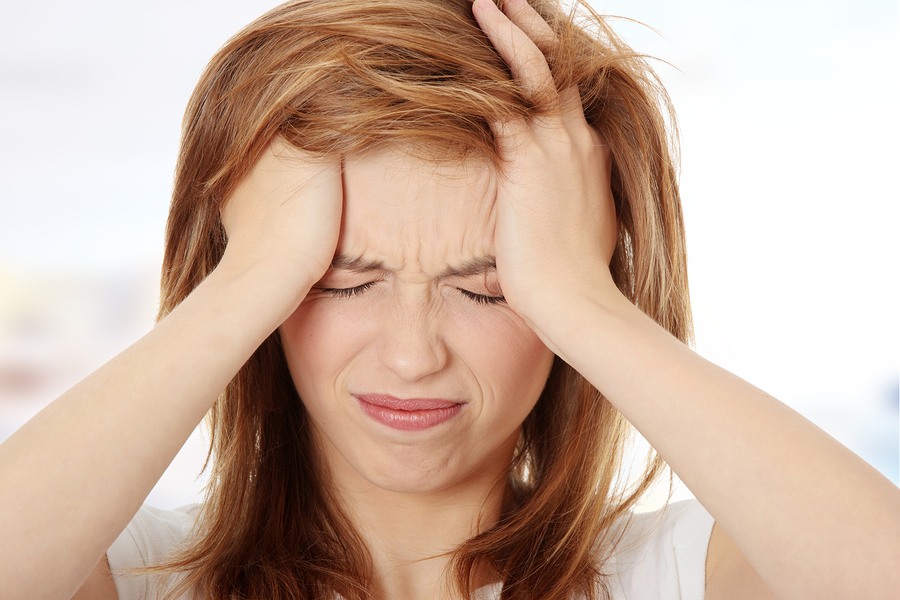 OCD, which stands for obsessive-compulsive disorder, is an anxiety disorder negatively affecting over 2 million Americans. It is usually diagnosed by the age of 19, the National Institute on Mental Health (NIMH) reports. OCD goes beyond being overly clean or organized; it is a pattern of behaviors that interferes with a person’s daily life in a negative way. An obsession is when disturbing thoughts are repetitive while compulsions are the actions that may be performed to alleviate them, the journal Psych Central publishes.

Examples of commonly held obsessions are:

OCD may be diagnosed when these obsessions and compulsions make it difficult to function at school, work, or home, and interfere with everyday tasks. The obsessions are unwanted thoughts that cause fear or anxiety, and the compulsions are the rituals a person may use or perform in order to dispel these feelings. While no pleasure is usually derived upon completion of the rituals, a temporary sense of relief may be felt.

The publication The Atlantic reports that at least half of the Americans diagnosed with OCD have a severe form of the disorder. Individuals suffering from anxiety disorders may regularly abuse substances, perhaps as a way to reduce unwanted fear or stress. The journal Psychiatric Annals published that individuals diagnosed with OCD may be more likely to abuse depressant substances, such as marijuana and alcohol.

As of yet, there is no conclusive evidence for what exactly causes OCD; however, researchers have found that certain areas of the brain involved in fear and anxiety regulation may be overactive in someone diagnosed with the disorder, as reported in the journal Development and Psychopathology. More research is needed to fully understand how the brain might be affected and what may lead to the development of the disorder.

OCD may potentially be passed down through genetics or possibly be the result of environmental factors, such as traumatic events occurring in childhood, brain injury, or chronic and high levels of stress during development. Substance abuse at a young age may also increase the risks for developing a mental health disorder later on, as drugs and alcohol can interfere with proper brain development.

Connections between OCD and Substance Abuse

OCD is characterized by excessive worrying and high levels of stress or anxiety. This may lead someone suffering from the disorder, particularly if the disorder is misdiagnosed or not identified at all, to seek relief in the form of alcohol or drugs. Central nervous system depressants, like marijuana, alcohol, heroin, and other opioid drugs such as prescription pain relievers, suppress some of the body functions involved in stress reactions, such as heart rate, respiration levels, and blood pressure. Overactivity in the nerves, and the firing of nerves, may be dampened by these drugs, creating a temporary lull in OCD symptoms. This provides merely temporary relief for the underlying issue, however; in reality, substance abuse will only make OCD symptoms worse.

Abusing drugs or alcohol regularly can create its own set of mental and physical health problems, not the least of which is addiction. Brain damage, heart disease, respiratory problems, financial trouble, increased odds of being involved in an accident or getting into legal trouble, being the victim of violence or experiencing bouts of aggression, and rates of self-harming behaviors all increase with substance abuse. Someone addicted to drugs or alcohol may have difficulties completing tasks at work or school, and production may therefore suffer. Interpersonal relationships may also suffer as an individual battling addiction may have intense mood swings and be unreliable, secretive, withdrawn, and prone to erratic and unpredictable behavior. Abusing drugs or alcohol while also suffering from a comorbid mental health disorder may only serve to increase all of the side effects of addiction and heighten the mental illness symptoms.

Stimulant drugs like cocaine or methamphetamine may even possibly trigger OCD symptoms and behaviors, Psych Central reports. More likely, however, is that OCD comes first and substance abuse is secondary. The Journal of Anxiety Disorders published a study that researched the connection between OCD and substance use disorders (SUDs) and found that in those studied, 70 percent suffered from OCD before developing SUD, further indicating the high likelihood that OCD may be a risk factor for addiction.

Similarities between OCD and Addiction

An article in the journal Addiction postulates that drug or alcohol addiction may actually be very similar to OCD – that similar regions of the brain and overlapping symptoms may be involved. When people abuse drugs or alcohol, they may experience a high as some of the neurotransmitters related to moods and reward are increased, creating a rush of pleasure. When substances are continuously abused, the chemical makeup of the brain may be altered, and dependence may form. Addiction is signified by a lack of control, or compulsive, drug-seeking behaviors. An individual with an addiction to drugs or alcohol may also be obsessed with the abused substance, spending an excessive amount of time figuring out how and where to get it, using the substance, and then recovering from such use. An article in the journal New Scientist reports that there may be a connection between addiction and OCD, and some researchers are even suggesting that OCD may be an addiction or vice versa.

Treatment Models for OCD and Addiction

There are no specific medications for the treatment of obsessive-compulsive disorder, although antidepressant and anti-anxiety medications are often used to reduce specific symptoms. These medications are closely monitored in an individual with a comorbid substance abuse disorder, addiction, or history of substance abuse, as they can be habit-forming. Sometimes, medications are helpful during a medical detox program when an individual is dependent on drugs or alcohol. Medical detox is usually offered as part of a residential treatment program that may use both pharmacological and therapeutic methods to safely remove dangerous substances from the body and to prevent a return to drug abuse.

When an individual battles both a mental health disorder, such as OCD, and addiction, a dual diagnosis is given. Treatment plans that are comprehensive, integrated, and manage both disorders simultaneously are generally believed to be optimal.