Ecstasy Addiction: Can It Happen? 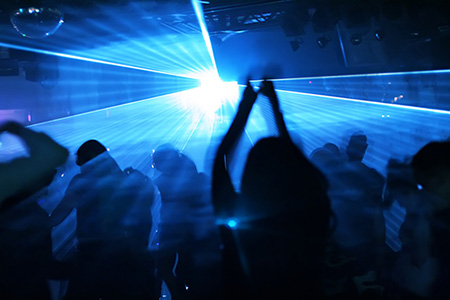 Ecstasy is a common name for 3,4-methylenedioxy-methamphetamine, also called MDMA. This is a synthetic drug that is similar to both stimulants and hallucinogens, meaning it alters mood and perception. Ecstasy produces feelings of increased energy, happiness, emotional warmth, and distorted perceptions. This drug originated as a popular “club drug” used at parties and other social events, but its use is now more widespread, affecting a range of age groups and social settings.

Ecstasy is an illicit substance that currently has no legitimate medical uses. The drug is commonly found in capsule or tablet form, although it is also sometimes produced as a liquid or powder. Many people who abuse this substance will combine the drug with other substances, like alcohol and marijuana. Often, an individual will think they have purchased ecstasy when in reality it is another drug, like synthetic cathinones, also called bath salts. The potential of accidentally ingesting unknown substances increases the risks associated with abusing ecstasy.

It is difficult to determine the scope of ecstasy use in the United States due to this drug frequently being used in combination with other substances. Some data sources, such as certain sources that track treatment admission rates, don’t collect information on ecstasy. According to the 2004 National Survey on Drug Use and Health, over 11 million people over the age of 12 had used ecstasy at least once in their lifetimes. These numbers have shown a slight downward trend in recent years. However, the perceived dangers of using ecstasy have dropped as well, indicating that young people do not view ecstasy as a particularly dangerous drug of abuse. This trend could reflect a worrying lack of concern for ecstasy use.

When ecstasy is used, it affects levels of certain neurotransmitters within the brain, producing various effects. Ecstasy increases levels of dopamine, norepinephrine, and serotonin within the central nervous system. These chemicals can cause euphoria, increased energy, increased heart rate and blood pressure, changes in mood, and heightened arousal and trust. According to the National Institute on Drug Abuse (NIDA), using ecstasy can have immediate health effects, including:

The immediate effects of ecstasy typically wear off in 3-6 hours. Many people who abuse this drug follow a binge cycle of use in which they will take another dose as the effects of the drug begin to fade, leading to a buildup of the drug within the bloodstream, in order to prolong the effects.

After moderate use of ecstasy, some effects can take up to a week to fade completely. These include:

These effects may be stronger and more long-lasting if ecstasy is combined with other drugs like marijuana.

NIDA also reports additional negative health effects of ecstasy use. High doses of this drug disrupt the body’s ability to regulate temperature, which can lead to dangerous spikes in body temperature. Very high body temperatures can damage major organs, including the liver, kidney, and heart. Heart failure and even death can result.

Because ecstasy promotes trust and emotional closeness, its use can sometimes lead to unsafe sexual behavior. Unsafe sex can increase an individual’s risk of contracting sexually transmitted infections like HIV/AIDS and hepatitis.

It is possible to overdose on ecstasy. Symptoms of overdose, according to NIDA, are:

If overdose is suspected, emergency medical help is needed.

It is unclear whether or not ecstasy is addictive in the same way as other addictive drugs. Some animal testing has suggested that ecstasy does have addiction potential, but scientists are not yet sure if ecstasy causes physical dependence and addiction in humans. Some people who regularly use this drug report some withdrawal symptoms when stopping its use, including:

In addition to a physical withdrawal syndrome, individuals who regularly abuse ecstasy may experience symptoms of psychological withdrawal, which involves strong cravings for the drug of abuse.

Because regular drug abuse changes the structure and chemistry of the brain, it can be very difficult to resist using drugs when faced with strong cravings.

Treatment for Abuse and Addiction 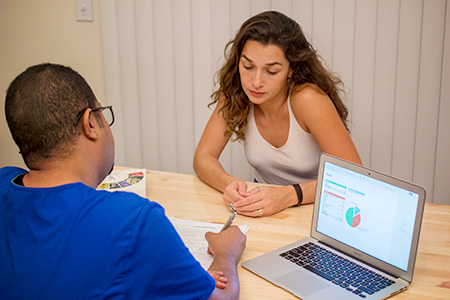 Many people who abuse ecstasy are addicted to other substances. If this is the case, all drug use must be addressed in treatment. There are no specific treatments designed only for ecstasy addiction, and there are no FDA-approved medications for its treatment. Behavioral therapy is currently the most commonly used treatment approach for this drug problem.

Most people who use ecstasy and enter drug addiction treatment are seeking help for another drug problem. It is important that all drug use be addressed in the course of treatment, including ecstasy use, even if it is not believed that an addiction is present. Behavioral therapies for drug addictions include Cognitive Behavioral Therapy, family behavior therapy, Motivational Enhancement Therapy, 12-Step facilitation, and incentive programs. Other treatment approaches, such as support groups and self-help groups, can encourage treatment compliance and help prevent relapse.

A majority of the individuals who use ecstasy are young people, so several therapy modalities exist that are specifically tailored to teens and young adults. Behavioral therapy may be provided in several different settings, including residential programs, partial hospitalization programs, and outpatient treatment programs. The appropriate setting for an individual’s treatment depends on the severity of the substance use disorder, rather than on the particular drug of abuse.

Ecstasy addiction is a complex issue that is often further complicated by the presence of co-occurring disorders, including polysubstance abuse and mental health disorders like depression, anxiety, and personality disorders. While it is currently unclear whether addiction to ecstasy is similar to other drug addictions, there is no doubt that frequent ecstasy abuse can have devastating and widespread consequences for an individual’s personal life and health.

Any substance use disorder requires thorough, evidence-based treatment by a team of mental health professional and medical professionals. A combination of behavioral therapy, long-term follow-up care, and the support of friends and loved ones is the best approach to overcoming ecstasy addiction.