What Is Candyflipping and What Are Its Effects?

Social mixing of potent and dangerous drugs often occurs in raves, nightclubs, and other party atmospheres. Alcohol and codeine, marijuana and PCP, or cocaine and heroin are just a few examples of drugs that are often mixed; these combinations can lead to abuse, addiction, and overdose. Mixing drugs is more common among young adults, ages 18-24, than among older adults, and adolescents, ages 12-17, are also at risk for this kind of polydrug abuse.

One form of substance abuse that was common in the 1990s and early 2000s was called candyflipping: mixing LSD and ecstasy, or MDMA. These two substances are very intoxicating. They both feature hallucinogenic, euphoric, and psychedelic properties, although these experiences are caused by different chemicals that act on different regions of the brain. Both LSD and MDMA rise and fall in popularity, but abusing the two drugs together hit a peak in the late 1990s. 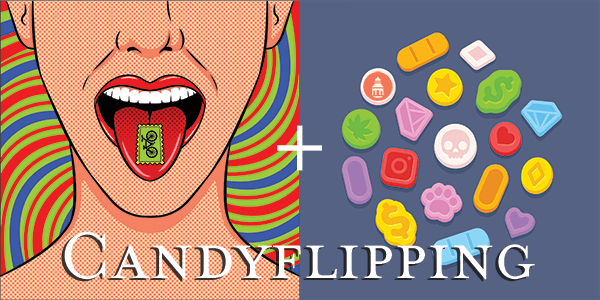 With more drug-related message boards available online, offering advice on misuse of these substances, candyflipping is rising in popularity again. Trying these drugs alone is harmful enough, but mixing these two substances is extremely dangerous.

D-lysergic acid diethylamide is the full name for LSD, an infamous synthetic hallucinogenic drug derived from ergot, a fungus that grows on grain like rye. The drug has been a Schedule I substance per the Controlled Substances Act (CSA) since 1970; it was abused by counterculture movements throughout the 1960s with some dangerous results. Although there are few reports of death associated with LSD, and it is not known that anyone has fatally overdosed on the drug, this substance is still extremely potent. It has induced psychotic symptoms that lasted for hours in some people who experienced “bad trips.”

Physical effects of LSD may include:

People who abuse LSD typically seek the mental effects, especially the changes in perception of reality and hallucinations.

Changes to mental state associated with LSD include:

Although it is rare, sometimes people who develop psychosis from taking LSD do not return to a normal mental state. They may have to deal with psychotic symptoms for the rest of their lives. Those most at risk for this experience are at risk for developing schizoid conditions or schizophrenia due to environment, genetics, or family history.

The Serious Impact of MDMA

Like LSD, the full name for MDMA is much longer: 3,4-methylenedioxymethamphetamine, the name of the molecule that is converted into MDMA, Molly, or ecstasy. Like LSD, it is also a Schedule I substance. This drug is more associated with abuse among adolescents and young adults at concerts, raves, or nightclubs than LSD, but both drugs may be abused in social situations. People who abuse MDMA typically seek lowered inhibitions, changes in their perception of reality, increased tactile sensations, and a feeling of warmth, compassion, or sociability.

MDMA affects neurotransmitters, including dopamine, norepinephrine, and serotonin – all of which are associated with mood and the reward system. LSD is not considered addictive while MDMA has shown some signs of repeated abuse among those who are at risk for developing addiction.

Effects of MDMA include:

Additionally, unlike LSD, there are comedown or hangover symptoms associated with MDMA, including:

People who take too much MDMA, or who candyflip, may elevate their body temperatures to the point that they suffer physical harm, especially to the kidneys. High body temperature can also damage the heart and the liver, leading to chronic health struggles, heart attack, or sudden death. 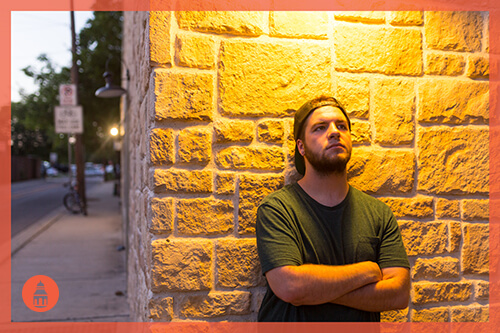 There is little medical information on the combination of LSD and MDMA, but online anecdotal reports about candyflipping suggest that the two psychedelic substances enhance each other’s primary effects when combined. The two substances predominantly affect serotonin production and receptors in the brain, leading to greatly increased euphoria and hallucinations.

Further anecdotal evidence suggests that the distortions in reality and time, along with potential hallucinations, are compounded with candyflipping. The synergistic effect impacts the person’s emotions, usually elevating them, and changes how they experience the world around them.

Since the combination is uncommon and has not been thoroughly studied, there is not much information aside from anecdotal reports about how these two drugs work together and against each other in the brain. However, since they seem to increase hallucinations and emotional elevation, it is likely that they will also increase the other’s negative side effects, which may include:

It is possible to overdose on MDMA, and a person who tries candyflipping may find that the potency of MDMA is increased with the presence of LSD, leading to an overdose. Psychotic symptoms are the most likely sign of an overdose, so it is important to call 911 immediately if a person displays unusual behaviors, a break from reality, frightening hallucinations, or unprovoked aggressive behaviors.

Detoxing from this dangerous form of polydrug abuse requires oversight from medical professionals to manage symptoms and cravings. Then, evidence-based treatment through an appropriate rehabilitation program is needed to understand the dangers of this kind of substance abuse, develop better coping mechanisms, and maintain abstinence.