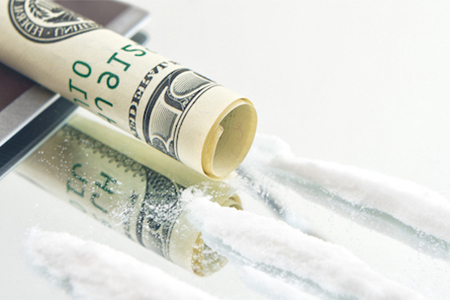 The National Institute on Drug Abuse describes cocaine as a member of the stimulant family of drugs and states that in 2014 alone, 14.8 percent of interviewees for the National Survey on Drug Use and Health stated that they had used it in their lifetime. Cocaine is known to cause extreme euphoria, and it is also very dangerous. NIDA lists some of cocaine’s street names as coke, snow, and blow.

Cocaine is usually snorted, but it can also be injected. Crack cocaine is a form that can be smoked. The way that it is ingested affects how soon the drug takes effect. Injecting cocaine will produce a near immediate high that is strong, but does not last as long as the high from snorting. Since the high is so short – at most, 30 minutes – individuals find themselves using frequently, which sets them up for dependence.

The drug works by increasing dopamine in the brain. Dopamine is a neurotransmitter that works in the brain’s reward center, and cocaine’s high is caused by a flood of dopamine that can disrupt normal brain communication and cause changes in the reward system – changes that may lead to dependence. Individuals can also build up a tolerance to the drug, where they find they need to take more cocaine to achieve the desired effect. This can be dangerous, as individuals who take too much as a result of tolerance are prone to overdose.

When individuals use cocaine, they may experience side effects, such as:

Long-term cocaine use can lead to many serious physical problems. For example, NIDA states that snorting cocaine can cause individuals to lose their sense of smell. Other problems that may occur include:

Use of cocaine can also increase the likelihood of contracting diseases such as hepatitis and HIV, and not only for those who inject the drug. Other methods of use can cause individuals to engage in risky behaviors, including unsafe sex, which can lead to transmission of these diseases.

Cocaine is sometimes combined with other drugs, such as heroin, to create what is called a speedball. This can also increase the risk of overdose and ill health effects.

What Cutting Agents Are Used in Cocaine? 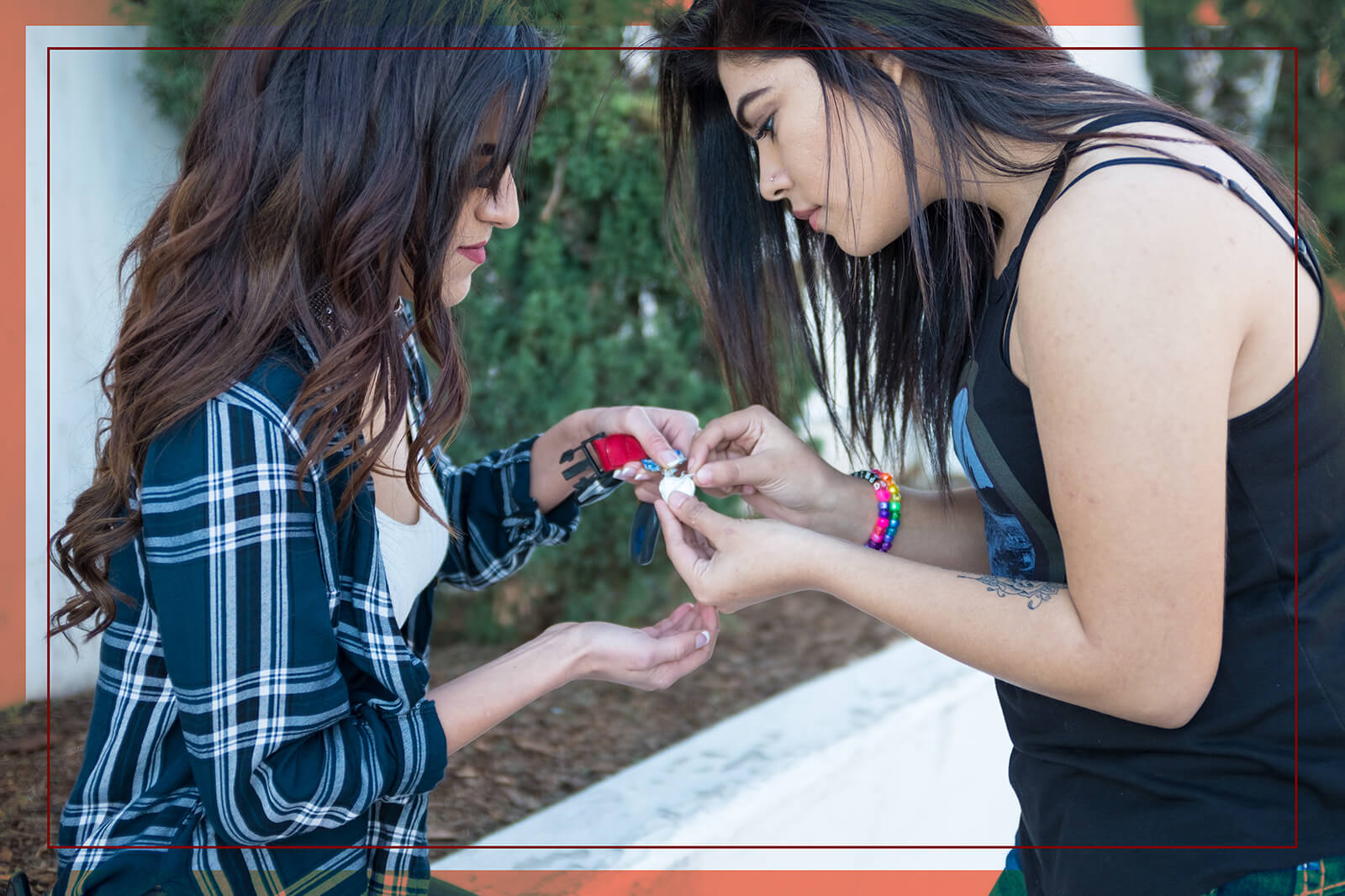 Cocaine is initially extracted from the leaves of the coca plant that is found mostly in South America. It goes through several stages of processing and purifying before it reaches the white salt form of powdered cocaine. Cocaine powder can also be dissolved in baking soda or ammonia and water, then boiled until it is solid, dried, and broken into “rocks” as crack cocaine.

As an illegal drug processed through illicit channels, users may not always be clear on what they are getting. Cocaine is not generally pure. In fact, CNN reports that cocaine purity may be under 50 percent in cocaine sold on the street in the United States. Many agents are used to “cut” cocaine, either to stretch the product out and make it go further (thereby increasing profit by selling less for more) or to enhance the effects of the drug. NIDA reports that flour, talcum powder, or cornstarch are common additives used to stretch cocaine, as they are also white powders and may be visibly indistinguishable from the drug itself. Laundry detergent, boric acid, creatine, and laxatives may also be used as cutting agents of cocaine. These products are much cheaper than cocaine and can therefore increase its street profit, as buyers are often unaware of the amount of cocaine actually in the product they are purchasing.

Many of these cutting agents may not have noticeable side effects; however, some can be outright dangerous. Levamisole, a deworming medication used by veterinarians on cattle, was found in nearly 70 percent of seized cocaine samples in 2009, as published by the Mayo Clinic Proceedings. Levamisole can cause a life-threatening immune system disorder called agranulocytosis that kills 7-10 percent of those who contract it, TIME warns.

Cocaine may also be cut with other stimulants like caffeine, methamphetamine, and amphetamine, or local anesthetics, such as procaine, benzocaine, or lidocaine. These substances all have similar methods of action to cocaine and thus enhance both the effects and potential side effects. Cocaine purity is hard to discern, hence taking the drug is a little like Russian roulette. A person can never be exactly sure what is in the drug they are taking. Cocaine may also be intentionally mixed with other drugs, such as heroin in a “speedball,” for an enhanced experience. This is also a dangerous practice that heightens the odds for a negative or even fatal reaction or overdose.

What Are the Signs of an Overdose?

A cocaine overdose occurs when the amount of the drug becomes toxic in the body and overwhelms the system, which can no longer safely metabolize, or break down, the drug. Approximately 7,000 people died from a cocaine overdose in 2015 in the United States, NIDA publishes. If any of the following symptoms are present, seek immediate medical attention:

Overstimulation of the brain and body from a cocaine overdose can result in coma, heart attack, stroke, and death without swift professional medical care.

Dangers of Taking Other Drugs with Cocaine

As a stimulant drug, cocaine is often taken to increase euphoria and feel good. It may be mixed with other drugs, like methamphetamine or amphetamines which have similar effects, in order to increase the high. Cocaine is so potent and its associated high is so intense, however, that mixing other stimulants with it can greatly raise the risk for overdose.

Cocaine may also be combined with drugs with opposite effects, such as depressant drugs like opioids, marijuana, or benzodiazepines. This may be done in an attempt to blunt the negative effects of either substance. For example, heroin and opioid drugs can cause sedation, and cocaine enhances wakefulness and energy. When combined, a user may be seeking a relaxing yet alert high. Individuals may seek to mix “uppers” with “downers” to extend the intoxication timeline as well. While mixing cocaine with other drugs may enhance the potential positive effects, the negative effects of all substances are also enhanced, and both short-term and long-term consequences can occur.

The “speedball” (powdered cocaine and heroin, usually injected) and “eightball” (crack cocaine mixed with heroin and smoked) are common drug combinations that can be highly dangerous. Not only are the desired effects amplified, but so are the negative ones, possibly causing blurred vision, impaired motor control, incoherence, mental stupor, cognitive and mental impairment, confusion, and anxiety. The risks of heart attack, aneurism, stroke, and respiratory failure are increased, NIDA for Teens warns.

The mixture of cocaine and heroin is particularly hazardous as these drugs wear off at different rates. Cocaine creates a short-lived high, while the effects of heroin can linger a little longer, which can lead to fatal respiratory distress as the stimulant nature of cocaine wears off, leaving only the depressant effects of heroin.

Marijuana cigarettes may be sprinkled with cocaine for a more stimulating high. This practice can increase the hazards of both drugs, leading to lower inhibitions and increased risk-taking behaviors with potential long-term consequences.

Combining mind-altering substances not only raises the potential for a fatal overdose, but it can also increase the rate of drug dependence and therefore raise the risk for a loss of control over taking the drugs, or addiction. Drug addiction is often a long-term side effect of polydrug abuse that requires specialized care to manage.

The presence of multiple drugs can complicate withdrawal; therefore, it is optimally performed in a medical detox facility where vital signs and mental health can be constantly monitored for safety. A combination of medical and therapeutic methods is ideal in treating polydrug dependence and addiction. 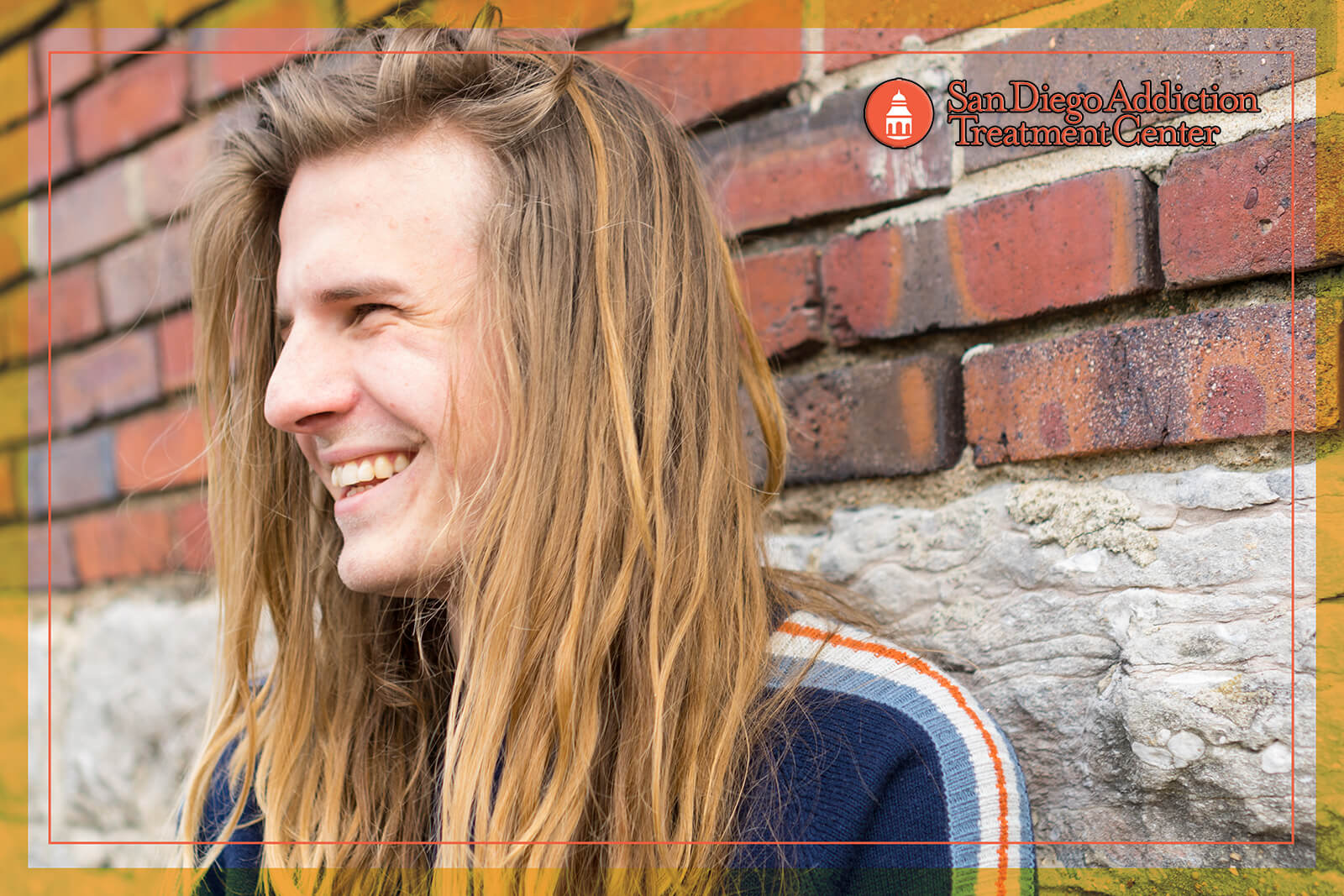 The 2007 NSDUH estimated that 23.2 million individuals needed treatment for drug or alcohol dependence and only 2.4 million of those individuals received the treatment they needed.

When individuals commit to treatment – either voluntarily or because mandated by law – they should be assessed for any co-occurring medical or mental health diagnoses as well. This will ensure they will receive appropriate care, which is especially important if they have a medical diagnosis, such as hepatitis or HIV, and/or mental health diagnoses, such as anxiety or depression.

Medical detox is often the first step in overcoming cocaine dependence. Detox is a natural process that individuals go through as drugs are purged by the body. Medical detox ensures that clients stay safe throughout the process. Medical staff monitor individuals around the clock, keeping them both stable and comfortable during the process. Some of the withdrawal symptoms individuals can expect to experience when detoxing from cocaine include:

Individuals suffering from severe or long-term addictions may be best suited to a residential program, which can last 3-12 months. These programs incorporate all facets of treatment in one facility, from medical detox and behavioral therapy to job training to prepare individuals for returning to life outside of treatment.

NIDA states that Cognitive Behavioral Therapy is the most well-known form of therapy used for treatment of drug dependence. It focuses on helping individuals identify and change thoughts and behaviors that are related to substance abuse, as well as helping individuals to recognize, avoid, and cope: recognize any high-risk situations that put them at risk for using cocaine, avoid those situations when possible, and cope with drug-related cravings.

Self-help groups, such as 12-Step programs like Cocaine Anonymous, help individuals foster relationships with peers in different stages of recovery, and these relationships can help them maintain sobriety via a sense of accountability and support. Ongoing aftercare is critical to long-term recovery. Many individuals in recovery from cocaine addiction participate in some form of aftercare, even if only periodic 12-Step meeting attendance, for the rest of their lives.