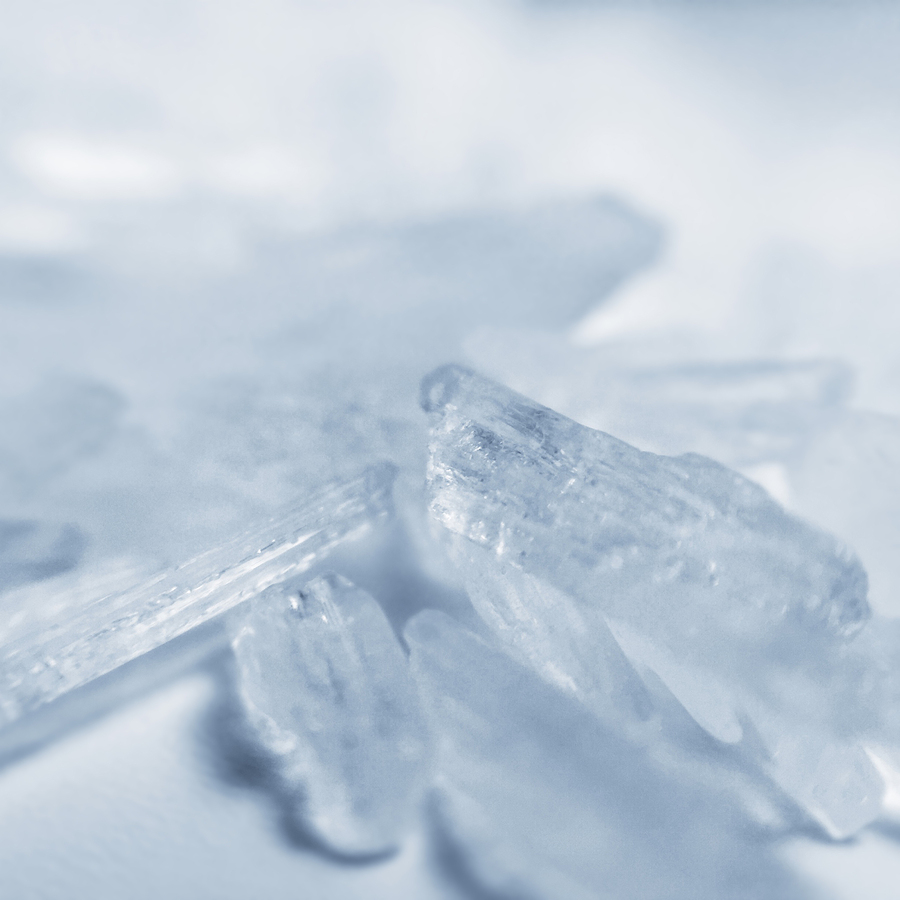 In 2014, the National Survey on Drug Use and Health reported that 4.9 percent of individuals interviewed had used crystal meth in their lifetime, a number that, in 2012, equaled 1.2 million individuals. Of those individuals, the age that they first used crystal meth was between 17 and 22 years of age.

Crystal meth, which the National Institute on Drug Abuse lists as a common nickname for methamphetamine, is a stimulant that is extremely addictive. Methamphetamine is also sometimes used at much lower doses to treat conditions, such as attention deficit hyperactivity disorder. The doses used illegally for recreational purposes are much higher and have no medical use. Stimulant medications, however, are regulated by the United States government.

Methamphetamines were first used as an alertness aid for soldiers in World War II, according to an article by The Atlantic. Called pilot’s salt, it was used to keep soldiers awake on very little sleep, as well as to cause euphoria. However, many soldiers experienced negative side effects consistent with those of crystal meth. Many also experienced agitation, impaired judgment, and heart failure.

Crystal meth is sometimes made in home labs and comes in a variety of forms – powder, pills, and a rock formation called ice – and can be taken orally, as well as by smoking, snorting, and injecting the drug. Individuals may combine certain cold medications with other substances to synthesize the drug. When smoked or injected, there is an immediate high, which is then followed by a crash, thus leading to binge-and-crash cycles in which individuals quickly become dependent on the drug.

How Does Crystal Meth Work?

Crystal meth works by changing the brain’s reward center. When crystal meth is used, the brain is flooded with dopamine, which is a neurotransmitter associated with pleasure. This flood is what produces the individual’s feelings of euphoria, also known as the high. Since it works on the reward center, this quickly changes the brain’s functioning and can lead to dependence.

Some of the physical symptoms that are associated with use of crystal meth – even small amounts, states NIDA – include:

Problems Caused by Long-Term Use

Individuals who have used crystal meth for longer periods of time can experience a multitude of symptoms. Some of these symptoms include:

Long-term use of crystal meth has also been shown to cause changes in the brain that have been associated with problems, such as reduced motor skills and impaired verbal learning.  There have also been severe changes noted in areas of the brain that are linked to emotion and memory – changes that can cause many of the problems with emotions and memory that are often seen in individuals who have been using crystal meth for a long period of time. Also, some of these changes can be seen long after individuals have stopped using crystal meth.

If injected, individuals are also at high risk for contracting infectious diseases such as hepatitis B and C and HIV/AIDS. Individuals who do not inject may also be at risk, due to participating in unsafe sex as a result of lowered inhibitions from the drug.

Dangers of Crystal Meth Use

A 2014 publication by the Substance Abuse and Mental Health Services Administration states that emergency room visits related to methamphetamine use increased from 64,117 in 2009 to 102,961 in 2011. The majority of those visits – 62 percent – involved both methamphetamine and another drug or alcohol.

If individuals are taking other medications, like antipsychotics or antidepressants, crystal meth may put them at a higher risk for problems, such as:

The most serious risk for individuals who abuse crystal meth is overdose. Regardless of how often individuals use or how long they have been using, they are at risk for overdose, even in small doses, due to the fact that the dose may be combined with another drug. Some of the effects that can appear as a result of an overdose include:

The first step in obtaining treatment for crystal meth dependence is medical detox. This is a process that is best undergone in a licensed treatment center. Individuals will be monitored around the clock, and kept safe and comfortable, by trained medical staff. Individuals may be prescribed small doses of medications that can be used to keep them comfortable during the process, as some of the withdrawal symptoms listed by the American Academy of Family Physicians include:

Following the medical detox process, individuals will be able to continue treatment on either an inpatient or outpatient basis. Since crystal meth use often leads to severe addictions, the best treatment option is usually inpatient treatment, which will provide a safe, structured environment. This can keep the focus on recovery and reduce the likelihood of relapse. Individuals will participate in individual and group therapy as well as complementary therapies.

After they have completed an inpatient program, clients often proceed to an outpatient treatment plan. This may involve individual and group therapy, as well as 12-Step groups.

One of the most helpful types of therapy is Cognitive Behavioral Therapy, which helps individuals identify and change their drug-related thoughts and behaviors. This can help clients to identify any situations that put them at a high risk for using crystal meth so they may avoid such situations when possible. Individuals will also learn skills to assist with mood management and coping with cravings.

Contingency Management, which is effective in the treatment of other substance use disorders, has also been shown to promote sobriety in those who are dependent on crystal meth. The National Drug Strategy of the Australian Government describes Contingency Management as the use of vouchers, beginning at a low monetary value, that individuals can exchange for other items or services that may help promote abstinence. Individuals can only earn the vouchers by attending appointments and testing negative for crystal meth. As they progress through recovery, they will earn vouchers that increase in value. If they relapse, they must begin the program again.