Detox is an important part of substance abuse treatment, often laying the foundation for whatever therapies are to follow. Sometimes, however, people struggle with detox because of withdrawal symptoms that are uncomfortable and, in some cases, even dangerous.

Medical detox can help both with the discomfort of detox and the risks that arise in withdrawing from substances like alcohol and benzodiazepines. Addiction treatment professionals can provide medications during the detox process to help lessen some of the discomfort of physical withdrawal symptoms, like nausea and body aches, as well as the challenging psychological symptoms of anxiety, depression, and cravings for the substance. 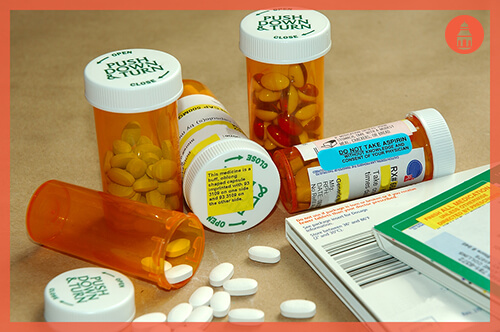 Some of these types of medicines include:

The combinations of medications used can also depend on the person’s addiction potential for other substances. In addition, the selection of medicines may be dependent on whether or not the person is already using more than one type of drug.

During detox from opioid drugs like heroin and prescription painkillers, the following withdrawal symptoms may occur, according to the National Library of Medicine’s Medline Plus:

Some of the medications used to treat these symptoms include:

A note on rapid detox using anesthesia: There are groups that claim that putting people under anesthesia and administering high doses of medicine to quickly remove opioids from the body leads to faster, easier detox.

Research, however, does not support this claim. This method has even been shown to be dangerous, based on a study in Morbidity and Mortality Weekly Report, especially when it is not performed in a hospital. 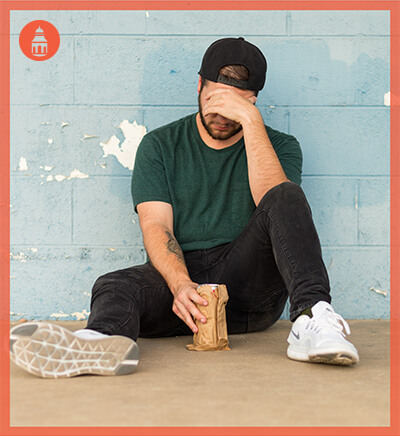 Alcohol withdrawal symptoms can be dangerous. Depending on the person’s degree of addiction and length of time abusing the substance, seizures may occur, along with a condition called delirium tremens (DTs) that may result in death. For this reason, medically assisted detox from alcohol is important to avoid dangerous withdrawal symptoms.

Additional symptoms of alcohol withdrawal include:

The medications most commonly used in alcohol withdrawal include:

Medicines for Benzodiazepine Detox and Withdrawal

According to studies reviewed by the Cochrane Database of Systemic Reviews, there are no drugs that seem to be as effective for withdrawal from benzos as other benzos. However, because of the risk of continued abuse, this type of withdrawal should be monitored by a medical professional experienced in benzo withdrawal.

The main process for benzo withdrawal is to slowly taper the drug over a long period of time. This will minimize symptoms as much as possible, and cravings should slowly decrease over that time period as well. Some people have recommended that those who are on short-acting benzos should switch to a long-acting version before the taper; the Cochrane report states that this does not matter very much.

Therapy and other treatments both during and after detox can address and manage the urge to relapse. Still, there are some medications that may help somewhat with the detox process:

In a report from Models of Intervention and Care of Psychostimulant Users, symptoms of withdrawal from stimulants, like cocaine, amphetamines, and meth, are often treated using similar means. The Substance Abuse and Mental Health Services Administration advises that these symptoms include three basic phases:

No single medication has been found that can help minimize stimulant cravings. However, some medications that are used to help other individual symptoms include Benadryl, to counter insomnia, and occasionally antidepressants to manage anhedonia, a severe depression, or the inability to feel pleasure.

Other Medicines Used in Detox

Some withdrawal symptoms may occasionally be managed using simple over-the-counter medicines, such as Pepto-Bismol for stomach upset and diarrhea, or analgesics like acetaminophen or ibuprofen for muscle aches and pains. However, depending on the substance of abuse, these can have some mild risks. For example, taking acetaminophen for the aches that result from alcohol withdrawal can increase toxicity to the liver and promote liver damage and disease.

For these reasons, medical professionals recommend that detox be undertaken in a professional facility, such as a hospital or dedicated facility. In particular, a reputable, research-based inpatient treatment facility can provide medically assisted detox based on the most current, accurate information available, giving clients the best chance at completing the detox process and moving forward into a treatment program that will result in positive outcomes.