The most common childhood behavioral disorder diagnosed in the United States is attention deficit hyperactivity disorder, or AHDH, according to the National Alliance on Mental Illness (NAMI). The Centers for Disease Control and Prevention (CDC) reports that as of 2011, approximately 6.4 million children between ages 4 and 17 had been diagnosed with ADHD, which equates to 11 percent of American children. The CDC further reports that the average age of diagnosis is 7 years old, and boys may be more than twice as likely to be diagnosed with the disorder than girls.

While mostly considered a childhood affliction, ADHD can continue into adulthood about 60 percent of the time, which translates to 4 percent of the American adult population living with the disorder, according to the Anxiety and Depression Association of America (ADAA). ADHD is characterized by overactivity, as well as difficulties concentrating, remaining focused, controlling impulses, and regulating emotions. Adults with ADHD may abuse substances, particularly marijuana or alcohol, three times more than those without the disorder, ADDitude magazine reports. Substance abuse can make ADHD treatment harder and increase the side effects of the disorder, and vice versa. Co-occurring disorders are often treated with integrated models that address both disorders simultaneously.

About 9 million people a year, on average, seek medical care for ADHD side effects, the CDC reports. AHDH can disrupt a person’s daily life and make it difficult to be successful at school or work, and it can interfere in personal relationships.

ADHD is generally divided into three main subtypes: hyperactive and impulsive, inattentive, and a combination of the two, the National Institute of Mental Health (NIMH) reports. For a diagnosis of ADHD, a child must have six or more symptoms for at least six months, and these symptoms carry over between school, home, and other aspects of life. For an adult diagnosis, the disorder will be documented as starting in childhood.

Someone suffering from ADHD may get low grades in school or suffer low production at work, may be socially awkward, and may subsequently have low self-esteem levels, a poor image of self, and feelings of self-worth. Adults may struggle with time management skills, procrastinate tasks, suffer poor self-control, and have difficulties getting motivated to do things. Alcohol and drugs may seem to improve moods and self-confidence, and lower feelings of shame while taking them, although many of the symptoms of AHDH, such as impulsivity, lack of motivation, restlessness, and cognitive difficulties, are actually exacerbated.

ADHD is highly heritable with genetic linkage rates as high as 75-91 percent, the journal Nucleic Acids Research publishes. This means that the disorder may be passed down through families at very high rates. Research has discovered that there may be several genes involved in the formation of ADHD, as well as involvement of some of the brain regions related to impulse control, mood regulation, and decision-making. The reward center of the brain produces a neurotransmitter, or chemical messenger, known as dopamine that tells the brain and body that it is happy when introduced to certain stimuli. This pleasure and reward system may be less functional, and less dopamine may be produced, in an individual diagnosed with ADHD, NAMI reports.

Some studies have linked traumatic brain injury or the ingestion of food additives to the formation of ADHD, although these studies are largely inconclusive, and more research is required to fully understand these potential outside risk factors. Trauma experienced in early childhood may be correlated with an increased risk for developing ADHD, as chronic stress may disrupt the same regions of the brain affected by the disorder.

Substance abuse may also be a risk factor for developing ADHD, as drugs and alcohol may interfere with those same regions of the brain and potentially damage the circuitry related to rewards, emotional control, and impulsivity. A young person whose prefrontal cortex is not fully developed may be at an especially high risk for future mental health issues when abusing substances on a regular basis. For example, 15.4 percent of adults in America aged 18 and older in 2013 who were diagnosed with an alcohol abuse or dependency issue began drinking before age 14, while only 3.8 percent of those who didn’t consume any alcohol before age 18 were considered to have a problem with alcohol, the National Survey on Drug Use and Health (NSDUH) reported. Similar results were found for marijuana abuse, showing that abusing psychoactive substances at a young age may increase the risk for becoming addicted to drugs or alcohol as an adult. Conversely, ADHD may also predict substance abuse and potentially addiction, as the Journal of the American Academy of Child & Adolescent Psychiatry (JAACAP) reports that individuals diagnosed with ADHD were highly likely to develop substance use disorder later in life.

Substance Abuse, ADHD, and the Brain

When a person uses drugs or alcohol, levels of dopamine are increased in the brain, signaling a flood of pleasure. Frequent alteration of the brain’s natural production of this  chemical can cause it to stop making the neurotransmitter without the influence of the drug or alcohol, causing the levels in the brain to dip. Depression, anxiety, restlessness, irritability, mood swings, insomnia, and physical symptoms may accompany the resulting withdrawal. As a result, an individual may experience strong drug cravings and a desire to reuse in order reduce these side effects. The individual may then lose control over substance abuse and become addicted.

An individual who suffers from ADHD may be more prone to risky behaviors, which may include trying drugs or alcohol, as they may be more impulsive and less likely to consider potential consequences than their peers. Additionally, alcohol and drugs like marijuana are considered central nervous system depressants, meaning that they slow down some of the nerve firings and bodily functions related to stress and overactivity. As a result, they may calm some of the symptoms of ADHD while in use.

An adult battling ADHD may suffer from low self-esteem, shame, and depression and may look for an outlet or release in illicit drugs or alcohol. A study published in the magazine ADDitude asked drug or alcohol abusers who were diagnosed with ADHD why they abused substances, and 70 percent admitted to using them as a form of self-medication for their symptoms, while only 30 percent used them to get high. Drugs and alcohol may temporarily seem to regulate moods, improve self-esteem, and possibly improve sleep and other AHDH symptoms; however, they are just as likely to increase other detrimental symptoms, such as impulsivity, trouble concentrating, and the potential for engaging in risky or dangerous behaviors.

Drugs and alcohol also may interfere with ADHD medications and treatments. Most ADHD medications are stimulants designed to improve focus and attention, and opioid drugs like heroin or prescription painkillers, alcohol, and marijuana all have the opposite effect. Cocaine and methamphetamine are illicit stimulant drugs that may seem to help ADHD symptoms initially, but the negative and long-term physical and emotional effects of these drugs can be devastating.

Individuals diagnosed with ADHD may also abuse their prescription medications by taking more than the required dosage or altering the drug in order to snort or inject it instead of ingesting it in pill or tablet form. This may increase the risk for an overdose and also add to the potential risk for developing an addiction to the drugs.

Treatment for ADHD and Comorbid Disorders 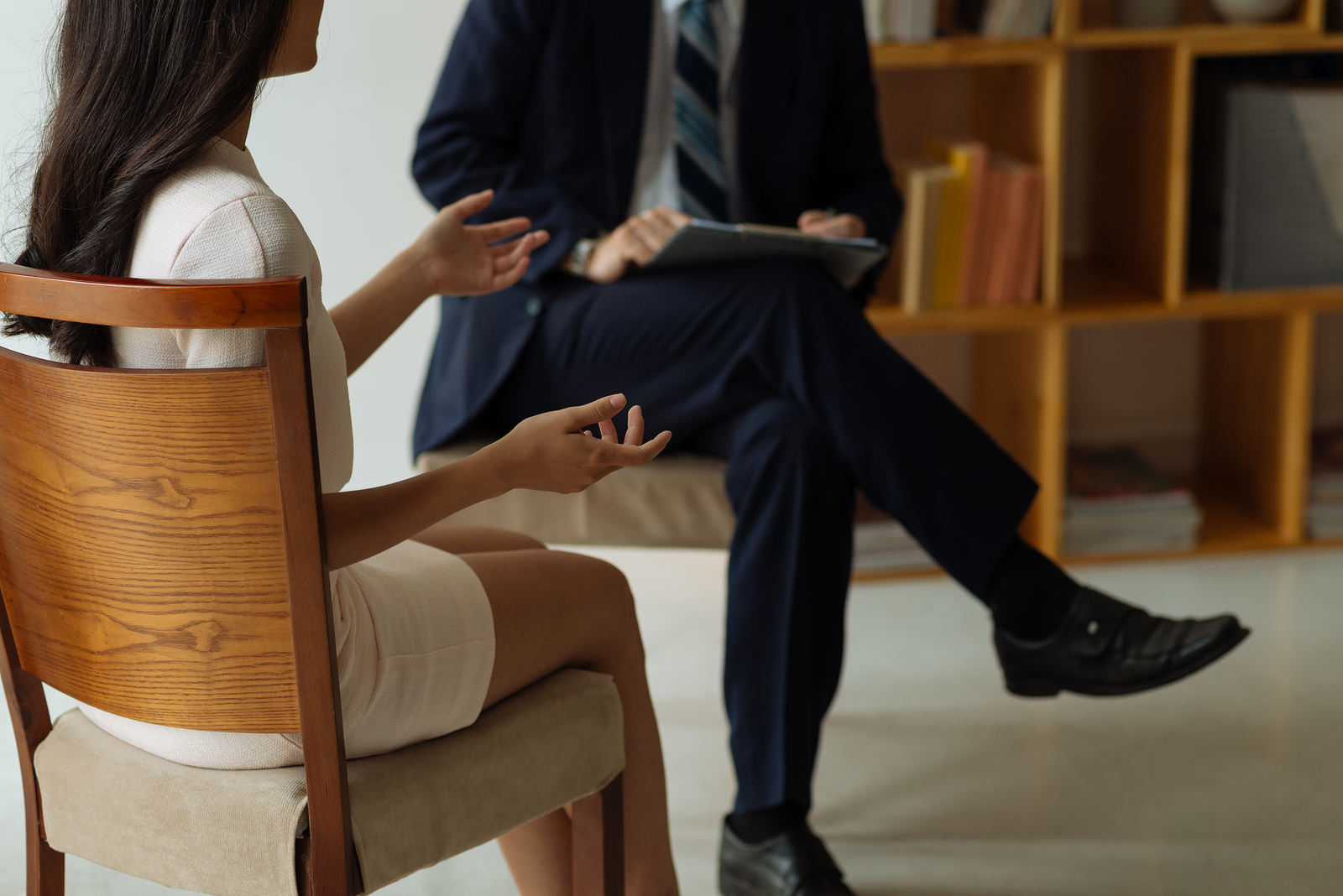 ADHD is commonly treated with stimulant medications containing amphetamine or methylphenidate, such as Adderall, Ritalin, or Concerta to name a few. These medications serve to positively change brain chemistry and reduce inattentive, hyperactive, and impulsive ADHD symptoms. Stimulants are also often abused, and an individual with a history of substance abuse or addiction may need to be closely monitored when taking them. Conversely, medical professionals may offer a nonstimulant medication like Strattera (atomoxetine) or an extended-release version of the stimulant drug that introduces small amounts of medication at a time.

ADAA estimates that about half of the adults battling ADHD also suffer from another comorbid anxiety disorder or from another mental health disorder, such as depression or bipolar disorder. Medical and mental health professionals may work together to form a comprehensive treatment plan that will likely use both medications and therapy methods to treat comorbid mental health and/or substance use disorders in an integrated and simultaneous fashion.

Behavioral therapy helps individuals to identify and understand the way that thoughts, behaviors, and actions all work together and learn how to successfully manage stress, anxiety, and potential negative triggers that may lead to self-destructive, impulsive, or explosive behaviors. Therapy for ADHD can help an individual learn important social and interpersonal skills. Therapy may also teach organizational habits, how to successfully schedule and complete activities, and methods for breaking down and making tasks more manageable. Reward systems may be beneficial, as well setting up small and attainable goals and rewards for achieving them.

Therapy sessions may be completed in an outpatient or residential setting, depending on the individual’s specific circumstances. For instance, an individual who is dependent on drugs or alcohol may benefit from the security and safety of a residential medical detox program to remove the toxins from the body and manage withdrawal symptoms and cravings while also controlling mental health symptoms.