Shifting moods are a part of everyday life for just about everyone; however, when these mood swings are extreme, prolonged, and affect everyday life then it may be a form of mental illness known as bipolar disorder. Just over 2.5 percent of the American adult population lives with a form of bipolar disorder, according to the National Institute of Mental Health (NIMH). More than 80 percent of these individuals have what is considered a severe form of the disorder that impacts and interferes with daily tasks and activities.

There are four main types of bipolar disorders in the most recent edition of the Diagnostic and Statistical Manual of Mental Disorders (DSM-5) as published by the Journal of Bipolar Disorders. These include:

NIMH also reports on a more severe form of bipolar disorder called rapid-cycling bipolar disorder that is diagnosed when a person has four or more major manic, depressive, or mixed episodes in a span of a year. Individuals battling any form of bipolar disorder may be more prone to abuse drugs or alcohol, as the journal Current Psychiatry estimates that around 60 percent will also develop a substance use disorder (SUD) within their lifetime. The abuse of substances decreases treatment efficiency and adherence, and it can make bipolar symptoms worse.

Highs and Lows of Bipolar Disorder

Bipolar disorder is a mood disorder with very high “highs,” or states of mania, and very low “lows,” or depressive episodes. Both manic and depressive episodes have their own specific characteristics and symptoms. Sometimes, they can occur together, which are called mixed episodes. Normal moods and periods of functioning may be common in between manic, depressive, or mixed episodes that can last for a period of days or even weeks at a time. These mood shifts can be extreme and sudden, although depressive and manic symptoms may range from mild to severe as well.

There is a broad spectrum of bipolar disorder symptoms. The easiest way to spot the disorder is to look for drastic mood shifts that disrupt normal functioning. The Anxiety and Depression Association of American (ADAA) publishes that a bipolar disorder may be diagnosed if at least three manic symptoms are present in an individual daily for at least a week and/or five depressive symptoms for a period of two weeks or longer.

Someone who may suffer from bipolar disorder may not believe that a problem exists and is likely to be in denial. NIMH reports that individuals who do seek help for bipolar disorder may be more likely to do so while suffering from a depressive episode, and this may mean that they could be misdiagnosed with depression instead of bipolar disorder. Substance abuse can also increase side effects and symptoms, and may make a diagnosis more difficult. 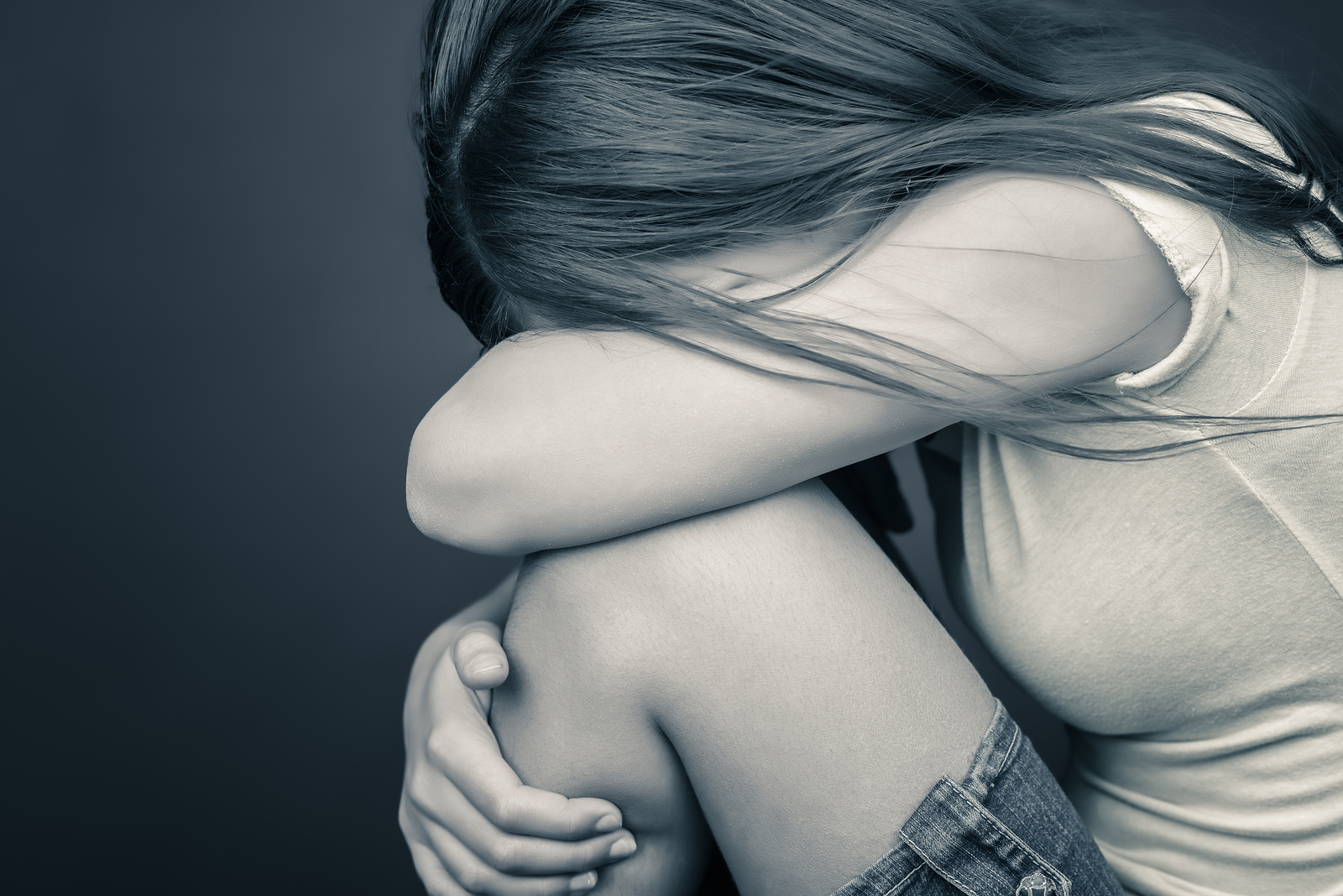 There is no known specific cause for bipolar disorder, and there is likely to be more than one factor at play in its development. Most of the time, bipolar disorder symptoms are present in late childhood or adolescence, and the disorder often manifests in early adulthood.

Genetic studies are as of yet inconclusive. While scientists do believe that there is likely some heritability of bipolar disorder, the evidence has not shown absolute proof to date. Brain regions are also thought to be involved in the development of bipolar disorder. A study published in Science Daily found that in the young people who were studied (who were between ages 7 and 18), there was less grey matter in the brains of those who experienced a psychotic episode before age 18. This could mean that specific brain functions and regions may be impaired.

The prefrontal cortex is part of the brain involved in making decisions and controlling impulses. This region of the brain doesn’t fully develop until early adulthood, which could account for why teenagers may make poor decisions at times and may suffer from a lack of impulse control. This may also account for why teenagers may abuse substances. Abusing substances before these regions of the brain are fully developed can cause long-term damage that may increase the risks for the onset of a future addiction to drugs or alcohol. Individuals diagnosed with bipolar disorder may have a disruption or underdevelopment in this region of the brain. This could relate to why risky behaviors, including substance abuse, may be so common in this population.

Alcohol and drugs may serve as a form of self-medication for an individual with bipolar disorder. Substance abuse may seem to help stabilize moods and provide relief from bipolar symptoms. This relief is short-lived however, as substance abuse not only makes bipolar symptoms worse, but may also increase the likelihood that these symptoms will appear in the first place.

Different substances of abuse may be used as an attempt to minimize specific bipolar symptoms, such as:

The journal Current Psychiatry estimates that almost half of all individuals who battle bipolar disorder will also suffer from an alcohol use disorder at some point in their lifetime. The National Institute on Alcohol Abuse and Alcoholism (NIAAA) estimates that individuals diagnosed with bipolar I disorder may also have comorbid alcohol abuse disorder at rates twice as high as the general public.

Alcohol abuse and addiction seem to be very common in those who battle bipolar disorder. Researchers tend to agree that a combination of genetic, environmental, overlapping brain vulnerabilities, and attempts to reduce symptoms may all be involved in the development of co-occurring alcoholism and bipolar disorder. Alcohol and bipolar disorder are a dangerous combination, however, as alcohol may amplify the manic or depressive side effects of bipolar disorder, increase potential episodes of psychosis, suicidal thoughts and/or behaviors, lower inhibitions, increase risk-taking behaviors, and lead to more hospitalizations.

When someone drinks alcohol, levels of dopamine in the brain are elevated. Dopamine is a neurotransmitter that tells the brain to feel happy, and over time, with repeated exposure to alcohol, the brain will stop producing this chemical messenger in the necessary amounts. A chronic drinker may then feel the need to drink more alcohol in order to keep feeling good, and a tolerance may develop. As time progresses, and with repeated bouts of heavy drinking, the brain chemistry may actually change. When alcohol leaves the body, a person is likely to feel withdrawal symptoms that may include anxiety, agitation, trouble sleeping, mental fog, confusion, trouble concentrating, short-term memory loss, depression, and irritability. These withdrawal side effects may also compound bipolar disorder symptoms.

Alcohol withdrawal can potentially be life-threatening in the form of delirium tremens, which is identified by seizures, severe confusion, fever, and psychosis. It is considered a medical emergency.

When an individual battles both alcohol dependence and bipolar disorder, an integrated treatment program that addresses both disorders simultaneously, potentially with medications and therapy models, is optimal.

Close to half of the individuals who suffer from bipolar disorder may attempt suicide at some point in their lives, the journal Psychiatric Times reports, and almost 19 percent of those who go untreated may actually commit suicide.

Bipolar disorder is often managed with the help of medications. The Journal of Bipolar Disorders publishes that lithium (Lithobid, Lithane), a commonly used mood stabilizer, may reduce suicidal ideations and attempts. Antidepressant medications may be used to reduce depressive symptoms; however, they should be taken with caution as they may cause a shift to mania. Valproate (Depakote) is another mood stabilizer approved by the U.S. Food and Drug Administration (FDA) to treat manic and mixed bipolar episodes.

Several medications that are useful for other purposes have shown indications that they are also effective in treating bipolar disorder. Psych Central reports, for instance,  that several atypical antipsychotic and antiseizure medications may also be beneficial during bipolar treatment even if they are not specifically approved by the FDA for this purpose. Medications used in this manner include carbamazepine (Tegretol), gabapentin (Neurontin), topiramate (Topamax), oxcarbazepine (Trileptal), and lamotrigine (Lamictal). NIMH also states that the following medications may be useful as well: lurasidone (Latuda), aripiprazole (Abilify), ziprazidone (Geodon), clozapine (Clozaril, FazaClo), risperidone (Risperdol), olanzapine (Zyprexa), and quetiapine (https://sdtreatmentcenter.com/seroquel-addictive/Seroquel).

Since substance abuse can interfere with bipolar disorder treatment, and illicit drugs or alcohol can interact negatively with many medications, someone with comorbid bipolar and substance abuse disorders requires specialized treatments and close monitoring of medications. Generally, a medical detox program in a secure and safe residential treatment center with around-the-clock supervision is needed as well.

Medical and mental health professionals must work together to develop a comprehensive treatment plan that will likely use both medications and research-based therapy methods during recovery.

Peer support groups are helpful during addiction recovery, although many 12-Step programs do not allow for any kind of mind-altering substance to be taken, and bipolar disorder often necessitates the use of medications during treatment. There may be other support groups that are more inclusive, however.

Learning how to recognize addiction and bipolar disorder is often the first step toward recovery. It is important to seek treatment that is capable of effectively treating both co-occurring disorders for a positive outcome of sustained recovery.