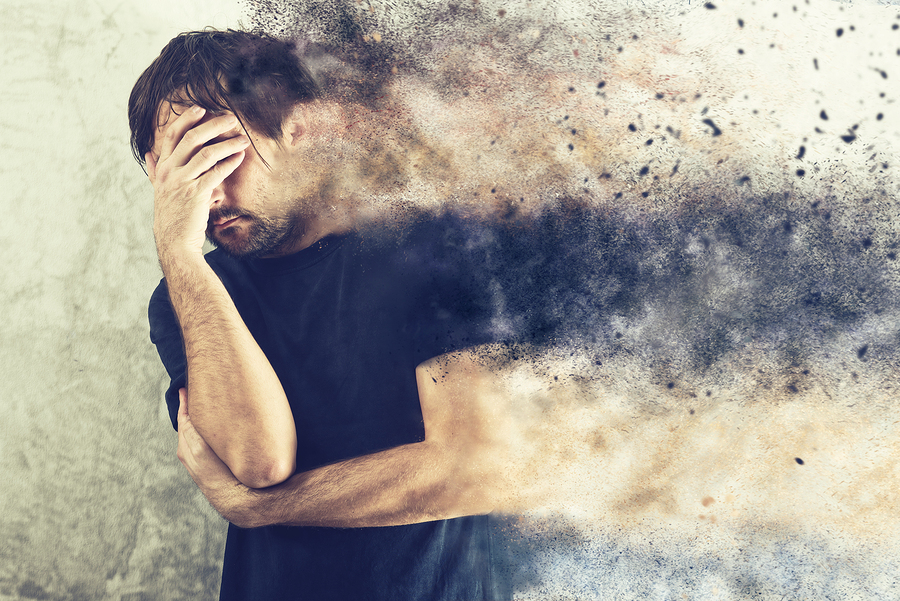 Bipolar disorder, also sometimes called manic-depressive disorder, is a mental health disorder that may be missed or initially misdiagnosed at rates approaching 70 percent of the time, according to the American Journal of Managed Care (AJMC). The American Psychological Association (APA) states that bipolar disorder is diagnosable when an individual experiences highly magnified emotions, lasting at least a week, that may swing from euphoric to depressed; an individual battling bipolar disorder may not always experience depressive episodes, but will have a history of manic episodes.

The Mental Health Surveillance Study (MHSS) performed by the Substance Abuse and Mental Health Services Administration (SAMHSA) reported that 7.4 percent of adults in the United States were classified as having a mood disorder between 2008 and 2012. Bipolar disorder is considered a mood disorder that about 4 percent of Americans may be diagnosed with in their lifetime, according to the Centers for Disease Control and Prevention, or CDC, with the average age of onset being 25 years old.

There are two main types of bipolar disorder,  bipolar I and bipolar II, and a few other potentially less common types as well, including cyclothymic disorder, rapid-cycling bipolar disorder, and other specific bipolar-related disorders. Bipolar I is indicated by at least one manic episode and potentially also hypomanic or depressive symptoms, while bipolar II includes at least depressive episode and hypomania without a full-blown manic episode. Individuals suffering from bipolar disorder will suffer manic or depressive episodes that interfere with daily life tasks and functioning. They may have psychotic side effects that can lead to a break from reality.

When symptoms don’t quite fit into any of these types of bipolar disorder diagnoses and are still outside of the normal range of emotional shifts or moods, they may fall into a bipolar-related disorder category. NIMH estimates that 2.6 percent of the adult population in the United States may suffer from a form of bipolar disorder in a given year, while 2.2 percent battle a severe form of the mental health disorder.

Symptoms of a Manic Episode

Mania is when moods are significantly elevated, and individuals may feel good and even happy. There is a range of manic symptoms, from increased euphoria all the way to hallucinations and delusions. Energy and activity levels are higher during a manic episode than what are considered normal, and an individual may be more talkative and outgoing than usual. Other common symptoms of mania include:

Mayo Clinic reports that three mania symptoms lasting a week, or consistent hypomanic symptoms lasting four days in a row, may be cause for a bipolar disorder diagnosis. In an individual battling bipolar disorder, these symptoms will be beyond their “normal” range of behaviors or emotions. A manic episode may last for days, weeks, or even months, negatively affect work or school performance, and interfere with obligations and everyday activities. These symptoms are noticeable and may lead to hospitalization in order to prevent injury, harm to others, or self-destructive behaviors. Psychotic side effects during a manic episode may be especially dangerous and require immediate medical attention. Hypomania is considered a less severe form of mania that still may disrupt life functions and may be noticeable to family and friends as outside of the normal range of emotions or mood swings.

Mania may present as irritable behavior, not just as elevated mood. When this is the case, generally four irritable symptoms are required to be present for a diagnosis of bipolar disorder.

More than half – around 60 percent according to the journal Current Psychiatry – of individuals battling bipolar disorder will also suffer from a substance abuse disorder within their lifetime. Drugs and alcohol may increase symptoms of mania and potentially even trigger a manic episode.

Substance abuse is especially problematic in someone suffering from bipolar disorder. Even though drugs or alcohol may initially seem to soothe bipolar symptoms and appear to regulate mood swings, substance abuse actually increases the side effects of the disorder in the long run and makes treatment more difficult. Drugs and alcohol make changes to the circuitry in the brain related to motivation, reward, and pleasure. Substance dependence can alter these regions, causing withdrawal symptoms like anxiety and depression that may trigger a bipolar depressive episode.

In 2013, the National Survey of Drug Use and Health (NSDUH) published that 15.7 million Americans suffered from a major depressive episode in the prior 12 months (which was 6.7 percent of the adult population). NIMH reports that an individual battling bipolar disorder may be more prone to seek treatment for the disorder when experiencing a depressive episode, which may make it more likely for the disorder to misdiagnosed as depression.

The Anxiety and Depression Association of America (ADAA) states that a major depressive episode is characterized by at least five depressive symptoms that persist for a period of two weeks and disrupt everyday life tasks and the ability to function normally within society. The shift from mania to depression may be slow the majority of the time in someone battling bipolar disorder, although mood swings can be unpredictable and sudden as well. A depressive episode may be recognizable by the following symptoms:

Just like manic symptoms, depressive symptoms may range from mild to more severe and may be noticeable to family and loved ones as beyond what is typical. Suicide is a legitimate risk factor for an individual suffering from bipolar disorder. AJMC estimates that the risk may be up to 20 times higher for these individuals than someone who doesn’t have the disorder. Depressive symptoms may be exacerbated by addiction and withdrawal from many drugs and/or alcohol as well.

Sometimes, an individual battling bipolar disorder may experience a mixture of both manic and depressive symptoms simultaneously, as mixed symptoms or a mixed episode. NIMH reports that a mixed episode may have some of the following symptoms present:

The most recent Diagnostic and Statistical Manual of Mental Disorders – 5th edition (DSM-5) recognizes that it can be hard for clinicians to recognize both mania and simultaneous depression. Therefore, MedPage Today reports that a mixed episode has been modified to include these symptoms as mixed features that may be indicative of mania, hypomania, or depression. Anxiety may be an atypical feature of bipolar disorder that doesn’t fit into the manic or depressive highs and lows, but it may still be present in an individual suffering from the disorder.

Bipolar disorder symptoms can be managed with mood stabilizers, antidepressants, antipsychotics, and even anticonvulsant medications. Atypical pharmacological approaches and therapy methods may be used as well. The rate of inpatient hospitalization is high at close to 40 percent, according to the CDC, as compared to the rate of 4.5 percent for other behavioral health concerns. For bipolar disorder, residential treatment is generally recommended.