Overdosing on Lithium: Is It Possible? With What Dosage? 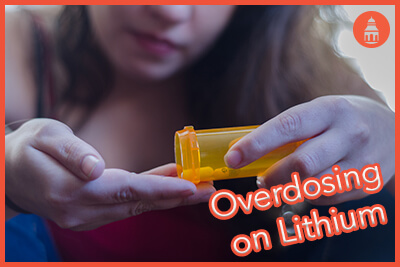 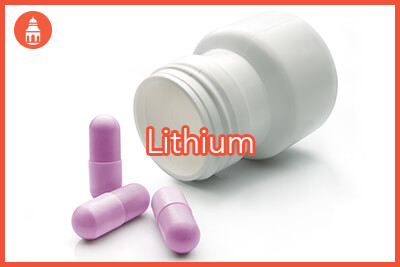 Lithium is a prescription medication that is one of the older medications used for the treatment of bipolar disorder. Lithium is no longer prescribed as often is it once was for the treatment of bipolar disorder and related disorders because other mood stabilizers have fewer side effects and are at least as effective as lithium.

The mechanism of action for the medication is not well understood. Lithium is actually a soft metal and also found in other products, including batteries, soldering products, and other industrial products.

As a medication, lithium is sold under various different brand names that include Eskalith, Eskalith CR, Lithobid, and Lithate. There are immediate-release and extended-release forms of the drug.

Overdose effects can occur at as low as 1.0 mmol/l in some people. The window between a therapeutic dose and an overdose or potential lethal dose can be quite narrow. Doses are typically between 900 mg and 1200 mg per day, but again, the level of the drug in the blood is monitored and a dose that maintains that level is used.

Lithium has numerous interactions with other drugs. The potential toxic effects of lithium can be enhanced by using numerous other drugs.

Doses of lithium for those with bipolar disorder are determined by the person’s gender, weight, and other variables, and the therapeutic level of the drug in a person’s system.

There are three types of toxicity or overdoses to lithium:

According to Rosen’s Emergency Medicine, symptoms can be different for acute and chronic overdose cases (toxicity cases). The symptoms of acute lithium toxicity include:

The symptoms of acute-on-chronic lithium toxicity will often be a combination of acute symptoms and more chronic symptoms, and they will often include gastrointestinal and neurological symptoms.

What to Do if a Lithium Overdose Is Suspected

Obviously, lithium toxicity can be serious and potentially fatal due to significant neurological issues or kidney failure that can occur. Seizures can be fatal. In cases of acute toxicity (acute overdose), one should call 911; in cases of suspected chronic toxicity, one should discuss the situation with their prescribing physician.

Emergency services may ask for some information when an acute overdose is suspected. This information includes:

During treatment, the treatment provider will monitor the person’s vital signs and address any specific symptoms that are displayed. Some of the potential treatments include:

The outlook for the person depends on how much lithium they used and how quickly they were able to get help. The goal of treatment is to avoid issues with renal failure and central nervous system symptoms and to address and reverse these symptoms as quickly as possible if they occur. Sometimes individuals who have tremors and other central nervous system symptoms may continue to display these symptoms even after treatment has been completed.

Individuals who experience seizures can potentially die, and extremely high doses/levels of lithium are potentially fatal. Chronic exposures are often very difficult to detect, and if left unchecked for too long, there may be permanent damage.