Is Seroquel Addictive? (What Counts as Abuse?) 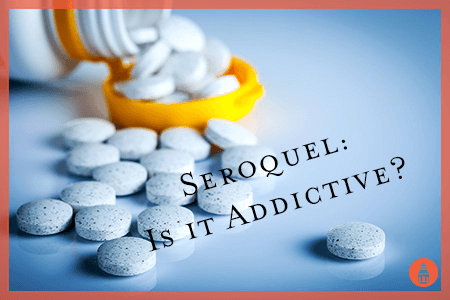 Seroquel is a brand name for the generic drug quetiapine. It is a second generation antipsychotic and atypical antipsychotic that is used to treat bipolar disorder, major depression, and schizophrenia in adults. It is also used to treat children over the age of 10 for bipolar disorder and over the age of 13 for depression. It comes in immediate-release and extended-release tablets.

The main function of Seroquel is to increase the levels of serotonin and dopamine in the brain, which are the chemicals that are deficient in someone who is experiencing a depressive episode, either within the context of major depressive disorder (MDD) or bipolar disorder.

Seroquel is also used off-label for many conditions. It is commonly prescribed for anxiety, insomnia, and even to help in the treatment of certain addictions.

What Are the Uses of Seroquel?

According to the company’s website for SeroquelXR (extended-release version), there are primary indicated uses for Seroquel. They include:

According to the Office of Alcoholism and Substance Abuse Services (OASAS), Seroquel is sometimes deliberately abused. While Seroquel is often abused on its own, it is also abused in combination with cocaine, with the Seroquel pills crushed into powder and snorted though the nose. OASAS claims that the basis for abuse of this drug is its tendency to make people sleepy or very relaxed. OASAS reports stories from prisons in which prisoners faked psychotic symptoms in order to be prescribed Seroquel.

Even people who regularly abuse drugs disagree on whether it’s possible to get a good enough high on Seroquel for it to be worth seeking out and self-administering. Nevertheless, Seroquel is among a number of antipsychotic and antidepressant medications that are sought out by recreational users. 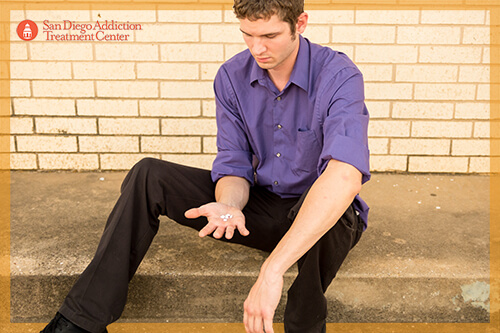 In addition to recreational use, some people who abuse Seroquel are self-medicating for disorders such as anxiety, mood disorders, or panic disorders. The relaxing properties of Seroquel help them to feel calm, but since Seroquel is not indicated for these disorders, they risk harmful side effects.

According to the National Alliance on Mental Illness, Seroquel is not addictive to those who use the medication according to their healthcare providers’ instructions for one of its indicated uses. Even so, when individuals stop using the medication, they may experience rebound symptoms and increased symptoms of the disorder Seroquel was intended to treat.

Seroquel is a legitimate course of treatment for those suffering from bipolar disorder, schizophrenia, and MDD, but its unique properties may lead to abuse by those who do not have these disorders.

In addition to its serotonin- and dopamine-enhancing qualities, which are only effective for those who have such a deficiency, Seroquel is a powerful sedative. This leads to abuse by some medical authorities for populations that have little control over what they are taking.

The Post article suggests that the use of this powerful sedative is a “chemical restraint,” used to keep juvenile inmates calm and easily manageable.

The other group of people likely to abuse Seroquel are those who are already using drugs recreationally, rather than medically. Seroquel can be crushed and snorted, or diluted in water and injected, if the user wishes to use it alone. That being said, Seroquel is seldom abused on its own. It is used in conjunction with other substances, most frequently cocaine, in order to provide control for manic behaviors and “bad trips.” Those suffering the ill effects of one drug often take Seroquel to reduce the effects of the primary substance or to induce sleep when the adverse symptoms occur. It can also speed up recovery from drug intoxication and help a person become sober.

The consensus among both the medical establishment and recreational Seroquel abusers is that Seroquel is not physically addictive. However, it is effective at treating many mental health disorders, and when it is stopped, those disorders return along with possible withdrawal symptoms. This makes weaning off or stopping Seroquel difficult and unpleasant, and it suggests that the addiction question is far from settled.

According to Mental Health Daily,  some of the symptoms people who are trying to stop using Seroquel experience include:

Seroquel leaves the body after about 36 hours, but it takes the body much longer to adjust to not having it present. The symptoms listed above could last a few days or a few months; unless they were presenting symptoms, they should subside eventually.

Getting Treatment for Seroquel Addiction

The first step in entering recovery from a Seroquel addiction is to undergo detox. Although detox can be an unpleasant process, medications and other care can help make it more comfortable.

Once Seroquel is out of the body, the next step is to treat the problem that led the person to abuse the drug in the first place. Sometimes, untreated anxiety, insomnia, or mood swings led to the substance abuse. There are medications specifically formulated to treat these conditions if medication is necessary. If the issue is not medical but emotional, a trained therapist dealing in addiction and recovery issues can help the person process the feelings that must be addressed.

Seroquel is a lifesaving medication for many people, but it is to be taken seriously and sparingly. It is the fifth most prescribed medication in the United States, which suggests that its power for both good and harm have been underestimated. Whether or not Seroquel is truly addictive has not been definitively determined, but what is known is that it is a powerful medication.