California has earned its nickname as the Golden State. Not only is California home to 39.14 million residents, but also Hollywood, the Golden Gate Bridge, 10 national parks, 18 national forests, and 278 state parks and beaches. It’s no small wonder that the entire country seems to always have an awareness of this state. Yet California also stands out in the American psyche as the home of much recreational marijuana use. This perception is not entirely accurate. According to CBS News, a 2009 survey ranked California 10th overall in marijuana use in the United States.

To understand marijuana use in California, it is critical to not only look at statistics but also to understand the prevailing cannabis laws. The legal landscape has been shifting with a frequency that can make it hard to pin down the exact legal status of marijuana in California. This article will help to bring readers up to date on California cannabis laws. The legality of marijuana aside, those individuals who are abusing this drug are advised to seek treatment. 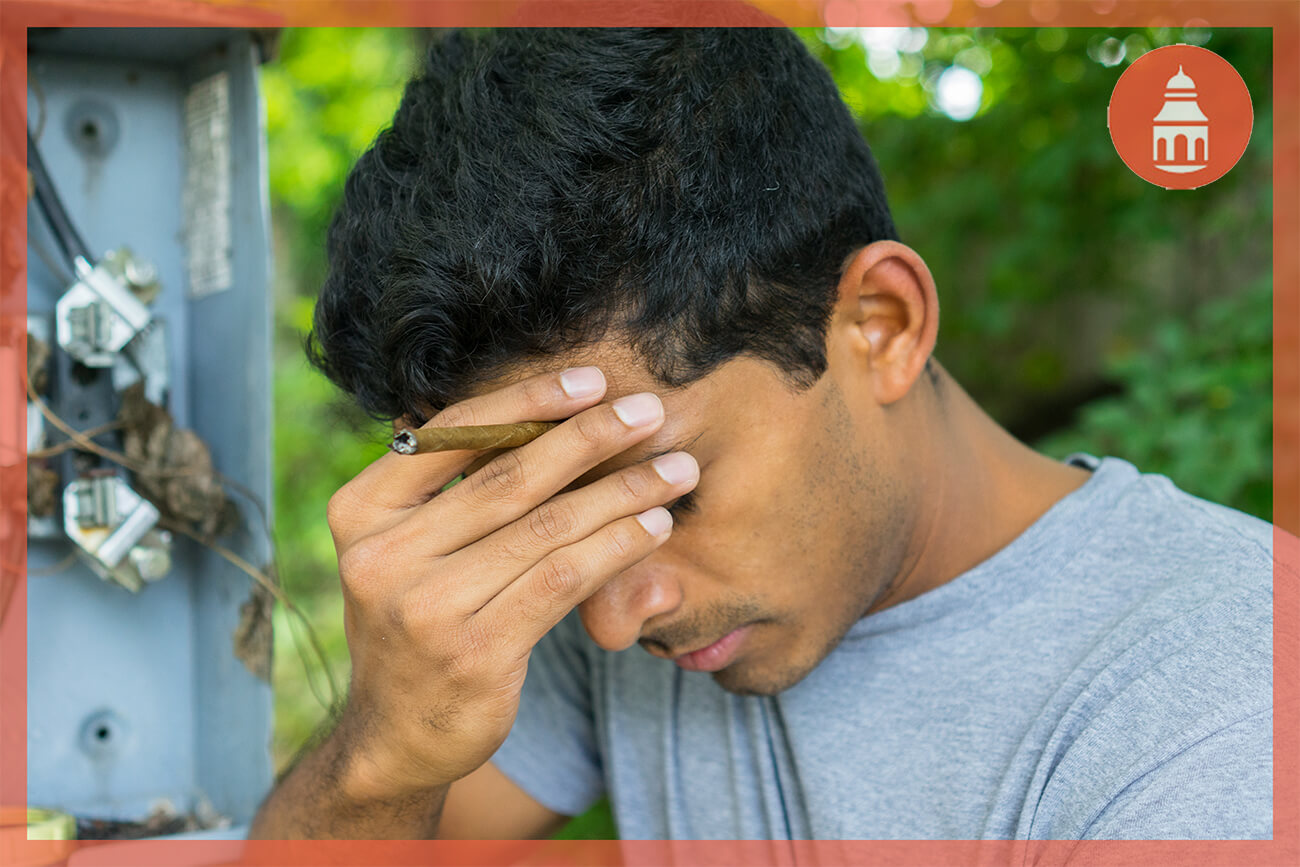 The 2015 National Survey on Drug Use and Health, a comprehensive go-to source of information, did not provide any California specific data. Still, the survey sheds light on marijuana use across the US, providing a benchmark against which to consider use in California.

Marijuana use is considered illegal at the federal level. Since the survey is federally sponsored, it refers to it as an illegal substance even though it has collected data from states that do not characterize marijuana this way.

The following is an excerpt from the survey’s findings regarding marijuana:

There does not appear to be extensive information available about marijuana abuse by the numbers in California. However, a look at different statistics can provide a picture of the extent of marijuana use in California. One survey revealed the following medical marijuana use numbers: a total of 758,607 out of a population of 39,144,818. According to the National Substance Abuse Index, in 2006, at least 199,923 people sought substance abuse treatment in California. Of that group, 26,044 were admitted with marijuana indicated as the primary drug of abuse.

The following are some additional California drug use and abuse statistics:

A review of the marijuana use statistics in California reflects an important truth: Irrespective of the legal status of marijuana, it remains an addictive drug. Some states place marijuana in the same illegal league as street drugs. Other states consider marijuana to be more like nicotine and alcohol: addictive but legal to use. As this discussion moves on to the legal status of marijuana, it remains imperative to keep in mind information on marijuana dependence and addiction from the National Institute on Drug Abuse (NIDA). As NIDA notes, of the people who use marijuana, an estimated 9 percent will become physically dependent on this drug.

A person does not need to be a legal professional to understand California cannabis laws, but it is important to keep the different rules in mind to avoid engaging in criminal activity. Californians, on November 8, 2016, voted to approve Proposition 64, also known as the Adult Use of Marijuana Act (AUMA). Proposition 64 won 57 percent to 43 percent, hardly a landslide but enough to make new law.

The following highlights should not be taken as legal advice; rather, the information provides insight into the legal landscape of cannabis in California:

Irrespective of one’s personal beliefs around marijuana, a 2014 study, reported in The Washington Post, showed teenagers might not be negatively affected by decriminalization. The Center on Juvenile and Criminal Justice conducted the study. The study does not suggest that decriminalizing marijuana caused the findings, but the results are open to interpretation. The study looked at California and found that some general risks teenagers faced had dropped. Those areas were violent deaths, school dropout rates, driving while under the influence, suicide, drug overdose deaths, criminal arrests, and property crime arrests.

The true impact of marijuana decriminalization in California cannot be exactly assessed. From the standpoint of economics, taxing marijuana (e.g., sales at licensed shops in 2018) will generate revenue whereas the law enforcement and imprisonment costs associated with criminalization drew money out of the state’s coffers.

On the individual level, recreational marijuana use is an option in California. One effect of decriminalization is that one disincentive – breaking the law – is removed. While the initial decision to use marijuana may be voluntarily, over time and with continuous use (especially heavy use), the use may feel involuntary. A hallmark of physical dependence and addiction is that a person feels the need to use marijuana. At that point, and even earlier, it is advisable to seek help from an addiction treatment professional.

As noted, the National Institute on Drug Abuse (NIDA) reports that approximately 9 percent of people (overall) who use marijuana will develop physical dependence on this drug. There are different factors involved in why some marijuana users develop physical dependence while others do not. Factors include the age at which a person starts, the volume of use, and the frequency. According to NIDA, of marijuana users who start using this drug in their teens, an estimated 17 percent will become physically dependent. NIDA has also found that among those who use marijuana daily, as many as 25-50 percent may develop a physical dependence. In short, whenever a person abuses marijuana, there is a risk of physical dependence, which may progress to addiction. The risk factors indicate who may be the most likely to become physically dependent, but anyone can.

NIDA provides the public with extensive helpful information about all drugs of abuse.

NIDA has gathered the following insights about marijuana use and abuse:

Treatment for drug abuse has three main phases: detoxification, treatment for the addiction, and aftercare. Detoxification is, as a matter of biological necessity, the first phase of treatment but is not sufficient to end addiction. Medically supervised detox from marijuana can occur in a detox center at a rehab center, at a standalone detox facility, or in a hospital.

Once a person is ready to receive drug addiction recovery services, the attending addiction team will create a tailored treatment plan. Medications will be considered, but the U.S. Food and Drug Administration has not approved any medications for marijuana abuse prevention or recovery, though research is ongoing in this area. For instance, some researchers are looking at sleep medications to improve marijuana withdrawal symptoms during detox. To help prevent marijuana abuse, there is research into chemicals called allosteric modulators, which may be able to stop people from getting a high from cannabis use.

Behavioral therapy is a critical part of the marijuana abuse recovery process.

According to NIDA, the following behavioral therapies have specifically been studied in this context and shown to be effective (though other therapies can be, and are, adapted to marijuana abuse treatment):

An accredited treatment program will, as mentioned, tailor treatment to the specific needs of clients by drawing from the different type of services offered. The treatments should be evidence-based, which means that they have been studied specifically in the context of drug treatment. At present, admission to an inpatient or outpatient drug rehab program is the most advisable step to take to overcome drug abuse. As this article has emphasized, individuals should never ignore the addictiveness of marijuana because it’s medical or recreational use is legal in their home state.