What Is Hoarding Disorder?

Individuals formally diagnosed with hoarding disorder may also be rated based on their level of insight into their hoarding behavior, such that:

Hoarding disorder can also be diagnosed with a specifier: hoarding disorder with excessive acquisition. This added specifier occurs in cases where the person has an extremely high number of items that are obtained through excessive buying, saving, or even stealing. Individuals given this specifier in addition to their hoarding disorder diagnosis typically have more severe manifestations of the disorder.

The diagnosis of excessive hoarding was originally considered to be a subtype of obsessive-compulsive disorder (OCD), and individuals with compulsive hoarding behaviors were diagnosed with OCD. However, research targeted at understanding the various manifestations of OCD indicated that there were significant differences between individuals with hoarding disorder and those with OCD in relation to their behaviors, beliefs, and the neurobiological associations related to their disorder. Thus, in the latest diagnostic scheme as presented in the DSM-5, hoarding disorder became a separate but related diagnosis to OCD.  Hoarding disorder is listed in the category of obsessive-compulsive and related disorders, which is a new category in the DSM-5, separating these disorders from anxiety disorders.

Previously, the diagnoses of OCD and a hoarding subtype of OCD were classified as anxiety disorders because it was believed that the major driving force behind these disorders was anxiety associated with the obsessions (repetitive thoughts) and compulsions (repetitive behaviors) that these people displayed. Research has indicated that while individuals with these disorders do suffer from anxiety, the actual presentation of the disorders is far more complicated than once envisioned. As a result, they are now placed in their own category even though there is a significant amount of anxiety associated with them.

Is Hoarding Disorder a Form of Addiction? 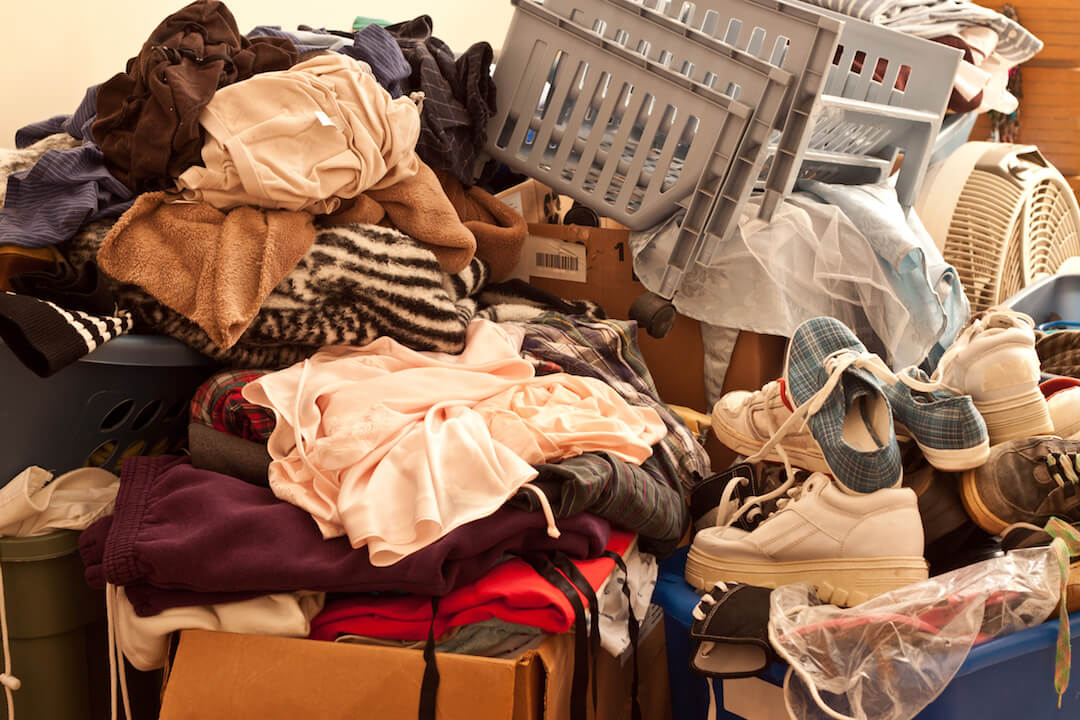 Because of the presentation of hoarding disorder in the popular media, many individuals may be under the impression that compulsive hoarding or hoarding disorder represents a form of addiction. However, the current classification of these disorders indicates that they represent separate clinical diagnostic categories.

The first line of evidence supporting the notion that hoarding disorders and addictions (substance use disorders) are separate diagnostic categories comes from neurobiological evidence that suggests that the two disorders are separate diagnoses. This involves much of the same research regarding the neurobiological associations in compulsive hoarding that also resulted in it receiving a separate diagnostic category from OCD. The second major line of evidence indicates that the maintenance of addictive behaviors is fueled by reinforcement or pleasure, whereas the maintenance of compulsive behavior, such as hoarding, is fueled by an avoidance of discomfort (e.g., avoiding anxiety associated with perceived loss). Thus, the distinction between compulsive type behaviors and addictions are based on very subtle but significant neurobiological and psychological clinical differences in how these behaviors present in each disorder.

Thus, while individuals with compulsive behaviors like hoarding disorder appear on the surface to have an addiction to keeping useless possessions, the clinical designation separates the two into mutually exclusive categories. Clinical diagnoses have a number of functions, and one of the major functions of a formal diagnosis is to specify a formal treatment approach based on the features of the diagnosis. This clinical designation between addiction and compulsive behaviors may be perceived as subtle and simply a semantic difference to some; however, in the formal treatment of these disorders, it does have quite a bit of utility, and these disorders have different treatment protocols associated with them. For example, even though Cognitive Behavioral Therapy is useful in the treatment of substance use disorders and hoarding disorders, the actual delivery and focus of the therapy are quite different for both of these disorders.

Because it is a new standalone disorder, APA has not released current estimates of its prevalence; however, the symptoms of hoarding disorder probably present themselves early in individuals (e.g., adolescence and young adulthood), and the disorder is more often noticed in older adults. For example, APA reports that hoarding symptoms are nearly three times more common in older adults between the ages of 55 and 94 than in younger adults between the ages of 34 and 44. It is estimated that anywhere between 700,000 and 1.5 million people may display significant compulsive hoarding symptoms in the United States.

Medications are typically not considered to be standalone treatments for hoarding disorder, and currently, the gold standard in the treatment of hoarding disorder is Cognitive Behavioral Therapy (CBT). CBT is a form of therapy that concentrates on addressing an individual’s belief system and modifying their belief system along with modifying their actual behavior. The CBT techniques used to treat hoarding disorder include restructuring the individual’s thoughts and beliefs regarding discarding items, learning to recognize when items are useless, and challenging the individual to ascertain between the dysfunctional aspects of their behavior and acceptable notions of being thrifty or frugal.

Thus, some of the more successful treatment interventions involve the use of specific cognitive-behavioral techniques, such as thought restructuring on an individual level and the participation of the family, including formal family therapy, to help the individual to address their behavior and discard of many of their unwanted items.

However, there are a number of cases that need long-term care, and in these cases, rates of relapse may be extremely high if the family does not enforce some type of long-term follow-up program.

Individuals with co-occurring disorders need to be addressed with treatment that is delivered by a multidisciplinary team. This type of approach is often referred to as an integrated treatment approach, where team members work together and address the person’s issues in their entirety. The multidisciplinary team will most often consist of a number of different physicians, therapists (e.g., counselors, social workers, psychologists, etc.), other treatment providers, and case managers. These individuals form a dynamic treatment plan for the person that addresses all issues, and then, the specialists work together in order to deliver an effective comprehensive treatment program for the individual. Specialists will treat the individual’s hoarding disorder, substance use disorder, and other issues separately; however, the team will stay in close contact so all treatment recommendations and therapeutic interventions are compatible with the individual’s full recovery. This ensures that the treatment program is effective, follows empirically validated principles of treatment, and is personalized.

The integrated treatment approach should also include the active participation of family members, and in many cases, it should include formal family therapy. Other important interventions that are pertinent to the particular case can also be included, such as vocational rehabilitation or training, tutoring for school, occupational therapy, and certain types of complementary and alternative therapies, such as music or art therapy.