Impulsivity and the way people control their reactions to urges are often considered part of their personality. While some people may easily be able to refrain from engaging in behaviors that may be harmful to themselves or others, individuals suffering from impulse control disorders may be unable to control these urges.

Impulses, and control over them, are partially regulated by the prefrontal cortex. The signals passed through the brain and its synapses, and disruptions in these brain functions, may be a factor in impulse control disorders, substance abuse, and addiction, the Journal of Neuroscience reports. Individuals who suffer from impulse control disorders are unable to control their self-destructive, disruptive, or harmful behaviors. Scientists do not know exactly what causes the manifestation of an impulse control disorder, but Psych Central postulates that biology, genetics, environmental, and emotional factors may all be involved.

Other disorders involving difficulties controlling urges used to be considered impulse control disorders in the past, although the most recent Diagnostic and Statistical Manual of Mental Disorders, the DSM-5, moved disorders like trichotillomania (compulsive hair pulling) and pathological gambling (inability to stop gambling regardless of outcome or potential consequences) out of the impulse control disorder category and into the chapters on obsessive-compulsive disorder and substance use or addictive disorders respectively.

An impulse control disorder is a behavioral disorder that relates to the inability to control emotions or behaviors, resulting in the violation of others’ rights or significant conflicts with societal norms, the American Psychological Association (APA) publishes. When people battle an impulse control disorder, they may feel built-up, or increased, tension that is temporarily relieved when they commit the compulsive act. That tension is often followed with feelings of shame, regret, or guilt.

The journal JAMA Psychiatry reports that almost 25 percent of Americans surveyed had lifetime prevalence of an impulse control disorder. The journal Psychiatric Times publishes that kleptomania may be more common in females while both intermittent explosive disorder and pyromania are more prevalent in males. Impulse control disorders can affect the ability to live a normal life, impacting social and interpersonal relationships and even having potential criminal ramifications.

Impulse control disorders are often considered behavioral addictions, Psychiatric Times reports. They may co-occur with alcohol and drug abuse at rates between 20 and 50 percent, the American Journal of Drug and Alcohol Abuse publishes. Impulse control disorders are similar to addictive disorders in that they both indicate a lack of control over urges and cravings, and relief comes from performing certain actions (e.g., setting a fire or abusing drugs). 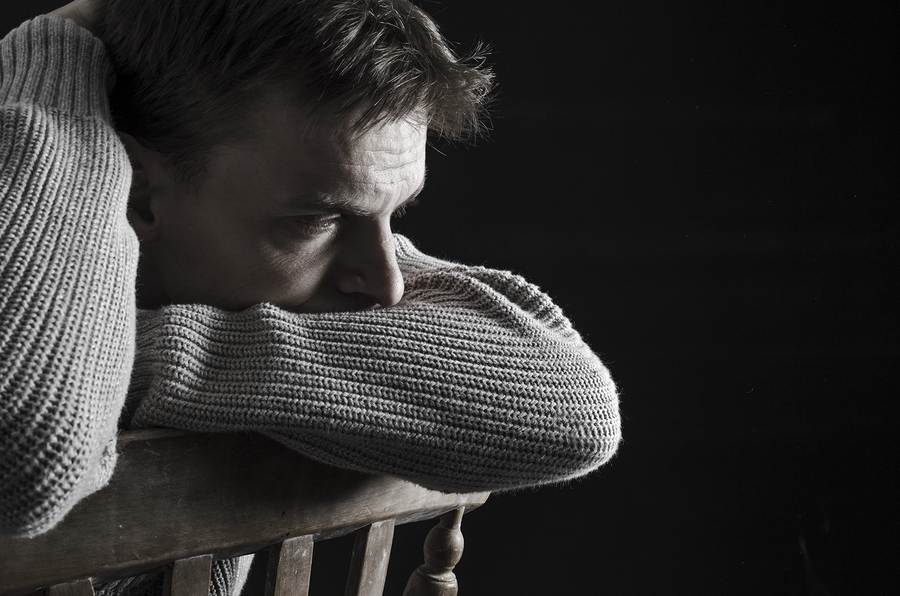 Some of the same indicators for a substance abuse disorder may be involved in the onset of an impulse control disorder, including biological and genetic factors, the journal Biochemical Pharmacology publishes. There are several neurotransmitters that may be involved in mood regulation and controlling impulses. Dopamine, for example, is one of the brain’s natural chemicals that tells a person when to feel happy. Drugs and alcohol can artificially increase the levels of dopamine in the brain and lead to a rush of pleasure, or a “high.” Disruptions in dopamine levels may predispose someone to abuse these mind-altering substances as a method to self-medicate symptoms of low or depressed moods. When dopamine levels are consistently interfered with, the brain may need the interaction of the psychoactive substance in order to produce feelings of pleasure. This can lead to drug dependence and addiction, as drug cravings and drug-seeking behaviors become compulsive and uncontrollable. A similar interaction may occur in those battling an impulse control disorder, as the fulfillment of their urges may release a flood of dopamine, similarly disrupting these chemical pathways in the brain and leading to the repetition of these behaviors, thus reinforcing the negative behaviors.

Impulse control disorder may lead to substance abuse, as using illicit drugs or drinking to excess may be forms of self-harming, or risky behaviors, that are unable to be controlled properly. Impulse control disorders often manifest early as well, around an average age of 11, the journal JAMA Psychiatry publishes. This early onset may increase the odds for turning to drugs or alcohol as a coping mechanism to deal with the disorder. Early abuse of drugs or alcohol makes it more likely that an individual will struggle with alcohol or drug abuse or dependency issues later in life. This is because abuse of these substances before the brain is fully developed can actually further damage the regions involved in emotional regulation, decision-making, memory, and impulse control, the National Institute on Drug Abuse (NIDA) reports.

The Substance Abuse and Mental Health Services Administration (SAMHSA) estimates that close to 9 million Americans suffer from co-occurring mental health and substance abuse disorders. Both impulse control disorder and substance abuse disorder are treatable, and treatment often begins with recognition that a potential problem may exist. Some of the signs to be aware of that may indicate that a loved one is struggling with a co-occurring impulse control disorder and drug or alcohol abuse include:

Proper treatment for both substance abuse and impulse control disorder can greatly reduce the potential negative consequences for both disorders and improve overall quality of life.

Treatment for These Co-occurring Disorders

While a behavioral addiction, such as an impulse control disorder, does not have physiological withdrawal symptoms, drug or alcohol dependence often does; therefore, treatment for co-occurring disorders often begins with medical detox in order to safely remove psychoactive substances from the body.

At present, there are no medications that are FDA-approved for the treatment of an impulse control disorder, the journal Current Psychiatry publishes; however, there are several pharmacological treatments that have shown promise in the treatment of these disorders. Naltrexone is an opioid antagonist that is used in the treatment of both alcohol and opioid dependence, and it may be helpful in decreasing urges and cravings in those battling an impulse control disorder. Antidepressants and mood stabilizers may also be useful in helping to increase levels of the pleasure-inducing neurotransmitters dopamine and serotonin, or the inhibitory and natural tranquilizing neurotransmitter gamma-aminobutyric acid (GABA), Psychiatric Times reports.

It is important to note that medical and mental health professionals should work closely with substance abuse treatment providers during treatment, as some of these drugs may not be conducive for use in the treatment of certain populations. Benzodiazepines are common mood stabilizers and anticonvulsant medications that may be useful in treating impulse control disorders, for example, but these medications have a high potential for abuse and dependency. As a result, they may not be recommended for someone with a history of substance abuse.

In addition to pharmacological methods, behavioral therapies and therapeutic methods may also be helpful when used in an integrated treatment model for the care of both impulse control disorders and substance abuse. Through therapy and counseling sessions, individuals can learn how to regulate their emotions and handle their impulses in a more constructive manner.

Coping mechanisms and tools for regulating anger and controlling urges are explored, and homework may be given in between sessions. Mindful meditation, yoga, and other holistic methods may be useful in learning how to better regulate emotions and control aggression.

Impulse control disorders often co-occur with other psychological disorders in addition to substance abuse, such as mood or anxiety disorders, the journal Frontiers in Psychiatry reports. A comprehensive mental health and medical evaluation, as well as a drug abuse assessment, can help treatment providers to design and implement a treatment plan that is specific to the needs of the individual. Treatments for impulse control disorder are being researched and improved upon regularly.