New psychoactive substances (NPSs) are chemicals sold as recreational drugs under names like research chemicals or legal highs. In many instances, the chemicals making up these unpredictable and potent drugs were researched decades ago when pharmaceutical companies sought new treatments for chronic pain, seizure disorders, or mental illnesses. However, after some initial research, the chemicals were not moved to testing, production, and prescription; instead, the formulas were stored in databases, which were moved online and have now been mined for information on potentially intoxicating drugs.

Some of the most infamous substances to come out of the explosion of NPSs, usually sold online, include bath salts (a synthetic cathinone, chemically similar to cocaine), Spice (a synthetic cannabinoid, somewhat like marijuana), and various new synthetics based on fentanyl (an opioid 50-100 times more potent than morphine). Another dangerous and increasingly popular category of NPSs is designer benzodiazepines. Online retailers began offering clandestine, dangerous, and untested benzodiazepines in 2012 with some of the most popular being clonazolam, deschloroetizolam, flubromazolam, and meclonazepam. A newer designer benzodiazepine available for purchase online is diclazepam. 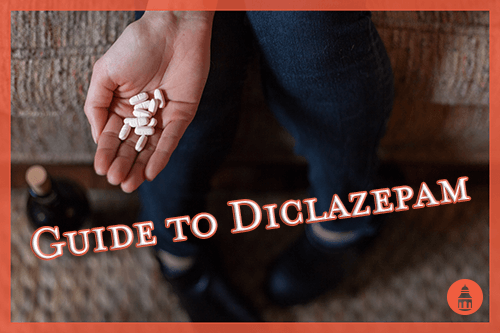 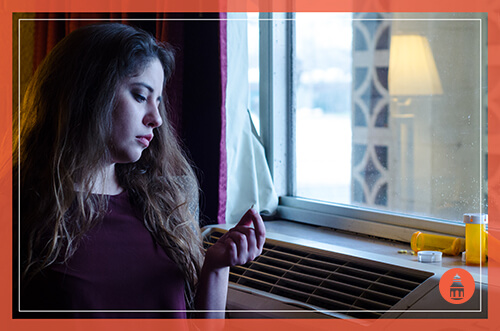 The National Forensic Laboratory Information System (NFLIS) found that diclazepam is one of the newest designer benzodiazepines with the first incident reports appearing in 2014. By the end of that year, there were only two reports involving this drug. However, as other designer benzodiazepines become harder to find, either due to demand or changes in legal status, diclazepam may become more popular.

A 2014 study investigating diclazepam’s properties found that once a 1 mg tablet of the drug is ingested, it moves slowly through the body; the elimination half-life is 42 hours, meaning it can be active for several days. As it breaks down, it becomes other benzodiazepine drugs, which perhaps makes it continuously potent. Delorazepam, lorazepam, and lormetazepam can all be detected in urine samples for up to 11 days after just 1 milligram of diclazepam has been ingested.

Outside of this initial report, however, there is very little medical understanding of diclazepam’s potency, risk, or longevity. It is chemically similar to diazepam, most popular under the brand name Valium; however, diclazepam is about 10 times more potent than Valium, so it produces amnesia and sedation as its two main effects. The illicit drug also relaxes muscles, slows neuron firing, lowers inhibitions, and stops panic attacks. Since diclazepam is based on diazepam, it is also a long-acting benzodiazepine; it takes a little while to become active, but once it is bioavailable, the effects remain for days. This can cause serious side effects, leading to hospitalization.

Medical professionals understand that even small doses of prescription benzodiazepines can be addictive. The body develops a tolerance to these drugs within two weeks, so one may take more than prescribed to get the original effects of the drug. People who struggle with anxiety or insomnia may continue taking these drugs because withdrawal symptoms mimic the underlying mental condition, so it can be very uncomfortable to stop without medical supervision. Often, people who abuse stimulants, hallucinogens, opioids, or alcohol will add benzodiazepines to ease the psychotic and physically tense side effects of these drugs or to increase the potency of the sedative and intoxicating effects.

With designer benzodiazepines like diclazepam, the drugs can be ordered online and self-administered to moderate other, primary drugs of abuse, without any medical supervision, in a dangerous cycle of polydrug addiction. This can quickly cause an overdose or trigger psychiatric symptoms. Many people who abuse multiple drugs, especially mixing one or two drugs with any benzodiazepine, will die from an overdose.

Diclazepam is most often found as a liquid solution, but it may be sold as a powder, tablet, blotter paper, or pellet. While it reportedly has a low risk of overdose relative to the recommended amount (which is nonmedical because it has not been approved for any legal use), mixing the drug with alcohol, opioids, or other sedatives will generally lead to an overdose.

Benzodiazepines cause similar side effects in the body and mind because they all act on the gamma-aminobutyric acid (GABA) receptors in the brain. However, more potent benzodiazepines like diclazepam will cause stronger reactions, especially when too much is taken at once or the drug is abused for a long period of time.

Physical effects from diclazepam include:

Cognitive or psychiatric effects from diclazepam may include:

The Biggest Risks from Abusing Diclazepam

With so little medical research into diclazepam, it is hard to know what the long-term health risks will be. Aside from addiction and overdose, very little is understood about this designer drug. If long-term abuse of other benzodiazepines is any indication, diclazepam is likely to cause serious brain damage. In addition to addiction and dependence, sustained abuse of the drug could trigger a mood disorder, lead to amnesia and memory damage, and permanently alter the ability to think and learn.

Quitting any benzodiazepine cold turkey is dangerous. These drugs decrease firing between neurons, so when the brain does not have a benzodiazepine present, neurons fire rapidly. This causes intense anxiety, panic attacks, loss of sleep, and seizures. Panic can lead to cardiovascular damage and may trigger a heart attack.

Trying to withdraw from an unpredictable and poorly understood new benzodiazepine like diclazepam is even riskier. Withdrawal symptoms require medical supervision, and medical detox will probably involve replacing the illicit benzodiazepine with a more familiar, prescription benzodiazepine – most often, Valium. Symptoms will likely mimic alcohol withdrawal since the drug also acts on the GABA receptors, and withdrawal may include a condition like delirium tremens.

Even if one does not experience seizures or a heart attack, withdrawal symptoms from diclazepam and other benzodiazepines may be so uncomfortable that relapse is practically inevitable. Relapsing back into diclazepam abuse almost guarantees an overdose and hospitalization.

Symptoms of an overdose on any benzodiazepine include:

Illicit drug forums discuss taking 1-3 milligrams of diclazepam to achieve a high; however, even this small a dose may be too much, depending on whether or not one has developed a tolerance to other benzodiazepines.

If the body is naïve to benzodiazepines, even 1 milligram of diclazepam may cause a severe overdose reaction and lead to death.

Since diclazepam is very dangerous and unpredictable, it is important to get medical help to stop abusing this substance immediately. While there is little direct treatment for abuse of new benzodiazepines, overcoming compulsive abuse of these substances is not just possible, but likely, with the right addiction specialist.

Once a physician has determined the potential severity of withdrawal symptoms from diclazepam, they will likely prescribe a dose of Valium for their patient. Then, over several weeks, they will work with the individual to taper how much Valium is taken until the body no longer depends on the presence of the drug, physical reaction to lack of the drug is gone, and cravings are minimal.

After medically supervised detox, entering a rehabilitation program that offers evidence-based behavioral treatment will help change behaviors around drugs or alcohol. This helps to prevent relapse, builds an understanding of stress and triggers, and helps the person create a new, drug-free daily routine.

Professional help overcoming benzodiazepine abuse or addiction, including abuse of diclazepam, is available.