First synthesized in the early 1970s by the founder of MDMA (ecstasy) Alexander Shulgin, 2C-B is a man-made psychedelic drug. At low doses, 2C-B may have effects that are similar to the club drug ecstasy; in higher doses, its effects may be like those of the hallucinogenic drug LSD. Called bromo, nexus, toonies, spectrum, and venus, 2C-B is often classified as a designer drug.

The drug 2C-B has no accepted medical uses within the United States. The Drug Enforcement Administration (DEA) classifies it as a Schedule I controlled substance, meaning that it is illegal to possess, manufacture, distribute, and use. Usually marketed in powder, capsule, or tablet form, 2C-B is generally ingested and popular among the club and rave scene.

The DEA reports that 2C-B usually starts working about a half-hour after taking it, peaking an hour or two later, and potentially staying active in the body for up to eight hours. 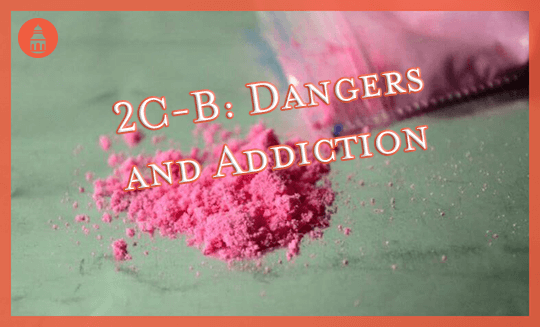 It may be mixed with MDMA in a mixture called a “party pack,” or with LSD and called a “banana split.” The drug is commonly passed off as ecstasy, potentially without the person taking it even being aware of what is actually contained in the drug they are ingesting.

There are several forms of “2C” drugs that are different variations of the chemical compound. These substances are classified as “new psychoactive substances” (NPS). ABC News publishes that use of NPS doubled between 2009 and 2012.

Popular on the club scene, synthetic designer drugs such as 2C-B are likely most commonly abused by the young adults and teenagers. 2C-B is a highly unpredictable drug that may have stimulant, hallucinogenic, and mood-altering effects.

2C-B is considered to be dose-dependent, which means that it may have different interactions in the body causing different reactions in variable amounts. In general, the more 2C-B a person takes at a time, the more intense, unpredictable, and potentially hazardous the side effects will be.

The following are possible psychoactive effects of 2C-B based on the amount taken:

One of the most common physical side effects of 2C-B is stomach and gastrointestinal upset. Tachycardia (irregular heart rate), hyperthermia (elevated body temperature), muscle spasms, coughing, tremors, seizures, and hypertension (high blood pressure) are all documented complications of 2C-B intoxication. The Journal of Medical Toxicology warns that at least five deaths have been linked to 2C drugs, typically from excited delirium. 2C-B may also damage internal organs, such as the kidneys.

While under the influence of 2C-B, a person is unable to make sound decisions and may get into situations that can be potentially dangerous or harmful. Accidents, injury, criminal behaviors, and unsafe sexual encounters may be the result of 2C-B intoxication. Unlike ecstasy, 2C-B does not generally create the same level of emotional “closeness” and empathy. Delusions and hallucinations may turn anxious, fearful, aggressive, out of control, and even violent. Hallucinations can be both visual and auditory, and they often seem very real.

Once a “trip” has started, a person will have to wait it out until the entire dose of the drug has passed through their system. Not all trips are good. A “bad trip” can be intense and seem to go on for a long time. Since 2C-B is often abused in a nightclub or at an all-night dance party, dehydration and hyperthermia are real risks that can increase the odds for a possible overdose or negative reaction to the drug.

Since the drug is illegal there are no regulations in place about its purity, meaning that it may contain a variety of toxins or other additives that a person isn’t aware of. Any of these substances can have undesirable and unknown side effects. When taking 2C-B, you never know what you are going to get, making the drug highly unpredictable and therefore dangerous. Mixing 2C-B with other substances, such as alcohol or other drugs, increases the potential risks.

As the drug is classified as illegal in the United States, the long-term effects of taking 2C-B are not entirely clear. It is understood that the drug interacts with levels of neurotransmitters (or chemical messengers) in the brain, especially serotonin, which is partly responsible for helping a person to regulate their emotions. 2C-B may act like naturally occurring serotonin in the brain, tricking it into believing that levels are too high. This could potentially result in serotonin syndrome, which Mayo Clinic warns can be fatal.

Interaction with the brain’s chemical makeup can interfere with normal brain function, and a person may suffer from a significant “crash” then when the drug wears off. Long-term use of ecstasy, for example, can damage serotonin neurons and cause levels of this important mood-regulating chemical to be unnaturally low, the National Institute on Drug Abuse (NIDA) warns. Repeated use of a psychoactive drug can cause the brain to expect the drug to then regulate its chemical levels, and it may have a hard time balancing itself without the presence of drugs.

Drug dependence, withdrawal symptoms (which often include sleep and appetite disturbances, anxiety, depression, difficulties feeling pleasure, and physical discomfort), and addiction may be side effects of continued drug use. It is unclear exactly how addictive 2C-B may be; however, ecstasy has been extensively researched. Since the drugs have similar methods of action, it is safe to assume that repeated use of 2C-B can have long-term side effects, which may include addiction, mood disturbances, thinking, and memory issues related to brain damage from chronic drug use.

The other drug that 2C-B is likened to is LSD. While LSD is not considered to be addictive, it can have long-lasting complications associated with its use. One of the most well-known potential side effects of hallucinogenic drug abuse is the possibility for experiencing a “flashback.” A flashback is a sudden re-experiencing of the trip, often occurring without warning. The journal Therapeutic Advances in Pharmacology publishes that 5-50 percent of people who take hallucinogenic drugs will experience at least one flashback at some point in their lives. NIDA warns that using LSD, or another hallucinogenic drug, can cause a person to suffer from either persistent psychosis or hallucinogenic persisting perception disorder (HPPD), both of which include continuing visual disturbances as well as the potential for ongoing hallucinations, disrupted thinking, and mood swings.

It is not entirely known exactly what the long-term ramifications of a drug like 2C-B may be, but the drug is considered to be dangerous and risky to use even once.