Can You ‘Wean Off’ Alcohol?

The National Institute on Alcohol Abuse and Alcoholism (NIAAA) reports that, in 2015, there were about 16 million Americans who struggled with alcohol use disorder (AUD) – about 15.1 million adults, ages 18 and older, and 623,000 adolescents between the ages of 12 and 17. People who drink too much regularly are likely to experience withdrawal symptoms if they attempt to stop drinking.

Depending on how long the person has struggled with AUD, how high their tolerance is, and how dependent they have become on alcohol, withdrawal symptoms may be mild or severe. Without help from an addiction specialist and medical supervision, attempting to detox from alcohol at home can be very dangerous and can lead to life-threatening symptoms. 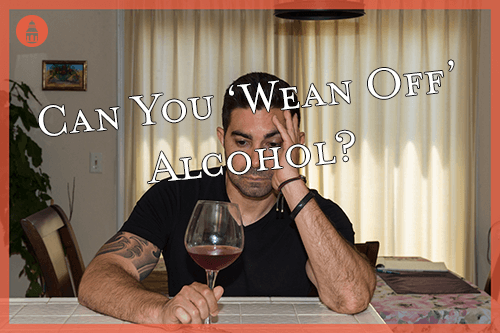 Symptoms of Alcohol Withdrawal and Their Risks

Withdrawal symptoms occur because the brain becomes used to the presence of alcohol, which is a central nervous system depressant. Alcohol’s effect on the brain changes how much gamma-aminobutyric acid (GABA) is available to the brain, controlling how fast neurons fire. Alcohol, as well as some prescription drugs, prevents GABA from being reabsorbed rapidly, so neurons communicate more slowly. Without alcohol, there is not enough GABA to suppress neuron firing, which can lead to tension, anxiety, insomnia, and additional harmful symptoms.

Since withdrawal can be uncomfortable, even without serious or dangerous side effects, a person who attempts to quit drinking “cold turkey” may relapse back into alcohol abuse to relieve the discomfort; however, returning to alcohol abuse puts the person at higher risk for alcohol poisoning, which can cause lasting physical damage and may be fatal.

There are three basic levels of alcohol withdrawal.

People who consume more than a moderate amount of alcohol every day are more likely to develop withdrawal symptoms compared to those who do not drink consecutively. Even people who binge drink, but who wait at least three days between binges, are less likely to develop withdrawal symptoms, although they are still likely to suffer from both acute and chronic harm to their bodies and brains.

Because of physical differences, men and women have different predictors of whether they will develop withdrawal symptoms and how serious these symptoms will be.

If a person works with an addiction specialist to safely detox and does not develop alcohol withdrawal syndrome (AWS) or delirium tremens, then withdrawal symptoms generally last 5-7 days. However, with protracted withdrawal, symptoms may require ongoing medical treatment. The person may need medication-assisted treatment (MAT) using a benzodiazepine like Valium, easing them off their brain’s need for GABA suppressants. This process can take weeks or even months.

Delirium tremens typically develops within the first two days after the individual stops drinking. People who have attempted to stop drinking in the past and relapsed back into alcohol abuse are the most likely to develop AWS or delirium tremens.

Call 911 if symptoms of AWS appear. These include: 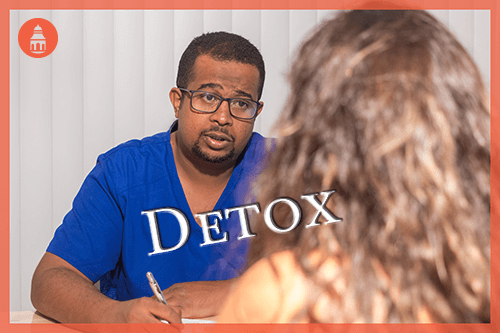 Alcohol withdrawal always require medical supervision. It is not safe to attempt to wean off alcohol on your own.

If a person has a substantial risk of developing AWS or delirium tremens, their overseeing physician may work with them to taper symptoms of alcohol withdrawal using a benzodiazepine prescription. It is extremely important that this process is carefully overseen because benzodiazepines and alcohol both work on the GABA receptors, so a person attempting to end alcohol dependence may begin abusing benzodiazepines. These should not be used for longer than necessary to manage the most severe withdrawal symptoms during detox.

A physician will develop a taper and an overall withdrawal timeline based on their patient’s specific situation. A benzodiazepine taper may allow those with less risk to go through outpatient detox; however, people who likely have other chronic health problems from abusing alcohol may still require inpatient detox and rehabilitation.

Understanding When to Get Help

The only safe way to overcome alcohol use disorder or other forms of problem drinking is to work with medical professionals who understand alcohol abuse and addiction. Symptom management and recovery support are important parts of both detox and rehabilitation. Additionally, working with physicians, nurses, therapists, and social workers means one has access to varying levels of care, as symptoms change, reduce, or recur over time.

While there are websites that tout home remedies for alcohol withdrawal, and an overall weaning process, this process can be very dangerous. Instead, get professional help to safely withdraw from alcohol.