Is Your Loved One a Functional Alcoholic? 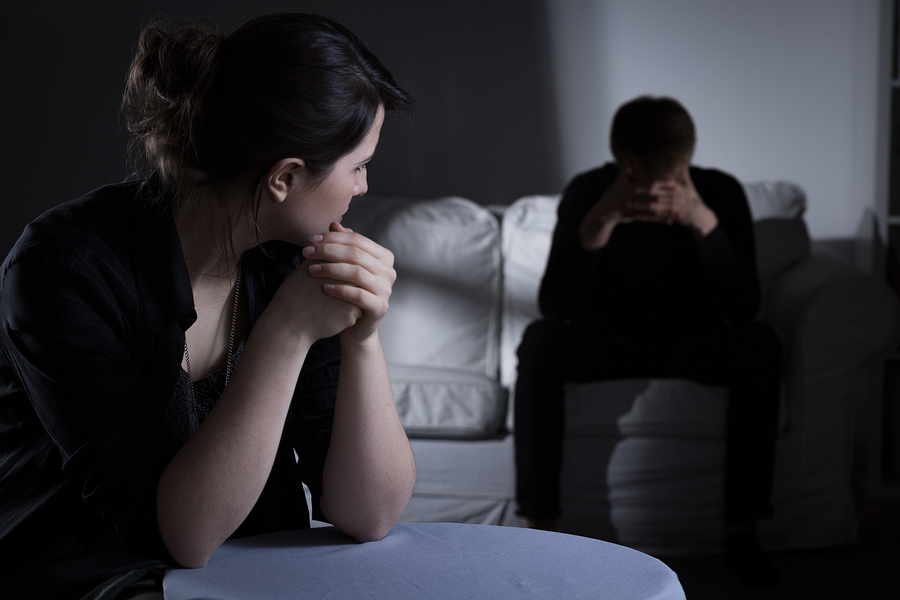 According to the National Institute of Alcohol Abuse and Alcoholism, there are nearly 18 million people in the United States have alcohol use disorders. Researchers from the National Institute of Health have found that nearly 20 percent of people struggling with alcohol dependency in the United States are highly functional. They may be fully functioning, capable, well-educated, and successful adults with good incomes and able to hold steady jobs.

Alcohol has enlivened social gatherings, meals, and festivities for centuries. It is a common activity that people associate with relaxation, socialization, and networking. Although alcohol is often perceived as a harmless substance, its abuse can have damaging physical and psychological effects. As with many substances, it can be difficult to know the risks of alcohol abuse if one does not understand how, and to what extent, it affects the body.

The main ingredient in all alcoholic beverages is ethyl alcohol, shortened to ethanol. This intoxicating element, found in beer, wine, and liquor, is a central nervous system depressant. In contrast to stimulants, which increase mental and physical function, depressants lower neurotransmission levels, and thus reduce arousal or stimulation in certain parts of the brain. Alcohol makes people feel more relaxed and less anxious, and it triggers the brain to release chemicals known as endorphins, which induce feelings of pleasure.

The term alcoholic is often accompanied by various negative connotations. Instead of labeling someone as an alcoholic, it can be helpful to speak in terms of alcohol dependence, which is characterized by a craving for alcohol, an inability to control one’s drinking, and an increasing tolerance to its effects, according to a publication titled Alcoholism and the Brain. As with many other substances, people will often consume alcohol in order to cope with various issues, although people are often unaware of its role as a coping mechanism.

The majority of individuals who are dependent on alcohol need outside assistance to recover. With support and treatment, people are able to stop drinking and reclaim their lives.

According to John P. Cunha, a United States board-certified emergency medicine physician, alcohol abuse and alcohol dependence can be grouped together under the diagnosis of alcohol use disorder. Alcohol abuse refers to excessive or problematic use, whereas alcohol dependence refers to a more serious disorder, which often leads to severe medical problems. Alcohol use disorders encompass a spectrum of problems related to alcohol use, ranging from mild misuse to abuse and dependence.

A higher tolerance to alcohol can develop rapidly, with larger doses needed to achieve the same effect. In the case of functional alcoholism, this tolerance is high, and short-term effects are not as intense. Short-term physical effects vary based on the amount consumed and can result in:

However, developing a tolerance lowers the severity of obviously displayed effects. This does not mean alcohol intake does not have a long-term effect on the body. In their publication Alcoholism and the Brain, Professor Marlene Oscar-Berman and research scientist Ksenija Marinković point out that untreated alcohol use disorder can go hand in hand with comorbid conditions.

In addition to alcohol’s short-term effects, the continuous consumption of large amounts of alcohol can cause long-term effects on a personal level – in a family or relationship setting. These can be traumatic for all subjects involved. Examples of how alcohol negatively affects marital and sexual relations include:

More importantly, most functional individuals struggling with alcoholism are in denial about their problem. It is difficult for them to perceive they are drinking too much or too often, because it is hard to identify the exact line of what is considered overboard. This is especially difficult, since alcohol is a legal substance, and it is often considered socially acceptable.

The tricky part to functional alcoholism is that ignoring it, in fact, encourages the behaviors associated with it even more. By watching our loved ones struggle with excessive alcohol use and not addressing the subject, family members may actually be making their habit seem acceptable.

How Do You Recognize an Alcohol Problem in Highly Capable and Functional Individuals?

Robert Huebner of the National Institute on Alcohol Abuse and Alcoholism points out that no one can drink heavily and maintain major responsibilities over long periods of time. He emphasizes that alcohol dependency, however functional, will eventually always catch up with individuals who are dependent. This is why taking functional alcoholism seriously, is imperative. After all, being highly functional does not mean that these individuals do not suffer from addiction or that their condition will not worsen.

While there are, of course, ways to drink alcohol and stay healthy, those who struggle with alcohol abuse and addiction are not able to moderate their use. Multiple tests and questionnaires can help you explore the boundaries of appropriate alcohol consumption amounts.

For example, the Short Michigan Alcoholism Screening Test involves questions that can help you consider whether a loved one may have a concerning alcohol consumption habit:

Answering these – and other similar questions – can be especially difficult for people who are not willing to consider that their drinking habits may be unhealthy or dangerous.

Functioning individuals who are dependent on alcohol will rarely exhibit any external signs of dependency. They may be extremely fit, capable individuals, who wake up early, go to work, have great jobs and loving families, and are social people.

Most people will recognize they may have a problem only after something critical occurs, and they realize they could have prevented it, had they confronted the issue earlier. In fact, abuse can go on for decades before one realizes they have a problem. For example, the person may get a DUI (Driving Under the Influence), or a liver test at the doctor’s office could turn up abnormal. The person may run into problems at work or at home, which may result in losing a job or a spouse.

Early intervention and treatment can prevent serious life events from occurring as a result of continued alcohol abuse. As a result, prompt treatment is always recommended.

Functional alcoholics are often in denial about their addiction and avoid seeking help. This in itself is an unfortunate fact, since approximately 75-90 percent of alcoholics are high-functioning types, according to experts. It is usually external circumstances brought on by drinking that force people into treatment, according to Stephen Ross. Perhaps they fear treatment options are stigmatized, unpleasant, or expensive. However, assessment and treatment are more accessible and affordable than one might think.

James Prochaska and Carlo DiClemente’s have developed a model describing five Stages of Change in overcoming addiction and seeking help.

In their publication titled Effectiveness of Alcoholism Treatment, William R. Miller and Reid K. Hester’s found that there are multiple factors in determining what types of treatment work for certain individuals. The treatment effectiveness is different based on its length, intensity, and setting. Ultimately, taking the first step is the most important part.

There is no single treatment approach that works for all people in all situations. Treatment response is highly individual. Choosing to get treatment is actually more important than the approach used. According to SAMHSA, about 2.5 million people received treatment for a drug or alcohol abuse issue in 2013 at a specialized treatment facility.

There are many opportunities for people exploring treatment options. In order to progress in any direction, however, it is important for an individual to accept that benefits may be found from seeking help. Various treatment models exist, including:

Ultimately, the goal of a treatment institution is to match an individual to a treatment approach based on the person’s unique characteristics.

Despite all the focus on the abuse of illegal drugs, alcohol remains the number one drug problem in the United States, according to John P. Cunha. If you suspect that your loved one may be a functional alcoholic, you can help. Recovery is possible, and with comprehensive care, your loved one can leave alcoholic behind and go on to lead a healthy, balanced life.