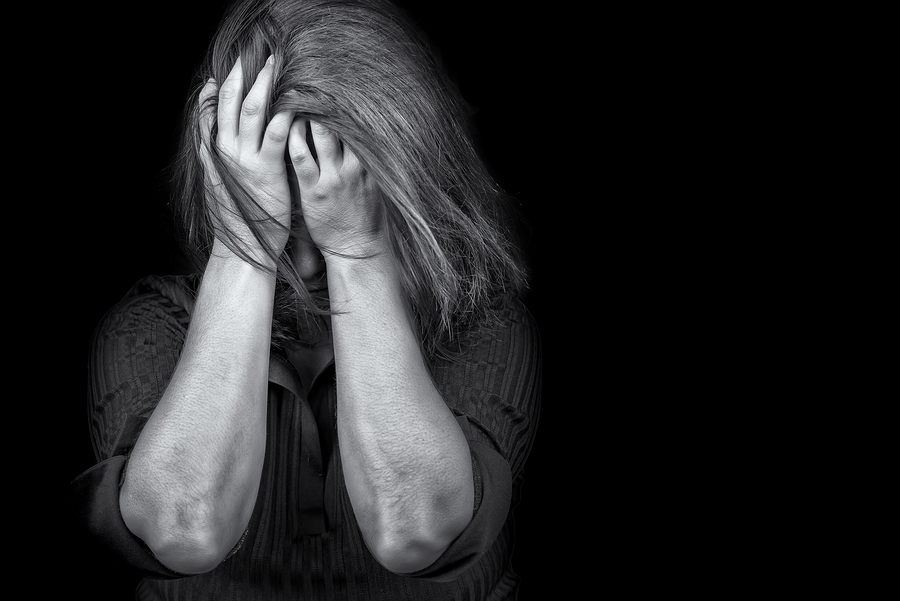 You wish to start a fire in your fireplace. You place a large log in the fireplace; however, you understand that simply trying to light the log will most likely not result in the development of the fire. So, you also place a number of small twigs or paper around the log and then light those. The fire created by the smaller combustible materials allows the larger and denser log to slowly catch on fire. The smaller combustible materials that are used to start the larger log on fire are referred to as kindling. The smaller fire eventually develops into a larger, more intense fire. Interestingly, the kindling hypothesis has found a place in some aspects of theories regarding the development of certain types of mental health disorders, such as epilepsy, withdrawal from alcohol (and other drugs), and other disorders such as bipolar disorder. This article will briefly discuss the kindling effect as it relates to mental health disorders, particularly withdrawal from alcohol.

The Discovery of the Kindling Hypothesis

Neuroscientist Graham Goddard was researching the mechanism of memory and learning in rodents. In 1967, he performed a series of experiments where he stimulated various regions of the rodents’ brains with electricity to document the effects of the stimulation on the rodents’ abilities to learn simple tasks. As the currents were repeated at low levels repetitively, he noticed that the rats began to have unprovoked seizures, even though the level of electrical stimulation he delivered to the brains of the rodents was not strong enough to provoke seizures. Goddard concluded that he had somehow created a strain of rodents with epilepsy as a result of this repetitive low-level stimulation. He referred to his phenomenon as the kindling effect and hypothesized that epilepsy may be developed by a similar effect of very small sequential disruptions in the electrical stimulation of the brain that eventually led to full-blown seizures.

The results of Goddard’s findings have also been applied to substance use disorders, particularly to the withdrawal process that occurs with a number of drugs. It is most often applied to the withdrawal process occurring with moderate to severe alcohol use disorders; however, it can obviously be applied to other drugs that result in the development of significant physical dependence and worsening withdrawal syndromes. Even though the description here is limited to withdrawal from alcohol, it should be understood that the hypothesis can also be applied to withdrawal from other drugs, such as opiates, benzodiazepines, stimulants, etc.

The hypothesis suggests that the phenomenon that is sometimes observed in individuals who have repeated relapses to alcohol and then suffer successively more severe withdrawal syndromes, as well as the return to even more severe levels of alcohol abuse, are a result of this kindling effect.

Here is a brief explanation of how this mechanism is theorized to work:

Of course, this series of worsening episodes of relapse and withdrawal does not occur in everyone. There are a number of risk factors that may result in an increased probability for the development of kindling effects that include genetic influences and environmental interactions.

Bipolar Disorder and Other Conditions

Another disorder that is commonly linked to the kindling effect is bipolar disorder. The hypothesis is that manic episodes may often occur without specific triggering events and in individuals who are prone to the development of bipolar disorder.  These hypomanic events may begin and end quite abruptly. The kindling effect is observed in certain individuals who have experienced repetitive stressful events, resulting in certain types of stimulation in the brain that produces a propensity for hypomanic episodes.

Hypomania refers to a condition where the individual does not have a full-blown manic episode, but a less intense episode that resembles a manic episode. Over time, repetitive stressors stimulating hypomanic episodes lead to the development of full-blown mania in individuals who are prone to develop bipolar disorder. Eventually, manic episodes begin to appear without triggers in a similar manner to the epileptic seizures observed in the rodents by Goddard.

Because this process is an attractive hypothesis for the explanation of a number of different mental health disorders, including substance use disorders, depressive disorders, bipolar disorders, trauma- and stressor-related disorders, etc., and it has been extended as a partial explanation for the development of these disorders and as an explanation as to why individuals who attempt to recover from them and suffer a relapse may often display worsening behaviors during their relapse than they originally displayed during the earlier stages of their disorder.

The Kindling Effect: Valid or Not?

A number of criticisms have been voiced regarding the validity of the kindling effect. Just a few will be mentioned here.

First, the evidence for the kindling effect most likely applies to a circumcised subset of individuals who display worsening symptoms over time, but it does not apply to a large number of individuals with these disorders.

The kindling effect may simply just be describing aspects of neural plasticity that are associated with changes in experience. For example, individuals learning complex motor skills, such as gymnastics who stop practicing for significant periods of time, are able to relearn the skills much more quickly than individuals who never learned them previously. This tendency to be able to relearn even complex behaviors faster years after one has mastered them and stopped practicing is believed to represent the effect of the structural changes in the motor pathways in the brain that originally occurred as a result of learning. Thus, the so-called kindling effect does not apply just to issues with substance use disorders or other psychiatric disorders but represents a broader pattern that is associated with changes in the central nervous system as a result of environmental experience. The current catchphrase for this process is neural plasticity.

One of the major issues that critics have with the kindling hypothesis is that it infers that certain mental health disorders progress in a relentless fashion. This is obviously not true. For instance, treating a substance use disorder effectively and aggressively at any point in its course can result in a full course of recovery. Thus, the kindling model most likely should not be used to direct treatment for issues like substance use disorders.

Nonetheless, the kindling effect does provide an empirically-based description of the physiological changes that occur in the brains of individuals who develop specific types of mental health disorders. The notion that there is a kindling effect is consistent with the current conceptualizations of neural plasticity and may help understand why individuals who relapse after a period of recovery from a substance use disorder often experience a quicker downward spiral of abuse than they initially displayed. However, it does not imply that just because an individual has a substance use disorder it will inevitably display an extremely worsening presentation.

The notion of a kindling effect also reinforces a traditional belief in the value of total abstinence from drugs and alcohol in individuals who are in recovery from any substance use disorder, as opposed to practicing a more lenient model of trying to maintain moderation in use. The research is somewhat mixed on whether or not the kindling effect or neural plasticity results in consistent vulnerabilities to developing substance use disorders or behavioral addictions to drugs with totally different mechanisms of actions or activities that are markedly different from one’s behavioral addiction (e.g., an individual with the gambling use disorder being more vulnerable to developing issues with the compulsive viewing of pornography). In some cases, the anecdotal evidence seems to support the notion that individuals who developed one substance use disorder are more vulnerable to developing another substance use disorder even to drugs with different mechanisms of action, whereas in other cases, these observations are not always supported.

The notion of a kindling effect does highlight the need for targeted and effective interventions for substance use disorders and other addictive behaviors, and the need for individuals to remain focused on their recovery for significant periods of time following their initial recovery successes.  For instance, very few substance use disorder treatment specialists or researchers would disagree with the notion that an individual who has been previously diagnosed with an alcohol use disorder is at a greater risk than someone without this diagnosis to develop an alcohol use disorder in the future if they start drinking again.

Thus, while the kindling effect is certainly not an overarching explanation for the development of any substance use disorder, it does have relevance in understanding the neurobiological mechanisms associated with the development of these disorders and the need for long-term aftercare programs for individuals who are in recovery. The model also highlights the increased vulnerability of individuals in recovery to be more susceptible to slips and relapses in the future. Hence, this notion is consistent with the majority of recommendations for the treatment of individuals who have substance use disorders (e.g., remaining abstinent, not using other drugs consistently, etc.).