Legal Consequences of a DUI 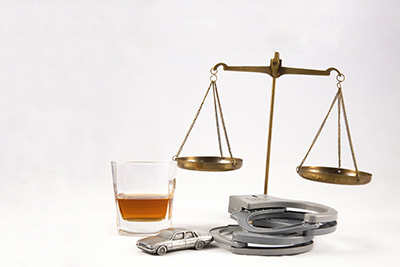 A DUI (driving under the influence) or a DWI (driving while intoxicated) is a very serious offense in most states. Even a first-time offense can result in a criminal charge. Having a DUI on your criminal record can follow you for the rest of your life, interfering with your ability to find work or get a loan.

These are just a few of the common penalties given to those convicted of a DUI:

The severity of the initial consequences depends on how high the accused individual’s blood alcohol content was, whether it resulted in an accident or injury to another person, and in which state the DUI was issued. In many states, for example, there is no difference between the terms DUI and DWI. In other states, a DWI is considered to be a more serious offense given to people who were highly intoxicated while operating a motor vehicle. State law also varies on what will result in a felony DUI, which can lead to years in prison.

In all states, a first-time conviction of a DUI or DWI that did not involve the death or injury of an innocent bystander is classified as a misdemeanor. However, this is still punishable by up to six months in jail, and many states have passed laws requiring that first-time offenders spend at least seven days in jail if convicted. However, it is possible to request that jail time be served on weekends so the offender can still go to work.

The offender’s driver’s license is also likely to be suspended. Forty-two states require that even for a first-time offense, the license be revoked for at least 90 days, but many allow for exceptions including driving to and from work. In many states, a police officer can suspend a driver’s license after arrest without having to wait for conviction.

According to the Governors Highway Safety Association, 20 states and four counties in California have made it mandatory or very likely that an ignition interlock be installed into the offender’s vehicle. This is a device that connects to the car’s ignition switch and will only allow the ignition to be turned after the driver breathes into the attached breathalyzer and the alcohol content on the person’s breath is less than the allowed blood alcohol content. The amount of alcohol that can be detected and still allow the car to start varies between states and counties.

The ignition interlock may then demand another breathalyzer test later when the vehicle is still being operated to ensure that someone else’s breath hadn’t been used to start the car. If the breath sample isn’t given or doesn’t pass, the event is logged into the device’s system and an alarm sounds until the ignition is turned off.

A first-time offender will also almost certainly face a substantial fine ranging from a couple hundred to several thousand dollars. Years of probation are also very likely in addition to possible jail time, and many states will require the completion of a DUI program. These programs are meant to address possible alcohol or drug use problems and reduce the possibility of recurring DUI arrests.

The consequences of multiple DUI arrests and convictions vary from case to case. Each offender has a different history and each DUI has unique details, and all of this information is considered by each judge. However, it’s become more and more common for judges to hand down the most severe punishments possible for multiple offenders, and punishments become more severe for each subsequent DUI.

According to Mothers Against Drunk Driving, in 2008, there were 2 million Americans who were three-time DUI offenders and 400,000 Americans who had been convicted of DUI at least five times. Enough DUI convictions can get a personal labeled a habitual offender or result in a felony charge.

Only the states of Maryland, Maine, New Jersey, and Pennsylvania have no felony DUI laws. In the states of Indiana, Minnesota, New York, and Oklahoma, the second DUI offense can result in a felony charge. The majority of states require three or four offenses to justify a felony conviction. A felony is much more serious than a misdemeanor and can result in hard prison time, a lifelong criminal record, and the revocation of the right to vote.

The first thing any person should do if arrested for driving under the influence is consult a lawyer. There are many options not just for legal defenses, but also for plea deals that can help the accused person avoid jail time, even for multiple offenses, and keep the DUI off one’s record.

The first option for anyone accused of DUI is whether to fight the charges or agree to a plea deal, which might involve pleading guilty in exchange for a lighter sentence or agreeing to plead guilty to a lesser charge. You may also consider entering a plea of “no contest,” meaning you are not fighting the charges but are not admitting guilt, either. It may still go on your record, but it’s not the same as being found guilty after pleading innocent or pleading guilty.

There are several common defense options for those who decide to fight DUI charges. These include:

Other defenses focus on the process of determining that a DUI occurred. There are many rules that a police officer must follow when stopping, testing, and arresting an individual for suspected DUI, and if any of these rules are broken, that may be used to get the charges dismissed. Defendants may claim that:

While many states require DUI programs or classes to be imposed upon offenders, participating in additional or specialized programs such as rehab and 12-Step programs for substance addiction can allow you to avoid jail time and other more severe consequences, and may even be taken in exchange for having the crime erased from your record.

Driving under the influence of alcohol and/or drugs is always a bad decision and could be indicative of a substance abuse problem. The correlation between DUI arrest and problematic drug or alcohol use is enough that 45 states and the District of Columbia require that anyone convicted of DUI undergo addiction evaluation and treatment after just the first offense.

One way to determine if a person arrested and/or convicted for DUI has a problem is based on whether behavior changes after the incident. Most people will see the experience as a wakeup call and modify their substance use habits. However, 33 percent of those convicted of DUI will go on to receive multiple DUI convictions. If someone is not able to reduce or stop use of an intoxicating substance even after the harsh consequences of a DUI, this is likely indicative of alcohol or drug dependence. A survey of roughly 700 individuals who were convicted of DWI published by the Society for the Study of Addiction found that nearly half of respondents reported either a lifelong history of  “risky drinking” or had returned to risky drinking after at least one period of abstinence or moderation.

However, studies have indicated that there is also a significant connection between multiple DUI convictions and poor impulse control, which is sometimes associated with mental illness. The factors that lead to the decision to drive drunk are many, and the issue complex.

DUI charges are both common and incredibly serious. All accused individuals need to know as much about their many options as they can in order to get the best results and avoid life-altering consequences. It’s not about getting away with it and going about life as usual. A DUI should be cause to assess one’s substance use habits and determine whether there is a potentially life-threatening problem.