What is Wet Brain? 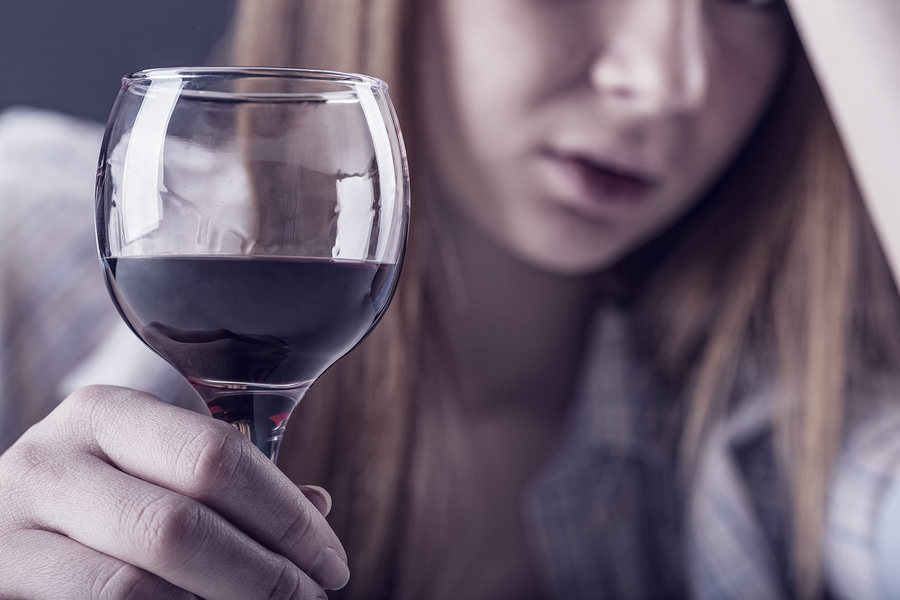 Alcohol can bring many harmful effects, especially when an individual drinks excessively for a prolonged period of time. The National Institute on Alcohol Abuse and Alcoholism (NIAAA) reports that in 2013, approximately 86.8 percent of American adults aged 18 and older reported drinking alcohol in the past year, and almost a quarter admitted to binge drinking in the month before the survey, which is raising their blood alcohol concentration (BAC) to above 0.08 g/dL by drinking 4-5 alcoholic beverages in about two hours. In addition, almost 7 percent reported drinking heavily, or having five or more drinks in a sitting, in the previous month.

Alcohol has multiple negative long-term behavioral, social, interpersonal, economic, mental, and physical health consequences related to its perpetuated abuse or dependency. One of the potential side effects to long-term alcohol abuse is wet brain or Wernicke-Korsakoff syndrome.

It is unclear why some chronic alcohol abusers may develop Wernicke encephalopathy and other don’t; however, research suggests a potential genetic link and postulates that the disorder may be present in 12-14 percent of the population abusing alcohol. Wernicke encephalopathy (WE) is most commonly caused by alcohol abuse. Around 90 percent of WE cases in industrialized nations are due to alcohol misuse.

WE occurs when thiamin levels are depleted, causing an imbalance. This leads to legions in the brain and damage to both the thalamus and hypothalamus, causing mental confusion, abnormal eye movements, lack of muscle coordination, and a general mental or cognitive decline. WE is an acute reaction to severely depleted thiamin levels and considered a medical emergency, as it may lead to death or coma without professional medical intervention.

Korsakoff syndrome is a form of psychosis involving permanent memory loss and trouble learning new things. Individuals suffering from Korsakoff syndrome may have large gaps in their long-term memory while still seeming coherent. They may make things up that they believe to be true, which is termed confabulation. This may make it appear that these people are lying, but they actually believe these things to be true; therefore, the made-up stories have basis in reality to them. Hallucinations and the inability to form new memories may also be symptoms of Korsakoff syndrome. Bleeding and scarring in the brain may occur as a result of severe thiamin deficiencies, which can cause brain damage and issues related to Wernicke-Korsakoff syndrome, or wet brain.

Wet Brain and Effects on Memory

Researchers are unclear on the exact type of brain damage caused by Korsakoff syndrome; however, it is generally accepted that parts of the brain responsible for the formation, storage, and processing of memories are disrupted reports. When a person sees or hears something, it is initially stored in the part of the brain responsible for primary memory, which is a temporary storage place. These memories are then transferred into permanent storage and processing in regions responsible for secondary memory, which includes episodic memory, semantic memory, and implicit memory. Details and examples of each type of memory include:

Korsakoff syndrome is believed to interfere with the transference of memories from short-term, or primary memory, into secondary, or long-term memories. It particularly disrupts episodic and semantic memory storage and processing, causing both anterograde and retrograde amnesia, Science Direct reports. Anterograde amnesia involves difficulties with forming new memories while retrograde amnesia is the disruption of long-term memories related to experiences from the past. Wernicke-Korsakoff syndrome interferes with a person’s mental capacities and may be severe enough that the person is unable to regularly perform everyday tasks. Some of the memory and learning function damage may be irreparable.

With treatment, the Alzheimer’s Association reports that a quarter of those suffering from Wernicke-Korsakoff syndrome are likely to recover and half may improve, while another quarter may not see any change in symptoms. Stopping alcohol use is vital for improvement or recovery from wet brain.

Wernicke encephalopathy may be reversed, and Korsakoff syndrome prevented, with doses of thiamin injected or infused into the body and with cessation of alcohol abuse, the journal The Lancet Neurology publishes. Once Wernicke-Korsakoff syndrome is established, vitamin supplements, a balanced and nutritious diet plan, occupational therapy, and residential treatment to ensure continued abstinence from alcohol may help to improve cognitive and psychological symptoms of the disorder. Oral thiamin and magnesium supplements may be continued for a longer period of time to help reach and maintain a healthy balance of vitamins and nutrients in the brain.

Alcohol withdrawal in itself can be deadly if not managed properly. Medical detox is the optimal and safest way to detox from alcohol for a person who may be chemically dependent on the substance. Medical detox may use medications, such as benzodiazepines, to manage alcohol withdrawal and to prevent some of the more dangerous side effects, including seizures, anxiety, delirium, mental confusion, and depression. Medical and mental health professionals may work side by side with substance abuse professionals in order to design and implement a comprehensive and integrated treatment plan for recovery from both an alcohol use disorder and wet brain simultaneously.

Beyond detox, behavioral therapies in both group and individual settings, as well as life skills training and counseling sessions are helpful to improve mental health and fortify recovery. Ongoing attendance at peer support groups may also be beneficial in helping to prevent a return to alcohol use that may advance Wernicke-Korsakoff syndrome further. Relapse prevention is important as complete alcohol abstinence is required for recovery from wet brain.

Alcohol misuse may have many potential long-lasting side effects, including wet brain, but recovery is possible and can reverse much of the damage done during active abuse. Specialized addiction treatment can help to prevent and treat these potential consequences and improve overall quality of life.