Alcohol and the Liver 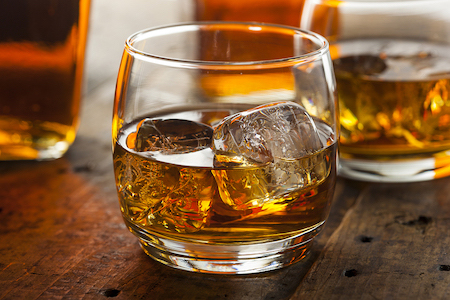 The liver is an essential part of the human body’s filtration system. Nearly everything that goes into the body is filtered through the liver, meaning that its health is intimately connected to the health of the overall body.

Essential jobs performed by the liver include:

Physical Effects on the Liver

Long-term alcohol abuse is the leading cause of late-stage liver disease in the United States. The constant strain that alcohol abuse puts on the liver eventually causes it to become inflamed and, if the behavior continues, to become scarred and damaged beyond repair. Once that happens, medication or even a liver transplant may be required to prevent serious illness and death. There were over 18,000 deaths from alcohol-related liver disease in the US in 2013 alone, according to the Centers for Disease Control and Prevention.

When the liver breaks down alcohol, byproducts and free radicals are created that are highly toxic to the body. The liver is then supposed to contain and dispose of these toxins, but if it has too much to deal with, the toxins will eventually damage the liver cells.

Heavy alcohol consumption also lowers the level of antioxidants in the body. Antioxidants fight free radicals, which means alcohol leaves the liver especially vulnerable. It also affects the amount of oxygen in the liver, drawing blood away from certain parts of the liver cells, resulting in hypoxia (lack of oxygen).

When damage to the liver cells becomes severe enough, they will call in the body’s immune system to protect them. White blood cells flood to the liver and cause inflammation, which protects the injured and dying cells from the toxins, but at a certain point, these cells begin to interfere with the function of the cells around the liver and affect blood flow. Eventually, if the alcohol consumption continues, entire lengths of tissue become damaged. Once this happens, fibrosis (thickening and scarring) occurs, further disrupting the organ’s function. Scarring, of course, is permanent and cannot be reverse even if all alcohol consumption stops.

Inflammation and damage to the liver due to alcohol consumption are referred to by a blanket term alcoholic liver disease (ALD). The stages of ALD, according to the National Institute on Alcohol Abuse and Alcoholism, are alcoholic fatty liver, alcoholic hepatitis, and alcoholic cirrhosis.

Fatty liver happens when fatty acids begin to accumulate in liver cells, also known as steatosis, due to the body producing more fat than it can handle. Most of the time, this condition goes undetected, as it does not produce any noticeable symptoms in the afflicted individual. This can begin to happen after just a few days of heavy drinking and leaves the organ vulnerable to further damage and inflammation.

Once the fat content of the liver goes beyond at least 5 percent of the organ’s weight, the individual has fatty liver. If that happened due to alcohol abuse, it’s known as alcoholic fatty liver. Fortunately, this condition can be reversed simply by ceasing alcohol intake.

Alcoholic hepatitis is sometimes, but not always, the next stage of ALD. At this point, the liver is inflamed and symptoms will begin to appear, which can include the following:

Alcoholic hepatitis happens when the toxins produced in the liver by alcohol reach a point that they begin to damage the liver cells. This damage causes inflammation; however, not all heavy drinkers will experience this stage of ALD. Experts believe that other factors contribute to the appearance of alcoholic hepatitis, including genetic factors, being underweight or overweight, other liver disorders like hepatitis C, and whether or not the individual often consumes food during heavy alcohol consumption.

The final stage of ALD is cirrhosis of the liver. Cirrhosis occurs when the damaged liver cells and inflammation turn into heavy scar tissue, which disrupts the flow of blood in the organ. Without proper blood flow, the liver cannot work properly, and dangerous symptoms develop, including:

Around 10-15 percent of people suffering from alcohol addiction will develop cirrhosis of the liver. This stage of ALD can often be fatal, though survival rates depend on the severity of the condition and whether or not someone diagnosed with the condition stops drinking. Age also plays a large role.

According to a study published in The Lancet, the one-year mortality rate of those with cirrhosis is anywhere from 1-57 percent. If alcohol use is stopped completely, symptoms can be managed and the damage can be contained for many years. If alcohol abuse continues, chances are high that the individual will eventually go into liver failure and need a transplant to survive.

Not all people who die from alcoholic liver disease die as a direct result of liver failure. Complications occurring from the condition can be deadly, especially when combined with other health issues that can be caused by heavy, ongoing alcohol consumption.

Some of the more serious complications according to the American Liver Foundation are:

Most of these are caused by the portal hypertension that often happens in patients with ALD. This condition refers to an increase in blood pressure within the system of veins called the portal venous system. The most common cause of this type of hypertension is cirrhosis of the liver. With increased blood flow, the veins can become swollen and rupture, causing dangerous internal bleeding that can affect nearly every other organ in the body.

Due to the highly varied nature of mortality rates for those with late-stage ALD and chronic liver disease in general, a scoring system was developed called the Model for End-Stage Liver Disease, or MELD, that helps doctors decide how likely the patient is to die of liver failure in the next three months and therefore how high they should be placed on the transplant list. According to a study by the American Association of Liver Disease, the survival rate of 80-85 percent of patients can be accurately predicted by this model.

A patient’s MELD score is determined by measuring the level of serum bilirubin, serum creatinine, and the international normalized ratio (INR) in the body. A score of 9 or lower predicts a 1.9 percent chance of death in the next three months. Those with a score of 40 or higher have a 71.3 percent mortality rate in the same time period.

How Much Can the Liver Take?

The amount of alcohol it takes to cause damage to the liver varies widely from person to person. Some of those who engage in frequent, ongoing heavy alcohol use will not develop any symptoms of liver disease and will not develop alcoholic hepatitis or alcoholic cirrhosis.

The liver is one of the body’s most important organs. Without it, the body quickly becomes poisoned and dies. It is also a self-healing organ. Its cells reproduce and replace themselves when minor damage occurs. If it’s not pushed too far for too long, it can keep doing its job. Moderating alcohol use and treating any signs of alcohol addiction or addiction to other substances will help any individual to maintain a healthy liver for life.