While the US Food and Drug Administration has approved Neurontin for the treatment of seizures and convulsions, doctors are permitted to use this drug, and its generic, off label. Family physicians, internal medicine doctors, pain management doctors, psychiatrists, and addiction medicine doctors are among the types of doctors who are most likely to prescribe Neurontin or gabapentin to patients. 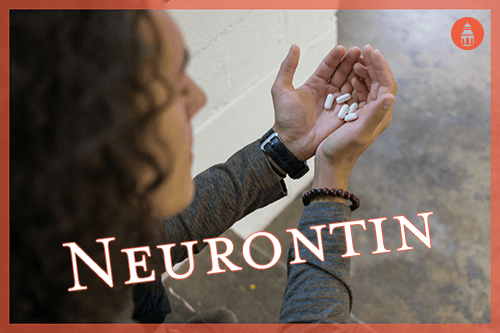 This is because neurontin can treat pain, restless leg syndrome, mood disorders, and hot flashes that are a side effect of menopause in women. It can also be used to help individuals with an alcohol use disorder during the withdrawal process.

Taking a closer look at psychiatry, the generic drug gabapentin is used to treat mental health disorders, including anxiety, mania, and depression. When a patient is on gabapentin for a mental health disorder, the goal is that this drug will stabilize mood swings or abnormal moods. Though there appears to be only a few research studies in this area, the research that has been conducted shows that gabapentin is an effective way to treat these disorders. It is often used in combination with other psychiatric medications rather than as a standalone treatment.

Neurontin Abuse and Side Effects

Neurontin has become a drug of abuse. The reasons relate to how gabapentin acts in the brain. Gabapentin interacts with a neurotransmitter known as glutamate, which is involved in exciting nerve activity in the brain. The presence of gabapentin slows down the effects of glutamate, hence why a person is less likely to have a seizure. Glutamate also plays a role in delivering pain messages through the body, resulting in pain-relieving effects. In sum, Neurontin/gabapentin has an overall effect of decreasing the brain’s excitability, which derives in part from glutamate activity. For a person who is abusing Neurontin or gabapentin, the slowing of the brain’s electrical activity can induce a desirable feeling of calm, which provides individuals with an incentive to abuse this drug.

In an article published on Medscape, Sarah T. Melton, an associate professor of Pharmacy Practice in Tennessee, further explains why Neurontin, or gabapentin, is abused.

According to research, gabapentin does not act on the brain receptor sites that are involved in addiction, and for this reason, this drug is not scheduled as a controlled substance. However, gabapentin shares a couple of hallmarks of addiction-forming drugs, including withdrawal (when a person stops using this drug or significantly reduces the familiar amount) and psychoactive effects. According to some research cases, individuals who have abused Neurontin or gabapentin report feeling zombie-like or euphoric, experiencing a high that is similar to marijuana, or feeling exceptionally relaxed, calm, and/or more social overall.

Additional side effects of Neurontin abuse include but are not limited to:

Since Neurontin is not a scheduled controlled substance, the public may be alarmed to learn that it can cause serious physical and psychological side effects; however, this phenomenon is not entirely uncommon. Typically, the reason for the disconnect between medical opinion about a drug and the reality of it being abused has to do with the volume of consumption. Individuals who abuse Neurontin or gabapentin are most always taking too much of this drug. Researchers may not have extensively tested the drug’s effects at very high doses. This may, simply put, be a shortcoming in drug safety trials. But one thing is clear: Anyone who abuses high doses of Neurontin or gabapentin is in unchartered territory, and risks abound.

The Risk of Neurontin (Gabapentin) Overdose 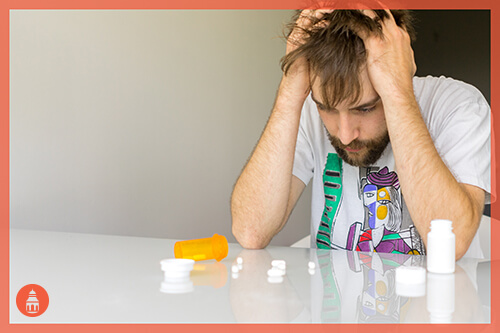 Studies have been conducted, in the US and abroad, to figure out: (1) the lethal dose of gabapentin, if any, in rats, mice, and humans, (2) the dose at which a person who takes too much of this drug starts to develop adverse symptoms, and (3) whether it is possible to commit suicide with this drug. The following discussion looks at different studies and addresses each of the above inquiries.

According to RxList, researchers who tested high doses of gabapentin in mice and rats were unable to find a lethal dose level. Even at 8,000 mg/kg, the mice and rats remained alive. The mice and rats, however, were experiencing acute toxicity, and showed the following symptoms: loss of control over body movements (ataxia), excitation, sedation, dropping of the upper eyelid (ptsosis), labored breathing, and hyperactivity.

In humans, researchers studied participants who had taken up to 49 grams of gabapentin and found that there were no fatalities. These individuals did show symptoms, which included slurred speech, drowsiness, diarrhea, lethargy, and double vision.

A German study of gabapentin overdose reviewed information culled from eight poison control centers in Germany, Switzerland, and Austria. In total, there were 43 cases. There were seven young people (ages 1.5-13) and 36 teens and adults (ages 15-34). The doses ranged from 300 mg to 9000 mg. Symptoms, when they did emerge (not everyone had symptoms), were mild at their worst. In the young group, symptoms only emerged after the 600-mg mark. Among the adults, symptoms appeared to emerge after 48,000 mg had been consumed.

A research paper published in September 2011, in the Journal of Forensic Science, related to the first known case of a suicide from taking too much gabapentin. The deceased was 62 years of age and had a history of depression. The incident was surprising, as research has repeatedly shown that a gabapentin overdose does not cause death, but such is not the case; taking too much gabapentin can be fatal. It appeared from the woman’s autopsy report that gabapentin toxicity was the cause of death, as no other harmful drugs appeared to be present in her system. It is unknown whether the woman had a medical condition that the gabapentin overdose exacerbated. There is, always, the possibility that the autopsy did not detect a poison in her system. However, as far as the researchers involved in this journal article were concerned, the cause of death was a gabapentin overdose, and that turns earlier thinking about the dangers of this drug on its head.

The available research on Neurontin and gabapentin side effects can, understandably, leave a person feeling unclear as to the dangers of abusing this drug. When a person has developed a pattern of Neurontin or gabapentin abuse, there are a host of underlying emotional, psychological, and biological factors at play. Drug recovery services take a multipronged treatment approach to addiction. Medical research now makes clear that substance abuse is a brain disease. With this understanding, drug rehab centers can provide addiction recovery services that are layered and rich enough to address the complexities of an addiction. Treatment is the most effective way to heal addiction, and it starts with a willingness to commit to the recovery process.