What Is Exposure Therapy?

Exposure therapy is a treatment that grew out of the behaviorist school of psychology. This article briefly discusses what exposure therapy is, what types of problems it can be used to address, and who should perform it. The information in this article is designed to be used only for educational purposes. Anyone seeking treatment for any psychological disorder of any kind should consult with a licensed, professional, mental health clinician.

A Brief History of Exposure Therapy 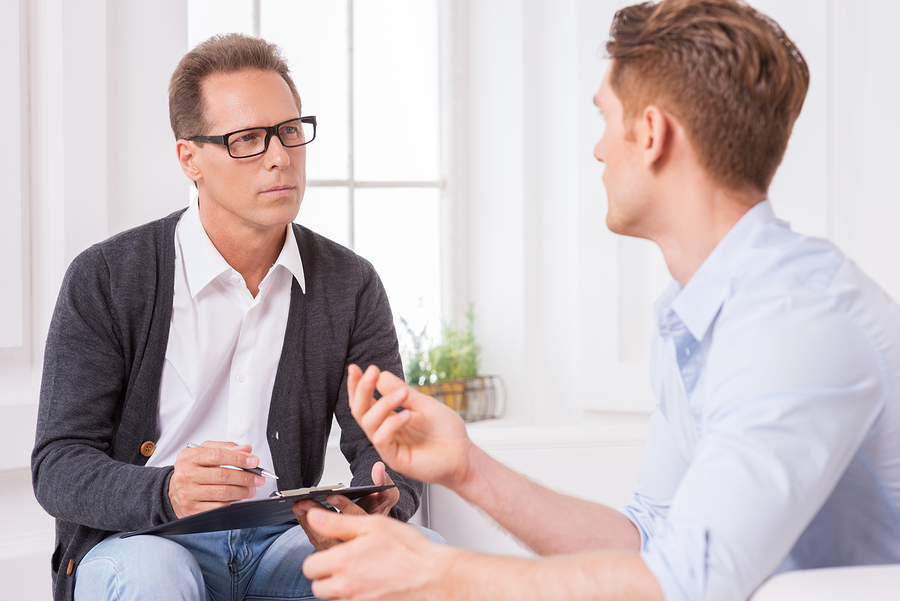 Famous behaviorists like the Russian physiologist Ivan Pavlov and the American psychologist John Watson developed the early principles of the behaviorist school of psychology. People who have taken an introductory psychology course are familiar with these two individuals. Pavlov is famous for his work with classical conditioning in dogs, where he was able to condition dogs to salivate when they heard a bell. Watson is famous for inducing fear in a young child whenever the young child saw a furry animal (the famous Little Albert studies).

In the 1920s, studies were conducted to actually counter condition fears in children by offering them comfort food in the presence of a feared stimulus such as furry animals. Late in the 1950s, the technique of systematic desensitization was developed to reduce anxiety in individuals. It was achieved by pairing relaxation with exposing the individual to increasingly anxious conditions.

In the 1970s, the exposure technique of response prevention was developed to assist people who had a severe disorder known as obsessive-compulsive disorder (see below). All of these techniques are based on the earlier work of individuals like Pavlov and Watson, and they are different types of exposure therapies.

Exposure therapies remain a powerful set of techniques, when used properly, to reduce certain types of fearful and anxious behaviors.

What Is Exposure Therapy?

Exposure therapy was primarily designed to address individuals with anxious or fearful behavior. Individuals who are anxious about some situation or fearful regarding certain situations or things will often spend a great deal of time and energy avoiding the feared object. Avoiding the source of one’s anxiety or fear might be helpful in reducing the experience of anxiety or fear; however, it often is not a viable solution. For instance, someone who is severely fearful of being in open places with no escape route (agoraphobia) is eventually going to have to leave the house for some reason. Someone who has an extreme fear regarding spiders will eventually come into reasonably close proximity with a spider.

Moreover, continued avoidance of feared objects only makes the anxiety or fear related to the object or situation worse. Exposure therapy was designed to quickly treat these types of situations.

What Types of Issues Does Exposure Therapy Work For?

Results from research studies have indicated that exposure therapy can be useful in the treatment of:

How Does Exposure Therapy Work?

All at Once or Slowly but Surely?

Individuals reading the above descriptions of the different exposure therapies may be thinking that exposure therapies are a form of punishment. Actually, these techniques are quite effective and very often work rather quickly. While exposure therapy is effective, it is not a cure for severe disorders, such as obsessive-compulsive disorder or post-traumatic stress disorder. People with these disorders often experience marked reductions in their anxiety levels as a result of exposure therapy; however, further treatment is generally needed to address more longstanding issues.

Why Does Exposure Therapy Work?

The potential mechanism by which exposure therapy works is most likely via a combination of several factors. These include:

Who Should Perform Exposure Therapy?

Exposure therapies are typically limited to treating issues with anxiety or fearful behavior.  They can be useful components in substance abuse treatment where anxiety is an issue, but they are not designed to treat substance abuse. While exposure therapy is backed by empirical evidence that supports its use for a number of different conditions, there is also a potential that if used by the wrong person negative effects and even serious harm could occur. For instance, using exposure therapy in cases of post-traumatic stress disorder should only be attempted by clinicians who are well trained in the use of this technique for this particular patient population.

Therapists using exposure therapy need to apply sound judgment, individualized programs, and the ability to listen to clients to make sure they can tolerate the treatment. In addition, even though exposure therapy has an impressive body of research to support its use in treating a number of psychological disorders that are associated with fearful or anxious behavior, many therapists are not properly trained in its use. Clients entering treatment who are being treated with exposure therapy should make sure that the therapist has been fully trained in its use.

Exposure therapy is not recommended for individuals who have severe psychological problems that result in them being psychotic, extremely emotionally unstable, or potentially suicidal or self-harming.  Some alternatives to exposure therapy include: