How to Treat PTSD in Men Who Have Been Sexually Assaulted 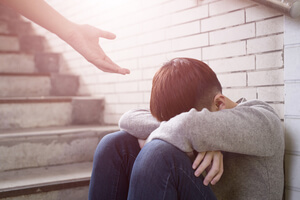 Every 98 seconds, an American is sexually assaulted, but it is a common misconception that only women are victims.1 Research shows that at least 1 in 6 men experience sexual assault, either as children or as adults, the trauma of which can manifest into complex emotional problems such as depression and posttraumatic stress disorder (PTSD).2

PTSD is characterized by flashbacks of the traumatic event, avoidance behaviors related to the trauma, negative emotions, and hyper-arousal, among others. Although women are more likely to experience sexual assault, there are a few factors that may make recovery from sexual assault more difficult for men, including:3

Although sexual assault can happen to anyone, males who have been victimized may have additional challenges because of social attitudes and stereotypes surrounding masculinity. They may also be more likely to abuse substances as a result of their trauma, so any treatment they receive for their PTSD would also need to address their drug or alcohol addiction as well.

Read on to learn more about the unique challenges of sexual assault–related PTSD among men.

How Sexual Assault Can Lead to PTSD 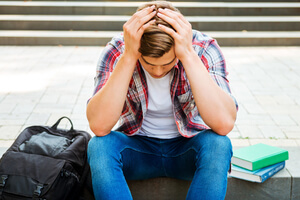 In the United States, the prevalence of sexual assault can be frightening for young people. Among college students, 1 in 36 women experiences rape each academic year. And although the rates among male college students are much lower, men are still at risk of being sexually assaulted too.3 Like women, men can experience complex emotional problems such as depression and posttraumatic stress disorder (PTSD) following a traumatic event like sexual assault.3

Research shows that rape, in particular, is one of the most traumatic forms of trauma a person—male or female—can experience, which significantly increases the odds of developing PTSD after the event. While women are statistically more likely to exhibit symptoms of PTSD after a sexual assault, men do as well, though they are less likely to report the assault as the reason for their emotional distress.3 Failing to disclose their rape often leads to feelings of denial, shame, and guilt, which can also create a barrier to seeking treatment, placing boys and men at risk for developing more severe emotional problems, as well as a drug or alcohol use disorders.3

What Is the DSM-5 Criteria?

According to the to the Diagnostic and Statistical Manual of Mental Disorders (DSM-5), all of the following criteria are required for a diagnosis of PTSD:4

Criteria B (1 required): The person continues to experience the traumatic event, in the following ways:

Criteria C (1 required): The person avoids triggers that are related to the trauma, including:

Criteria D (2 required): The person has negative thoughts or feelings that become worse after the trauma in the following ways:

Criteria E (2 required): The person experiences arousal related to the trauma, in the following ways:

Criteria H (required): These symptoms are not brought on because of substance abuse, physical illness, medication, or other factors.

It is important to note that although a diagnosis strictly for PTSD indicates that substances are not responsible for the symptoms exhibited, very often, a person abuses substances in response to their trauma.

There are also 2 types of specifications for a PTSD diagnosis, including:

If you suspect that you are suffering from PTSD, see a qualified medical or mental health professional for an assessment of your symptoms. You can make an appointment with a psychologist by calling your insurance company to find a provider, asking for a referral from your primary care doctor, or visiting a treatment center.

How Does this Happen and What Is the Reaction? 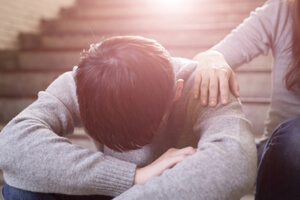 For anyone—male or female—you can’t simply pinpoint when someone is going to be assaulted. For some people, the assault takes place when they are children and more vulnerable to abuse. The sexual assault may have taken place at the hands of someone in a position of power relative to them, such as an older cousin, a coach, a family member, a religious leader, or a teacher. Often, the perpetrator uses special attention, small bribes, or gifts to coerce a young boy or man into the act.5

When a boy or man is the victim of sexual assault, they may experience a number of reactions. This is a list of common experiences shared by males who have been sexually assaulted:6

Researchers of behavioral treatments have taken note that men and women respond to the trauma of sexual assault differently in some ways. For example, many men find it difficult to admit that as a man, they can be a survivor of rape due to their misconceptions about the nature of that kind of sexual assault.3

Studies also show that people’s behaviors and beliefs change as an emotional response to their trauma. There are a number of different models and theories to understand the altered thought processes—or distorted cognition in psychological terms—following rape, particularly as they relate to dominance and power dynamics.

One common distorted line of thinking that has shown up is the belief that a certain amount of resistance in a sexual encounter is normal and should be overcome by force. A surprising amount of men buy into this belief, which often leads to sexual aggression and what we know as a rape culture: in short, forcing yourself on someone sexually is normal.3,7

However, after a man is the subject of such force, his thinking may change. Or he becomes conflicted about how to make sense of his previous belief of himself as a dominant male in the face of becoming a victim of that power. Without proper treatment, these views can interfere with someone successfully recovering from the trauma of sexual assault.3

How Rape Myths Lead to Shame

Researchers have found that men are more likely than women to endorse rape myths. What’s a rape myth? It is an idea that males are the perpetrators of sexual assault and that men should be dominant, masculine, heterosexual, and strong. It also perpetuates the notion that men cannot be raped and if a man is raped, it is not as severe compared to when a woman is raped. Unfortunately, men who have grown up around these myths end up feeling that they did something wrong, or that they were not strong enough to prevent it from happening. Many men cannot accept that the sexual assault happened at all. But the truth is, men become victims of sexual assault in the same ways that women do.

What Treatment Methods Are Most Effective?

Recovering from sexual assault and related PTSD is a highly personal experience. PTSD is a condition that can manifest in many different ways, and it’s important to know that recovery doesn’t mean the survivor will forget the experience or never experience PTSD symptoms ever again. Instead, a successful recovery from PTSD is more subjective. For some, recovery may look like gaining back a sense of control and ownership of their life and forgiving themselves for any shame, guilt, or regret they feel about the incident. During recovery, a survivor may work on staying present and learning ways to reduce stress.7

Factors that help ensure a successful recovery include:7

Although medication is a helpful way to treat PTSD, it is always recommended as part of a larger treatment approach that includes therapy and other psychological interventions. Experiencing sexual assault can lead to problems later in life, both psychologically and physically. Because of this, it is best to approach therapy in a holistic manner that looks at the deep physical and emotional pain associated with sexual trauma.7

Research indicates that sexual-related PTSD may result in physical changes to the body’s most vital systems, including the neural, immune, and endocrine systems. When a person experiences intense psychological trauma, such as rape or sexual assault, the way their body responds to stress thereafter changes. This may cause an irregularity in the way cortisol (a primary stress hormone) is released in the body.7 Comprehensive treatment will address this and other issues that arise after a trauma.

Certain medications may be successful in helping to treat PTSD, including:7

Common psychological therapies that have proven effective and are commonly incorporated into PTSD treatment include:7

One of the most important parts about recovery is empowering the survivor to take their life back. Strong support from family, friends, neighbors, loved ones, community centers, law enforcement, and medical professionals may better promote recovery and growth.7 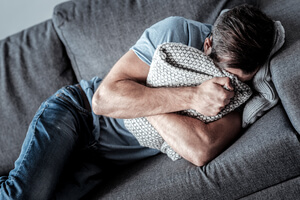 Survivors who share their sexual assault story with others run the risk of experiencing secondary victimization. So, if a male survivor tells someone who they are close to about their trauma and that person does not understand or show empathy toward them, it may increase a man’s feelings of self-blame, shame, and other forms of psychological distress.7 Coming forward and sharing your story of sexual assault takes an incredible amount of trust and understanding from the person you’re sharing with.

If a man or boy in your life experienced sexual assault, here are a few suggestions on how to support them:

Some of the organizations and websites devoted to helping survivors find ways to heal include: