Opiate Addiction: Whose Problem Is It? 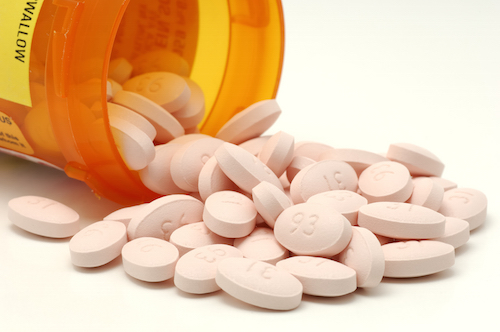 Heroin addiction; OxyContin addiction; addiction to Percocet, Percodan, or Lorcet – or a combination of these drugs. All are opiates, and those who are dependent upon them physically, as well as living with constant cravings for the high they create, are deemed to be living with addiction. These people are at risk every day of a range of devastating problems, including death due to overdose.

Whose fault is it that this country is plagued by addiction? Is it the fault of the person who took an opiate prescription from a doctor to treat pain, inadvertently initiating a sequence of events that would lead to addiction? Or did the problem actually start before that – with the companies that produced the pills and pushed them by incentivizing doctors to prescribe them? Is it the doctor’s fault for prescribing medications that could be risky and/ or not following up with patients to ensure that no addiction developed? Does the fault actually lie with the government that did not increase regulations earlier, with an eye toward protecting patients? Or, is the problem that the government doesn’t always prioritize getting people living with addiction into the treatment programs that could save their lives?

Whose fault is opiate addiction?

Many say that it is incumbent upon the drug companies who make so much money off the many prescription opiate painkillers to take on the financial cost of addressing the situation proactively. They suggest that drug companies should pay to dispose of unused medications properly, so those pills don’t linger in bathroom cabinets where they may ultimately be abused, or end up in the groundwater when people flush them or throw them away. Others suggest that it would be a good idea for drug manufacturers to go beyond that and work together with the medical industry to create community resources for addiction treatment.

Others say this is beyond their scope, pointing to the fact that the tobacco industry has done nothing to help the many cases of lung cancer and nicotine addiction, brought about by use of their products. While this may be true, however, it’s hardly an example to follow in ethical behavior or good business, especially when it provides an opportunity for drug companies to demonstrate that they are different from Big Tobacco and care more for the health of the individual user than the bottom dollar. In addition, there is medical value for use of these medications, and the drug companies are purporting to be in the business of improving quality of life.

Many put the blame for opiate addiction on the doctors who prescribe the medications to patients in the first place. They say that patients trust them to know what they are prescribing, to explain the risks, and to follow up to ensure patients’ safety. They also believe that they should take advantage of the prescription drug database system all the time – not just on occasion when their schedules permit.

The fact is, however, that laws requiring more due diligence on the part of doctors has worked, and doctors, for the most part, are doing their part to address the problem. There are fewer overdoses caused by prescription opiate painkillers than there were before these legislative changes were implemented – but there’s not a lot a doctor can do about heroin addiction, unless someone walks in to the office with the problem and asks for help.

Though a great deal has been done to manage the issue of prescription drug abuse and addiction on the legislative level (e.g., implementation of statewide prescription drug data monitoring systems, increased education and information-sharing requirements among prescribing physicians, etc.), and there has been a positive impact in terms of lowered rates of prescription drug abuse, there has been an increase in heroin addiction. Heroin is already illegal; thus, there’s not much that a politician can do, per se, to change laws surrounding the drug to protect consumers.

However, the hope is that as the big election comes up, politicians will be obliged to recognize the issue and talk about – and then do something about it when they take office. The hope is that there will be an increased focus on getting people who need treatment for opiate addiction into the rehab facilities that will help them.

No matter whose fault it is that opiate addiction has become such a huge problem in the US – and it is likely a combination of all of the above – the fact is that if you, or someone you love, are living with a dependence upon opiates then it’s time to take action. Blame doesn’t move the process forward. Connecting with treatment that includes medical detox and therapeutic treatment is recommended for anyone living with an opiate addiction, whether the drug of choice is a prescription painkiller or heroin – or both.

A study published in the Journal of the American Medical Association found that about 80 percent of the people living with an opiate addiction are not getting treatment of any kind. This was a study that examined data taken from the last decade, when the rate of death due to heroin overdose quadrupled. This is the real problem – not pinpointing who is responsible for the deaths but rather learning how to prevent more deaths from occurring among those currently living with the issue.

What do you think? What is the best move forward to make sure that those who need it get the treatment necessary to begin healing now?