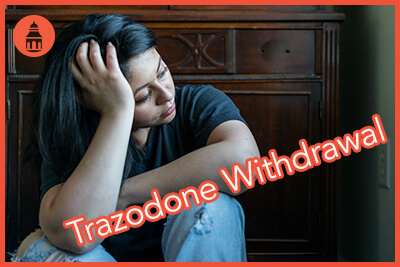 Antidepressant medications were primarily developed to treat issues that result from the manifestations of clinically significant depression and occur in mental health disorders, such as major depressive disorder, bipolar disorder, and other disorders where depression is a major feature. Some of the antidepressant medications have also been used to treat other issues, such as clinically significant anxiety, eating disorders, pain, and even to help with sleep.

Trazodone is an antidepressant medication that is classified as a serotonin antagonist reuptake inhibitor (SARI), which means it modulates the actions of the neurotransmitter serotonin in the brain and spinal cord. It is marketed under several different brand names including Desyrel. Because trazodone has a different mechanism of action from many of the other types of antidepressant drugs and produces sedation, it is often prescribed to help individuals sleep, to treat issues with certain types of pain, to reduce anxiety, etc. It is not used to treat major depressive disorder as often as other antidepressant medications, although it can be used for this purpose.

Antidepressant medications are not considered to be controlled substances by the United States Drug Enforcement Administration (DEA), and they are not considered to be drugs that have a significant abuse potential by most major mental health organizations. For many years, some patients who had been taking these drugs for significant periods of time and then suddenly discontinued them complained that they experienced withdrawal effects; however, these claims were not taken seriously by the medical profession. Eventually, it was recognized that antidepressant medications can lead to a mild form of physical dependence. 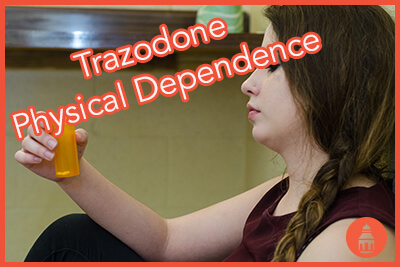 Tolerance to a drug occurs when an individual becomes used to its effects. The individual’s physical system actually makes adjustments to account for the presence of the drug in the system, and the person does not get the same effect from taking the drug that they once got. Most often, the adjustments that a person’s system makes counteract the effects of the drug. Often, the individual finds that they need to take a little higher dose of the drug to get the effects that they once experienced with smaller amounts. This is not problematic in most cases when drugs are taken for medical reasons, and it should be expected for most drugs to some extent. However, drug abusers will take significantly higher amounts of drugs to get the effects they want and develop higher levels of tolerance than most people who use them for medical reasons. That can present a significant problem.

When someone is on a drug for medical reasons, the development of tolerance and withdrawal is not typically a big concern because physicians can control the amount of the drug the person uses; the levels of tolerance and withdrawal are often not significant compared to the physical dependence that occurs in drug abusers, and the physician can slowly wean the person off the drug if it is decided that they no longer need to take it. For instance, a person taking a very strong narcotic pain medication for chronic pain following a significant injury may develop a mild level of physical dependence on the drug; however, as long as the person uses the drug as it is prescribed by the physician, the person would not be considered to be addicted to the drug or have a substance use disorder.

Substance use disorders (drug abuse or drug addiction) by definition require that an individual is using a drug for nonmedicinal reasons, and use of the drug results in significant issues with distress and impairment in life. If that person begins to use more of the drug than is prescribed to them, begins to use it for reasons other than its prescribed purposes (e.g., to get high), and begins to suffer distress and impairment in several areas of their functioning as result of their drug use, it would be appropriate to consider that person for diagnosis of a substance use disorder. Thus, developing physical dependence on a drug may or may not be a sign of addiction depending on the circumstances in which the drug is being used.

Antidepressant drugs are not significant drugs of abuse, including trazodone products. However, as mentioned above, it has been recognized that these drugs do produce physical dependence if they are taken for more than several weeks. The title given to the specific type of physical dependence that occurs as a result of using antidepressants like trazodone is antidepressant discontinuation syndrome (ADS), which describes the withdrawal effects that occur when individuals who have been using a drug like trazodone for more than several weeks experience if they suddenly discontinue the drug.

Not everyone who uses antidepressant medications like trazodone will develop ADS. The research indicates the following:

The timeline for an ADS as a result of stopping trazodone typically follows this pattern:

The symptoms that occur during withdrawal from trazodone are quite variable from person to person.

Withdrawal from trazodone is not considered to be potentially life-threatening, although individuals who have used antidepressants for depression may be at risk for poor judgment or potential self-harm during the withdrawal period.

Treatment to Aid the Withdrawal Process 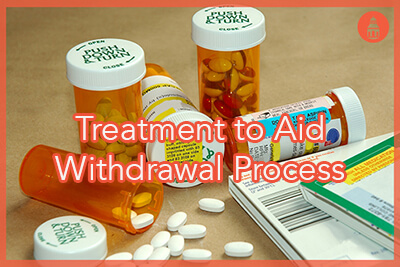 The approach most often used to treat withdrawal from trazodone and other antidepressant medications is to place the person on a tapering program. In a tapering program, the individual is given enough of the antidepressant to suppress any withdrawal symptoms they are having. Over time, the physician slowly cuts down the dosage at specific time periods to let the person’s system adjust to lower levels of the drug. Eventually, the drug can be discontinued. This is done in a manner where the person experiences little discomfort, and physicians can use other medications to address any specific symptoms that need to be addressed.

There are no medications designed to treat withdrawal from trazodone or any other antidepressant. The use of a tapering strategy and other medications to treat physical symptoms like headache or nausea is the preferred approach and successful in the vast majority of cases.

Even though the withdrawal syndrome associated with trazodone is not considered to be potentially dangerous in most cases, anyone using the drug for more than 6-8 weeks should not discontinue it unless they do so under the guidance of their physician. This is because there are potential issues that may occur, such as becoming emotionally distraught and engaging in poor decision-making, experiencing significant issues with nausea and vomiting that could lead to dehydration, or experiencing changes in mood that might make some individuals potentially suicidal. Moreover, there are the very rare cases where individuals experience severe symptoms like hallucinations, and these would need to be addressed immediately by a physician.