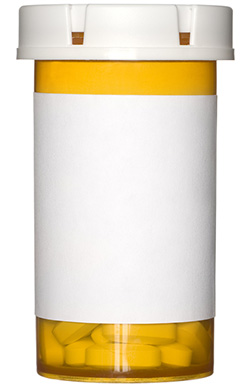 Ritalin is a brand name of methylphenidate, a central nervous system stimulant. Other brand names of this drug include Metadate, Methylin, and Concerta. Methylphenidate is used to treat attention deficit hyperactivity disorder, or ADHD. It is sometimes also used to treat narcolepsy. By increasing certain neurotransmitters within the brain, methylphenidate stimulates brain activity.

ADHD and narcolepsy are both believed to be caused by insufficient stimulation within the brain. Low levels of activity within certain areas of the brain can cause the extreme daytime drowsiness experienced with narcolepsy, or the trouble with concentration and hyperactivity related to ADHD. In people with ADHD or narcolepsy, methylphenidate encourages normal brain activity. However, if people who do not have one of these disorders use methylphenidate, they can experience unusual brain activity and may become addicted to the substance.

Individuals using methylphenidate for legitimate purposes may become addicted to it if the medication is overused or otherwise abused. Some individuals will crush the tablets and dissolve the powder into an injectable liquid; injecting methylphenidate can cause euphoria, which contributes to its abuse potential. Crushing and snorting methylphenidate tablets has also been found to produce similar results as cocaine. The Substance Abuse and Mental Health Services Administration (SAMHSA) reported in 2014 that there were 1.6 million current nonmedical users of a stimulant, and Ritalin abuse is included in that figure.

There seems to be little risk of Ritalin abuse among individuals with ADHD or narcolepsy. When used for legitimate purposes and as prescribed, these drugs can be helpful. Children who take methylphenidate also do not show higher rates of drug abuse than children who do not take this or similar drugs. As of yet, there is no evidence that a correlation exists between Ritalin use and later drug abuse or addiction.

Methylphenidate affects the brain and body in similar ways as amphetamines do. The short-term effects of Ritalin are dose-dependent, becoming more severe with higher dosages. Therapeutic doses typically do not exceed 60 mg per day, but people who are addicted to the drug may take hundreds of milligrams per day. According to the University of Maryland’s Center for Substance Abuse Research (CESAR), low doses of Ritalin can produce the following effects:

Some people experience drowsiness in response to Ritalin, rather than wakefulness and other more typical responses. Larger doses of methylphenidate can cause:

Abusing methylphenidate can lead to an overdose. Symptoms of overdose, according to the National Library of Medicine, include:

Long-term effects of Ritalin use, when used only at therapeutic doses, are not currently known. There is some limited evidence that repeated use may cause growth suppression in children, although other studies contradict these findings. The long-term effects of abusing large quantities of methylphenidate are similar to the results of amphetamine abuse. Long-term abusers of this type of drug typically experience anxiety and difficulty sleeping. Injecting large doses of Ritalin can even induce a schizophrenia-like state, causing paranoia, delusions, and hallucinations.

According to the National Institute on Drug Abuse (NIDA), stimulant abuse can lead to malnutrition, due to the resulting appetite suppression. Cardiovascular complications are also possible.

Individuals who abuse Ritalin can quickly build up a tolerance to the drug, requiring more and more of the substance to achieve the desired effects. People with ADHD who use Ritalin at therapeutic doses do not seem to become tolerant to the drug. Chronic abuse of methylphenidate can lead to physical dependence, and the user will experience withdrawal whenever lessening or stopping its use. Withdrawal symptoms include exhaustion and severe depression.

Some individuals begin abusing methylphenidate for the euphoric “high” it can produce when misused. However, some students and young people first begin taking Ritalin illicitly because they believe it will improve their academic or athletic performance. Any misuse of stimulants like Ritalin can lead to addiction, and these drugs do not actually improve cognitive performance in people without ADHD.

Typically, the first step in recovery is tapering the dosage of the drug slowly over time, under a doctor’s supervision. Stopping use of Ritalin too suddenly can lead to severe depression, so a slow taper is typically recommended. The next step is to enter treatment for the addiction. Contingency Management, a therapy approach in which meeting sobriety milestones is rewarded with vouchers, is a popular and effective method of stimulant addiction treatment. Cognitive Behavioral Therapy has also been shown to be effective. Group therapy, 12-Step programs, and support groups are often part of treatment plans, and many people find these methods to be very helpful in the long-term recovery process.

Behavioral interventions may take place in an inpatient or outpatient setting. The appropriate treatment setting for a Ritalin addiction will depend upon the severity of the disorder and the specific circumstances of the individual. Inpatient treatment offers the highest level of care and is the most successful at preventing relapse. However, individuals with a strong support system who wish to remain close to friends and family may fare better in a partial inpatient or outpatient setting.

Recovery Is within Reach

Ritalin addiction is a pervasive disorder that can devastate an individual’s life. Whether Ritalin abuse begins as an attempt to improve academic performance or as recreational use, it can quickly lead to tolerance, dependence, and addiction. Medical care and behavioral therapy are the first steps in recovery from this illness. With dedication and effective treatment, any addiction can be overcome.