When addiction sets in, a person’s body and mind become dependent on the substance being abused. The brain needs it in order to feel good and function well. The nervous system may malfunction without the constant presence of drugs or alcohol in the body. For example, a body that is accustomed to large amounts of alcohol may shut down and seize or start to perspire profusely when the alcohol is removed from the equation. This process is known as withdrawal, and it’s a necessary step on the road to recovery.

What withdrawal will be like for any given person is largely dependent on what substance has been abused. While many of the symptoms of withdrawal apply to any addiction, certain drugs will cause more turbulent withdrawal experiences. This often applies to opiates like Percocet.

In some cases, opioids can be tapered off slowly, to reduce the severity of withdrawal symptoms. The United States Department of Veterans Affairs suggests oxycodone (the primary ingredient in Percocet) should be tapered in dose by 20-50 percent daily until a dose of 30 mg per day is reached. At that point, the dose should be reduced by 10 mg every 2-5 days. Keep in mind that tapering should only be done under direct medical supervision; individuals should not attempt to taper doses on their own.

Percocet is a combination of acetaminophen and oxycodone. Acetaminophen is a commonly used household medication that is available over the counter and considered to be relatively safe. However, when it is abused, serious adverse side effects can occur. The most serious side effect of acetaminophen abuse is damage to the liver.

In addition, when overdose occurs or habitual abuse of substances containing acetaminophen, an important enzyme compound responsible for detoxification, known as glutathione, is depleted within the body. In certain people, such as those who have gene mutations like methylenetetrahydrofolate reductase, glutathione cannot be produced quickly enough to repair injuries to the gut and brain. This may worsen their condition.

Oxycodone was prescribed 58.8 million times in 2013, per the Drug Enforcement Administration. The abuse of oxycodone, a strong narcotic painkiller, is linked to:

Withdrawal from this substance can cause:

These symptoms will start appearing 6-12 hours after the last dose of Percocet. By day two of detox, the physical symptoms will segue into mental ones and might leave individuals feeling irritable and moody. Medications can be used to treat all of these side effects. The next 2-3 days are usually the most uncomfortable for people who are addicted to Percocet. They may have pretty strong abdominal cramping and experience deep sadness or overwhelming anxiety. Physically, it might be hard to control trembling and shaking.

Getting through this rough period is crucial to treatment. Many people who try to quit using Percocet on their own relapse at this point. Opiate addictions do boast the highest rate of relapse, per Cleveland.com. Things do start to improve around day five or six.

While withdrawal can be tough, professionals can manage the symptoms to make the process easier. This is why medical detox is always recommended for opioid withdrawal.

When someone abuses an opioid drug over a long period of time, physiological changes take shape. This is part of the reason that people relapse even after they have been through detox. The dependence that causes withdrawal when someone stops using isn’t the same as the addiction that causes them to continue craving the Percocet.

A review in the journal Science and Practice Perspectives details the neurological effects of long-term opiate abuse and how drugs like Percocet cause dopamine to flood the brain. When the catalyst – Percocet – is removed, the brain doesn’t know how to process dopamine in a functional way anymore. This often leads to depression. Individuals may then only feel happiness and relaxation when they’re using the drug.

The Signs of Withdrawal

Withdrawal from an opioid can be made much more comfortable when treatment is rendered in a professional setting. Seeking detox services from skilled medical professionals is highly encouraged. Withdrawal symptoms that can be managed via medical detox include: 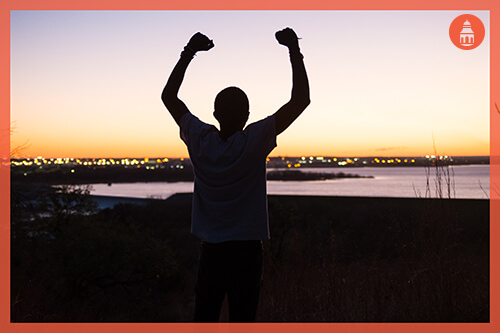 Initially, most people who abuse opioids like Percocet think it’s nearly impossible to stop. They may have tried on their own before and realized just how strong the withdrawal symptoms and cravings are for the drug and that often sways their belief in their ability to recover from addiction. It shouldn’t. Recovering from addiction is entirely possible and happens all the time. In 2012, the Substance Abuse and Mental Health Services Administration reported that 10 percent of admissions cited their primary drug of abuse as being a non-heroin opioid, such as Percocet.

The early stages of withdrawal can be medicated during a client’s time in treatment. The typical protocol is to introduce a dose of buprenorphine or methadone dependent on how much Percocet the individual has been abusing. A dose of the treatment drug may be somewhat high initially. Over time, that dose is dropped to slowly wean the individual off the replacement medication.

Utilizing a long-term medication program, such as the use of buprenorphine or methadone, allows the process to be much safer and reduces the likelihood of relapse while the lessons of therapy take hold.

These programs are different from other methods of withdrawal. The initial dose of treatment medications will be tapered down slowly over time, but most who opt for medicated treatment can expect to be on buprenorphine or methadone for at least a year – the recommended minimum, per NIDA. Other initial symptoms of withdrawal can be managed with other medications, such as anti-anxiety medications, antidepressants, and mild pain relievers like ibuprofen.

Recovery is possible, and it’s a lot easier to achieve with help. Professional detox services and capable treatment professionals who can recommend the right medications, therapy, and long-term services to assist people in recovery make all the difference in a successful treatment approach.