Dangers of Snorting and Smoking Opana

Over 50 million Americans over the age of 11 have used a prescription drug for nonmedical purposes at least once in their lives, the National Institute on Drug Abuse (NIDA) reports. Some of the most widely abused prescription drugs are opioid pain relievers. Opana and Opana ER (extended release) are brand-name formulations of the prescription opioid medication oxymorphone, which is used legitimately to control pain.

Opana abuse may have sprung up, particularly in rural America, as an alternative to the popular drug OxyContin being reformulated, making it harder to abuse, Reuters publishes. Opana ER was also reformulated several years later in an attempt to circumvent its abuse, turning the tablets into a viscous mush when crushed. However, the US Food and Drug Administration (FDA) rejected the petition against generic forms of oxymorphone in 2013, meaning that the drug is still available to be crushed and then smoked or snorted. Due to its high potential for abuse and addiction, oxymorphone (and therefore Opana) is considered a Schedule II controlled substance by the Drug Enforcement Administration (DEA).

Snorting or smoking Opana may have the following risk factors:

Drug overdose is the number cause of unintentional death in the United States, which is largely driven by opioid drugs, CNN reports. The Centers for Disease Control and Prevention (CDC) publishes that 78 people die each day from an opioid overdose in America, calling the prescription opioid overdose problem an epidemic, as 6 out of every 10 drug overdoses in the United States involve opioid drugs. As of 2008, deaths from prescription opioids overtook overdose fatalities from both cocaine and heroin, USA Today reports.

Snorting or smoking an opioid drug like Opana sends it straight across the blood-brain barrier much faster than the drug was intended to do so. The drug is not broken down by the gastrointestinal system and released slowly, as is the purpose of extended-release formations like Opana ER. The entire dosage is instead put straight into the bloodstream, causing it to take quick effect and potentially resulting in a toxic buildup, or overdose, as the body cannot handle the amount of drug present at once.

Opana, as an opioid drug, acts on the central nervous system, slowing down breathing, heart rate, and blood pressure, and lowering body temperature, while filling opioid receptors and causing a flood of dopamine in the brain. Dopamine is one of the brain’s chemical messengers that tells a person when to feel happy, and its presence is what contributes to the “high” narcotic drugs like Opana can produce. Opana also reduces anxiety and causes relaxation, drowsiness, and potentially sedation.

An overdose on Opana usually results in decreased respiration to the point where the person stops breathing. The National Drug Intelligence Center (NDIC) reports that confusion, trouble breathing, cold skin, loss of muscle tone, constricted pupils, lowered blood pressure and heart rate, dizziness, blue tinge to skin, numbness in arms or legs, chest pain, trouble staying awake, and coma are all potential signs of an oxymorphone overdose. An Opana overdose is life-threatening. In addition to dangerously low respiration levels, it can also result in the collapse of the circulatory system or cardiac arrest, which may be fatal. 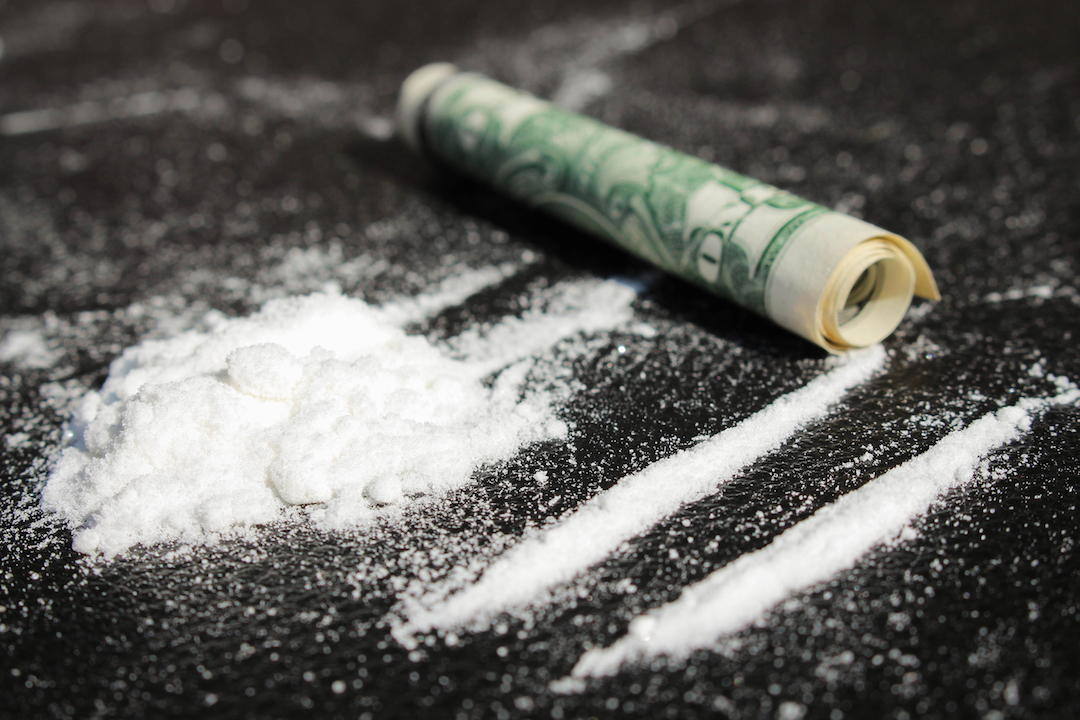 Smoking and snorting Opana both constitute recreational drug abuse, and these patterns of drug use may make a person more prone to engage in risky, or even criminal, behaviors. Accidents, injuries, and even potentially dangerous sexual encounters may be the result of recreational drug abuse. Opana abuse can impair a person’s judgment and may lower inhibitions, heightening the risks for being involved in a harmful situation. Unwanted pregnancy, sexually transmitted diseases, or run-ins with law enforcement may be unfortunate consequences of such use. Recreational use of Opana may increase the likelihood of an individual turning to an illegal drug like heroin as well, as four out of every five people who initiate heroin abuse began with the abuse of a prescription drug, the American Society of Addiction Medicine (ASAM) publishes. Heroin may be a cheaper and easier-to-obtain source for an opioid “high.”

Snorting and/or smoking Opana can also increase the odds that a person will develop a tolerance to the drug. Once the brain is used to a certain amount, it may require higher doses to produce the same effect, leading individuals to continually increase the amount of Opana taken each time. Taking more Opana more often can lead to a dependence on it, wherein the brain’s chemistry is altered and Opana may be required in order for it to seem balanced.

Withdrawal from Opana can be significant, motivating individuals to continue taking the drug in order to avoid the symptoms. Once a person loses the ability to control their abuse of Opana, addiction is present. The National Survey on Drug Use and Health (NSDUH) reports that close to 2 million Americans suffered from a substance use disorder involving a prescription opioid painkiller in 2014. Snorting or smoking Opana generally increases the likelihood of becoming addicted to the drug.