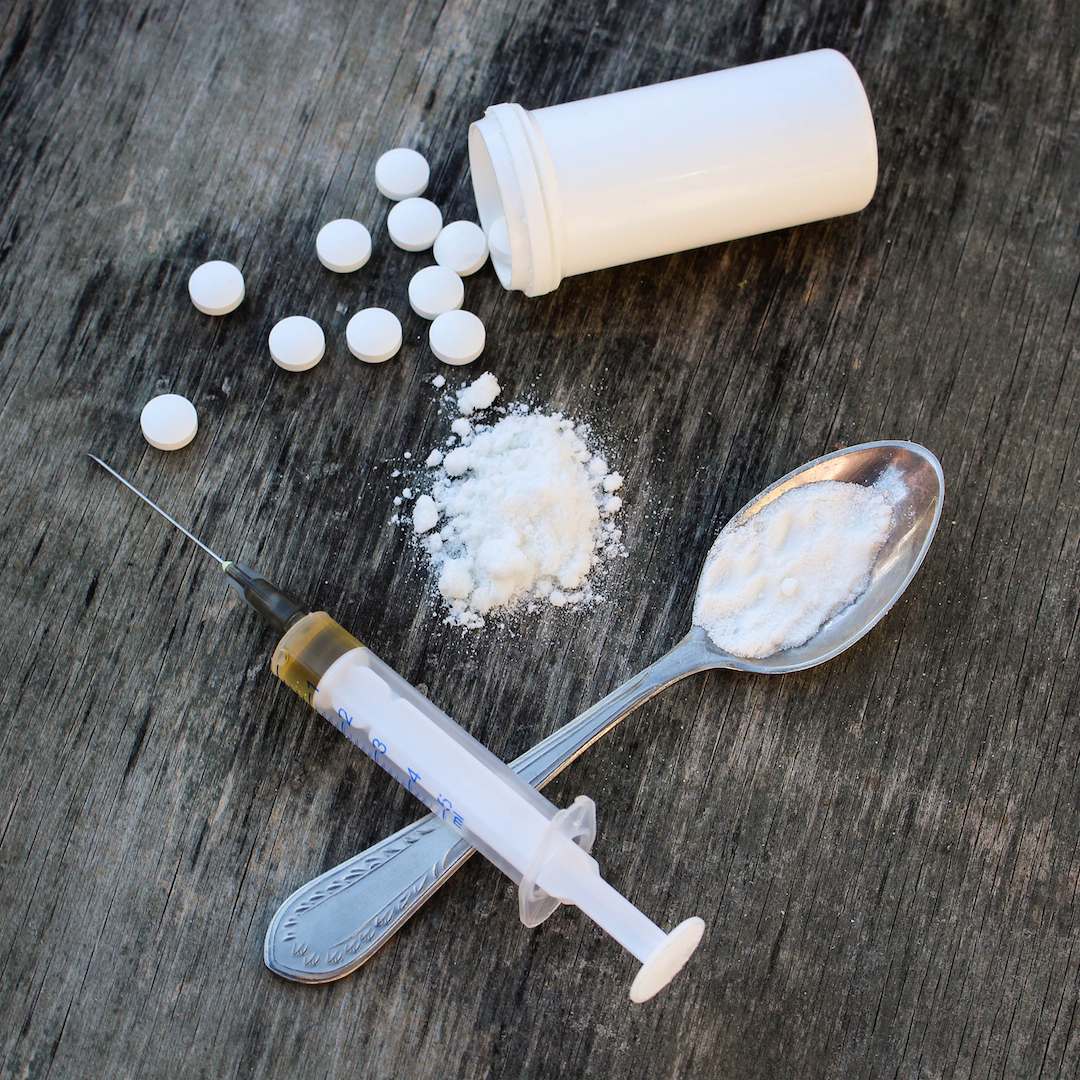 Opana, also known by the generic name oxymorphone, is a semisynthetic opioid that is used to treat moderate to severe pain. It’s also a common choice to calm and sedate patients before surgery. It typically comes in either immediate-release or extended-release tablets so that people with either chronic or acute pain can be treated, as well as chronic pain sufferers who experience “breakthrough” pain – pain so intense that it can’t be controlled by a standard pain management program.

As an opioid, Opana can be abused and has the potential to be addictive. Abuse of the medication, as with any prescription opioid, can result in a pleasurable high that includes feelings of peace and relaxation or even intense euphoria. Many recreational users of drugs like Opana will either take it without a prescription or take more than prescribed in order to experience that high. They may also crush up the pills to snort or smoke the powder, or dissolve them into a solution to inject it into a vein.

All opioids are addictive and carry the risk of overdose and health complications from long-term abuse. However, intravenous Opana ER (extended release) abuse comes with its own unique dangers. The Centers for Disease Control and Prevention recently found a link between this medication and a dangerous condition called thrombotic thrombocytopenic purpura (TTP), or something very similar to it. TTP is a blood disorder that causes a large number of clots to form in small blood vessels in all areas of the body. These can build up in essential areas and inhibit blood flow to the brain, kidneys, heart, and other organs. It can also cause internal bleeding and anemia.

This and other health risks make abusing Opana quite dangerous. Unfortunately, a lack of education and general awareness about the risks of abusing prescription medications have caused addiction and overdose rates from these drugs to skyrocket in recent years. People still have a prevailing belief that abusing prescription drugs is much safer than abusing illicit drugs like heroin or cocaine – nearly half of teens believe this myth, in fact. But the truth is that abuse of any intoxicant is dangerous, especially substances that are as addictive as opioids.

One of the most alarming things about opioid abuse is the fact that it tends to start in young people. The most common nonmedical users of prescription painkillers like Opana are under 35 years old, and a significant number of first-time users are in middle or high school. Many report simply finding these drugs in their parents’ drug cabinets or being offered a pill by friends. Due to the high rate at which these pills are dispensed by doctors, it’s not difficult to get ahold of them.

At the same time, prescription opioid use among older age groups is on the rise. People around retirement age are more likely to experience chronic or acute pain and more likely to be prescribed any kind of medication. It often appears that doctors are less likely to pursue alternative options to painkillers or even look for an underlying cause of pain to treat, instead opting to treat symptoms with an increasing number of pills.

Though people who take prescribed opioids as instructed are not likely to develop an addiction, if left on the same painkiller for too long, they can eventually develop a tolerance. This means they need to take higher and higher doses of the drug to get the same effect. If pain is no longer controlled by the recommended dose and nothing else is done, patients may take more than instructed out of desperation. This pattern of tolerance and abuse can easily lead to addiction and further drug abuse.

Signs of prescription opioid abuse can be subtle at first, but as the problem gets worse, they become more obvious. Not everyone who abuses a drug will become addicted to it, but due to the significant risks, especially to young people, it’s important to be familiar with the potential signs, including:

People abusing drugs like Opana might feel fantastic while on them, but often experience unpleasant aftereffects when the drug wears off. This can manifest as unexplained emotional changes or mood swings. Other psychological symptoms can include depression and irritability. These tend to become worse as tolerance increases, higher doses are taken, and the body develops an addiction to the substance.

Physical addiction refers to dependence that produces intense cravings and withdrawal symptoms when the addicted individual stops taking the drug. This happens because the brain adjusts to the frequent or constant presence of the literally mind-altering drug. In the case of an opioid like Opana that activates certain receptors in the brain, said receptors will begin to dull or shut down in an attempt to correct the imbalance. When the drug intake stops, those receptors take time to go back to normal, producing withdrawal.

Withdrawal symptoms upon stopping intake of Opana are strong indicators of addiction, but the physical symptoms aren’t the only aspect of this disease. There’s also a mental and emotional aspect, often referred to as psychological addiction. This is characterized by a feeling that the drug is needed to get through the day and emotional distress if it ever appears that the drug is not going to be constantly available. These symptoms can help others spot addiction even if withdrawal never occurs.

Other signs of addiction include:

If both these signs and physical withdrawal symptoms have manifested, it’s very likely time to seek out professional help. Luckily, there are over 14,500 addiction treatment centers across the US that can help those in need. 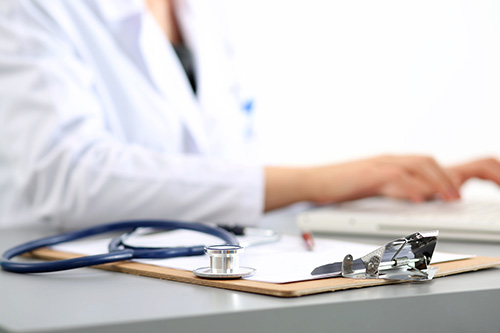 Because opioid addiction is so common and has such a long history, there is a large body of research on the treatment of this form of addiction. There are even medicinal options for treating addiction to opioids like Opana.

Methadone is a medication that has been used to treat opioid addiction for decades. Usually associated with heroin, it can be used to treat addiction to just about any natural, synthetic, or semisynthetic drug of this class, including Opana. As an opioid itself, methadone reduces cravings and withdrawal symptoms but does not produce nearly the same kind of high that Opana does. A person can therefore be switched onto methadone and have the dose gradually lessened until intake can be safely stopped.

Buprenorphine is a much newer medication that has helped a lot of addicted individuals in their journeys to recovery. The benefit of buprenorphine is that it has a much lower potential for overdose than methadone and therefore does not need to be so strictly controlled. Methadone patients can often only receive their dose at a specially licensed clinic and from a licensed medical professional, whereas buprenorphine can be dispensed at a pharmacy and taken home like a standard medication, making it much more convenient.

There may be cases in which it’s better for a person to stop taking the drug all at once, but this kind of “detox” is rare and often unnecessary when it comes to prescription drugs. If unavoidable, clients should ask their doctors for medications to treat withdrawal symptoms as they emerge. There are also medically assisted detox programs in which people can stay in a hospital or treatment center for the duration of the worst withdrawal symptoms so they can be constantly monitored and kept comfortable.

After getting off the drug, or during the detox process, it’s important to engage in some kind of a rehabilitation program. This greatly increases the chances of avoiding relapse in the future. There are inpatient and outpatient programs available all across the country, each with their own treatment philosophies, workshops, and specialties. It’s important to do plenty of research before selecting a rehab center to ensure it best fits your unique situation.