Is There a Serious Risk of Ego Death from Taking LSD?

LSD (lysergic acid diethylamide) is a compound that was originally developed to aid in childbirth. The compound was not effective for this purpose, and it was shelved for some time. The originator of the formula, chemist Albert Hoffman, later began to experiment with the drug and discovered its psychedelic properties.

LSD was eventually used in the treatment of psychiatric issues and later became a very popular psychedelic drug with fringe groups, such as the Beat Generation and hippies in the 1960s. The drug lost favor with the public as a result of political shifts and efforts by governmental authorities to categorize potentially dangerous substances. Eventually, LSD was classified as a Schedule I controlled substance by the United States Drug Enforcement Administration (DEA) even though there is research to suggest that it might have some medicinal uses, particularly in the treatment of certain mental health disorders. 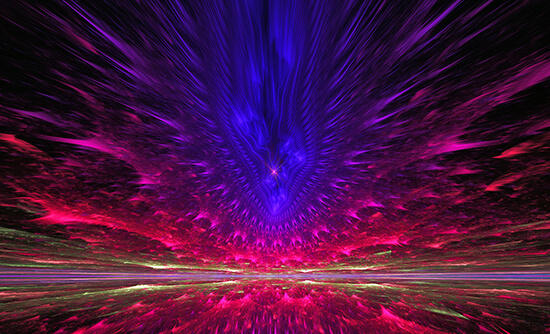 The drug’s popularity in the 1960s stems from its psychedelic properties. The drug is a classic hallucinogenic drug, meaning that its primary effects are to induce hallucinations, distort perceptions of time and reality, and enhance perceptual experiences (e.g., seeing colors as far brighter than they are, hearing sounds more acutely, etc.).

Due to the shifting political values in the 1960s, psychedelic drugs like LSD became associated with the ability to expand one’s consciousness.

These drugs were believed, and are still believed by some, to allow an individual to achieve a level of self-awareness that is often associated with the type of self-awareness that various spiritual or religious disciplines seek to achieve (e.g., yogis, spiritualists, etc.). Psychedelic drugs like LSD received a sort of cult following, and psychedelic gurus like the Harvard psychiatrist Dr. Timothy Leary publicized the benefits of their use.

However, the use of these drugs never received acceptance by the majority of people in the United States and Europe. As a result, they were considered to be associated with cult-like groups and oddball types by the establishment.

The Concept of Ego Death 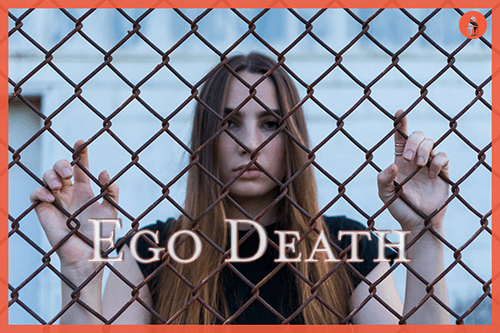 Ego death or psychic death refers to the loss or transcendence of a person’s self-concept or self-identity. This term has significant links to spirituality, mythology, mysticism, Jungian philosophy (Carl Jung was a psychoanalyst and one of the major followers of Sigmund Freud who eventually broke away from Freud and started his own school of psychoanalysis), and the drug culture, particularly the psychedelic drug culture of the 1960s. Ego death is meant to be a symbolic transition that results in an individual being spiritually renewed. For example, Dr. Timothy Leary, a major proponent of LSD use, believed that using psychedelic drugs like LSD led to the eventual true understanding of the self and resulted in the denial of expectations, goals, materialism, etc., that was promoted by the American culture at the time. It refers to a mystic and altered state of consciousness and heightened awareness.

The use of psychedelic drugs to expand consciousness had previously been the focus of other writings of famous people, such as Aldous Huxley (philosopher and author of the book Brave New World and others) and Alan Watts (an early American proponent of Zen). The psychiatrist Carl Jung had previously popularized the notion of a psychic death as a sort of transformation of the human psyche and a higher level of consciousness.

Ego death typically refers to a broader concept that occurs as a result of multiple uses of LSD. However, individuals also refer to ego dissolution, the feeling that while under the influence of LSD the boundaries between themselves and the rest of the world are dissolved, and they feel connected with everything.

This phenomenon does not occur every time someone uses LSD, but when people do experience it, they believe it has mind-expanding properties. Recent research has suggested that this experience may be the result of LSD’s ability to facilitate connections between different parts of the brain that normally do not readily connect with each other. This temporary experience, occurring when the individual is under the influence of LSD, resolves once the effect of the drug has worn off. Continuing to use LSD and having numerous similar experiences can help to expand one’s consciousness and lead to the more symbolic notion of ego death according to proponents of psychedelic drugs.

Timothy Leary consulted with Huxley and began using psychedelic mushrooms and LSD in an attempt to expand his own consciousness. He became convinced that use of LSD could result in increased consciousness and became a major advocate of its use. Later, LSD became popularized with younger people in an attempt for them to expand their consciousness, rebel against societal values, and follow the path of intellectuals who had also been somewhat rebellious.

Despite its rather foreboding connotation, the notion of ego death is not one of physical death or a concept that is detrimental or damaging to an individual. Ego death is one of the first steps to enlightenment and self-awareness. It does not mean that a person has escaped their ego (self), but instead, they have become more self-aware and redefined themselves while transforming their ego into something broader.

Ego death is not a type of mental disorder, and there is no formal diagnosis of ego death or psychic death in the Diagnostic and Statistical Manual of Mental Disorders – Fifth Edition or in any previous edition of the DSM. Except for very staunch Jungian-type psychologists, mystics, or individuals who are seeking enlightenment, the notion of psychic death or ego death is not commonly discussed in clinical circles currently. Moreover, there is no way to quantitatively or qualitatively measure one’s ego; in fact, the concept of ego is originally a Freudian concept that has been redefined by numerous other psychologists and philosophers. Ego death as described in the philosophical literature and by the individuals who attempt to achieve higher states of consciousness using psychedelic drugs as a symbolic concept; it is not considered to be a real event.

Proponents of psychedelic drug use would not consider ego death to be a risk; they would consider it to be a benefit of the use of psychedelic drugs and attempting to expand one’s mind. The actual attainment of psychic death or ego death would be based on a subjective interpretation of one’s own mental and spiritual state, and could not be objectively measured.

Ego death is not the development of psychosis as the result of LSD use. The long-held stereotypic belief that chronic use of LSD and other psychedelic drugs results in the development of extreme psychiatric/psychological problems such as psychosis has been refuted by numerous research studies, although there certainly are some risks associated with the long-term use of hallucinogenic drugs like LSD. These drugs are best used under the supervision of a physician when they are used for medicinal reasons. Thus, the development of ego death as a result of using LSD is a totally subjective interpretation and not a detrimental or destructive concept. People who undergo psychic death have actually obtained a higher level of self-awareness; they have not lost anything. According to this philosophical notion, they have actually gained insight into themselves and the universe.

There is no known amount of LSD, no identified number of times one has to use LSD, or any other guideline that is associated with the development of ego death. It appears that ego death is more of a goal than an actual realization. Individuals who use psychedelic drugs like LSD to expand their minds continually attempt to experience different levels of self-realization.