According to a 2011 article in the journal Current Topics in Medicinal Chemistry, Mitragyna speciosa Korth (known as kratom or biak-biak) is a tree that grows in Southeast Asia. The tree belongs to the same family as the trees that produce coffee beans, and the leaves of the tree have been used as an herbal remedy for quite some time. Laborers use the leaves as a stimulant and typically chew the leaves or brew it in a tea. In larger doses, the substances in the leaves appear to have opiate-like effects, and individuals also use kratom as an opioid replacement or substitute to assist in withdrawal from opioid drugs.

The United States Drug Enforcement Administration (DEA) does not list kratom as a controlled substance, although it does list it as “a drug of concern.” The DEA reports that figures on who abuses the drug in the US are not readily available. There appear to be no legitimately described medicinal uses for the substance, but there are claims that it may be useful in treating withdrawal from certain drugs, and it may have some properties that suggest it can be useful as an antidepressant. Since the drug is not controlled by the DEA on a federal basis, some states, such as Alabama, have developed specific statutes to control use of the plant. 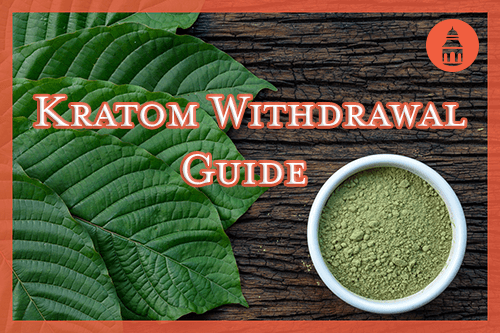 There are a number of different sources that support the use of kratom, and there is even a small organization, the American Kratom Association, that lists a number of medicinal properties of the drug and attempts to discredit research indicating that the drug is a potential drug of abuse. It is not known how extensive use of kratom is in the United States or the demographic variables associated with people who use the drug; however, it would be expected that the majority of users are of Asian background due to the drug’s popularity in Asia.

According to the book Medical Toxicity of Drug Abuse: Synthesized Chemicals and Psychoactive Plants, the major psychoactive ingredient in kratom is mitragynine, which appears to have dose-dependent effects.

These effects at very small doses appear to be of a more stimulating nature and can include:

At moderate to higher doses, effects include:

Chronic use of the drug may produce issues with insomnia, loss of appetite, and a darkening of the skin. In some rare cases, individuals who use large amounts of the drug for lengthy periods of time may experience hallucinations.

The timeline for physical dependence associated with kratom use appears to be relatively stable:

It appears that the majority of cases expressing withdrawal symptoms associated with the use of kratom used fairly high amounts of the drug on a regular basis (most often as a tea). All of these reports suggest that the withdrawal syndrome is relatively mild. This may be the basis for supporters of the drug’s use, both recreationally and as a withdrawal management drug, maintaining that the drug does not produce physical dependence but instead claiming that chronic users may develop mild psychological dependence on the drug.

Why Kratom Should Be Considered Potentially Dangerous

Kratom is not regulated by the DEA and its manufacture or distribution is not controlled under the statutes of the FDA. Because research indicates that it may have differing properties at different doses and may have the potential to produce physical dependence, it would be unwise for individuals to attempt to procure the drug from private or unfamiliar sources. Since the FDA does not control its manufacture, there can be no assurance that what one is purchasing is actually what is stated on the label. In addition, while there are no indications that individuals can suffer serious effects from taking too much of the drug alone, it is unknown what types of effects might occur when kratom is mixed with other drugs of abuse or with medications or other herbs. Case studies investigating fatalities associated with the use of kratom indicate that individuals used kratom in combination with other dangerous drugs of abuse. However, this does not mean that it is impossible to overdose on the drug.

While there is some anecdotal evidence that the drug may be useful in the treatment of withdrawal symptoms from opioid drugs, there appear to be no professional organizations recommending its use in this capacity, and it does appear that there is a potential to develop at least mild physical and/or psychological dependence when one uses the drug regularly.

This drug cannot be recommended for any type of medicinal use given its current status by the DEA and the fact that there are no FDA controls over its manufacture and distribution. The drug should be considered a potentially dangerous drug of abuse. It is far better to err on the side of safety with unregulated substances than to believe anecdotal evidence or reports.