What Is Furosemide? Side Effects and Addiction Potential

Furosemide, marketed under the brand name Lasix, is a medication prescribed as a diuretic to help with fluid retention (edema) or hypertension (high blood pressure). Edema can be caused by many different medical conditions, including kidney, liver, or heart disease. Furosemide is usually taken in a tablet or oral solution form once or twice a day, depending on the person and specific dosage instructions.

Diuretics like furosemide help the kidneys to rid the body of unneeded salt and water through urine. It can be abused as a weight loss tool and by athletes to drop “water weight” quickly, or to attempt to dilute the urine before a drug test to mask other doping agents. It is a banned substance by most athletic organizations. Furosemide is the one of the most commonly abused diuretics detected by the World Anti-Doping Agency (WADA) in athletes, per the British Journal of Pharmacology (BJP), as it was detected in nearly a quarter of all positive diuretic doping samples tested in 2008. 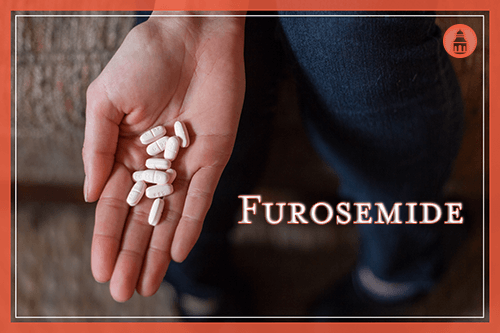 After marijuana and alcohol, over-the-counter (OTC) and prescription medications are the most regularly abused substances in America by those aged 14 and older, the National Institute on Drug Abuse (NIDA) publishes. The prescription label for Lasix, published by the US Food and Drug Administration (FDA), warns that taking too much of the medication at a time can cause excessive urination (diuresis) and electrolyte depletion, and that the drug should be taken only under strict medical supervision.

Any misuse of furosemide, that is taking the drug outside of a necessary and legitimate prescription under the direction of a trained healthcare professional, can be risky. Abuse can result in various short-term and long-term consequences.

Water and salt are rapidly excreted from the body in the form of urine when a diuretic is taken, and this can lead to an imbalance of electrolytes and significant dehydration. Furosemide can cause rapid unhealthy water and salt loss in the body, and Merck Manual warns that when a person is dehydrated, water moves from inside the cells to the bloodstream, causing the cells to shrivel up. If water and electrolyte balance is not restored, blood pressure can fall and internal organs, including the kidneys, brain, and liver, can be significantly damaged, potentially inducing a coma or even leading to death.

The following can be side effects of dehydration and a potential overdose on furosemide:

The National Library of Medicine (NLM) reports that the following are additional possible side effects of furosemide use:

Dry eyes, salt imbalance leading to hypernatremia (high concentration of salt in the blood), hypotension (low blood pressure), potassium deficiency, kidney damage, changes in urination and bowel movements, and restlessness are other possible side effects of furosemide abuse. Furosemide typically begins working within the first hour after taking it, and it stays active in the body for about 6-8 hours on average.

Furosemide is considered a potent medication that is highly dose-specific to the person taking it. Odds are if the medication is being misused, the person is not aware of the correct dosage, and the risk for an overdose or other unwanted and unintended consequences is increased. 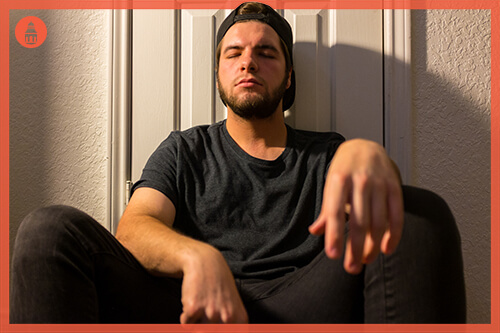 Abuse of diuretics like furosemide is not only regularly seen in body builders and other athletes who have weight restrictions but also are in individuals who struggle with eating disorders. As published in the International Journal of Eating Disorders, diuretics are often used as a purging mechanism by individuals battling bulimia. Furosemide can be abused to help a person slim down or mold their body shape into a more desirable one.

Regular abuse of furosemide can cause an unhealthy drop in weight that can have many negative consequences.

The body will not have the necessary nutrients it needs to perform optimally, and this can leave a person feeling tired and run down without enough energy to engage in exercise or even normal everyday tasks. When too much fat is burned, the body can start attacking and breaking down muscle, leading to a degradation of muscle mass. Bone density can also be impacted by a body mass index that is too low, leading to osteoporosis. Gout, a joint disorder, is another possible side effect of furosemide abuse as is impotence.

Another side effect of long-term furosemide abuse is the onset of a potentially life-threatening medical emergency, hypokalemia. Furosemide-induced hypokalemia is called Pseudo Bartter syndrome, and it occurs when potassium levels are too low in the body. Potassium is one of the body’s electrolytes, and its levels are managed by the kidneys. Since furosemide depletes electrolytes and can interfere with normal kidney function, significant damage can be done with repeated introduction of the drug. The journal BMC Women’s Health publishes that furosemide-induced hypokalemia can cause a possibly fatal cardiac arrest, paralysis, and rhabdomyolysis. Rhabdomyolysis is the result of injury to the muscles that can be caused by furosemide creating a breakdown of muscle tissue that releases a damaging protein into the blood, which then attacks the kidneys. Symptoms of rhabdomyolysis include muscle pain, weakness, and cramps.

Weight loss caused by abuse of furosemide is not sustainable or healthy. This may cause the person to get discouraged and feel depressed and anxious about their body, leading to further drug abuse and the potential for a mental health disorder. Nearly half of all those who struggle with eating disorders abuse alcohol and/or drugs, the journal Social Work Today reports, and more than a third of those battling alcohol and/or drug use disorders also suffer from eating disorders.

Drug abuse, addiction, and eating disorders are closely connected for a variety of reasons. When a person struggles with one issue, they are then at risk for other disorders as well. Abuse of furosemide may encourage a person to have unhealthy and unrealistic expectations of their body shape and size, which can make them vulnerable to suffer from an eating disorder to maintain or achieve the body they desire. This can lead to the continued abuse of drugs to get this desired effect.