The Dangers of Fentanyl Mixed with Heroin

Opioid drugs have been a serious problem in the United States for centuries. Since morphine was first synthesized and used as a painkiller, drugs synthesized from morphine or opium have caused millions of people to struggle with addiction, overdose, and death.

Guidelines from the American Pain Society were released in 1996 stated that no patient should be in pain, so prescribing rules for opioid painkillers were loosened in 1999. The Centers for Disease Control and Prevention (CDC) has kept track of the rising opioid abuse epidemic. Between 2000 and 2015, the CDC found that 500,000 people died from overdose on opioid drugs – mostly from prescription narcotics like oxycodone and hydrocodone. However, more recently, heroin, fentanyl, and potent mixtures of opioids like grey death have been contributing to the large numbers of opioid overdoses. 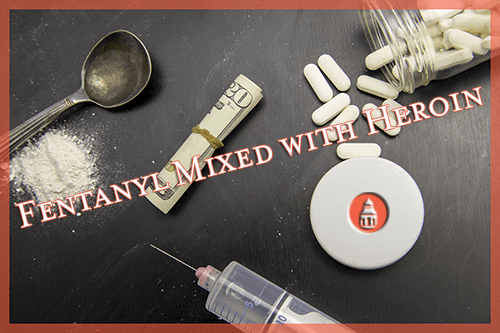 A New York Times report found that the modern opioid overdose epidemic is the worst in US history. Drug overdoses are the leading cause of death for individuals in the country who are under the age of 50. Over 2 million Americans struggle with opioid abuse and addiction. Since 2015, about 91 people die every day in the US due to an overdose from opioid drugs. Since 2014, opioid overdose deaths have skyrocketed with the introduction of illicitly produced fentanyl into the black market.

After morphine’s synthesis and deadly popularity in the 19th century, heroin was synthetized in an effort to replace morphine with a less addictive painkiller. Heroin is more potent than morphine, and it was used as a rapid-acting painkiller. It also led to many people struggling with addiction until it was finally tightly regulated with the passage of the 1914 Harrison Narcotics Act. It was moved to Schedule I status under the Controlled Substances Act, which was passed in the 1970s; Schedule I drugs are considered very addictive and dangerous, with no legitimate medical uses. Heroin is currently the only opioid in Schedule I, as other opioids have medical uses.

Heroin, like other opioid drugs, is a central nervous system depressant that stops pain sensations when it binds to opioid receptors in the brain. This narcotic hits the brain within seven or eight seconds if it is injected intravenously, which is the most common method of abuse.

Fentanyl’s Development and the Epidemic of Overdoses

Fentanyl was synthesized in the 1950s, designed as a prescription painkiller for intense, chronic pain, especially for people in the terminal stages of cancer or with similar chronic conditions that cause pain. This potent narcotic is 80-100 times more powerful than morphine, and about 50 times more powerful than heroin, on average. Like other opioids, fentanyl binds to the opioid receptors to stop pain, which can also lead to euphoria, relaxation, blood pressure changes, sleepiness, and respiratory depression. People who experience fentanyl overdoses primarily suffer from oxygen deprivation when their breathing becomes too shallow or irregular, or stops completely.

According to the Drug Enforcement Administration (DEA), illicit abuse of fentanyl was first reported in the 1970s, as the drug was diverted from hospitals and doctors’ offices into illicit sale. Since then, more than 12 analogs of fentanyl have been identified, many of which are produced in clandestine laboratories, intended for nonmedical use.

Fentanyl is still prescribed to treat extreme pain. The DEA reported that there were 6.5 million prescriptions for this medication in 2015; in the first nine months of 2016, about 4.55 million fentanyl prescriptions were dispensed.

Reports compiled by the DEA found that there were 550 overdose deaths involving fentanyl in 2013, which jumped to a frightening 2,000 overdose deaths in 2014 and 2015. In 2016, forensic labs across the nation reported more than 13,500 cases of fentanyl at crime or overdose scenes.

Heroin and fentanyl are increasingly mixed, as fentanyl is more readily available. Drug dealers want to make more money so they mix higher-potency fentanyl into their heroin batches. Many people who began struggling with prescription opioids turned to heroin when regulations made it tougher to renew their prescriptions for painkillers; now, with fentanyl lacing many heroin supplies, the increase in overdose deaths is rising dramatically as people who struggle with heroin addiction accidentally overdose on the more potent opioid. The CDC found that heroin overdoses rose 50 percent in 2013 due to the unknown presence of fentanyl.

It is currently believed that most fentanyl-related overdoses are accidental. While some people do receive fentanyl prescriptions, and some people whose tolerance to opioids leads to escalating substance abuse turn to fentanyl for a more intense high, most people are sold fentanyl instead of the opioid they want. Again, illicit versions of oxycodone, hydrocodone, and morphine, as well as heroin, may actually be fentanyl, or may be laced with fentanyl to extend the dealer’s supply. 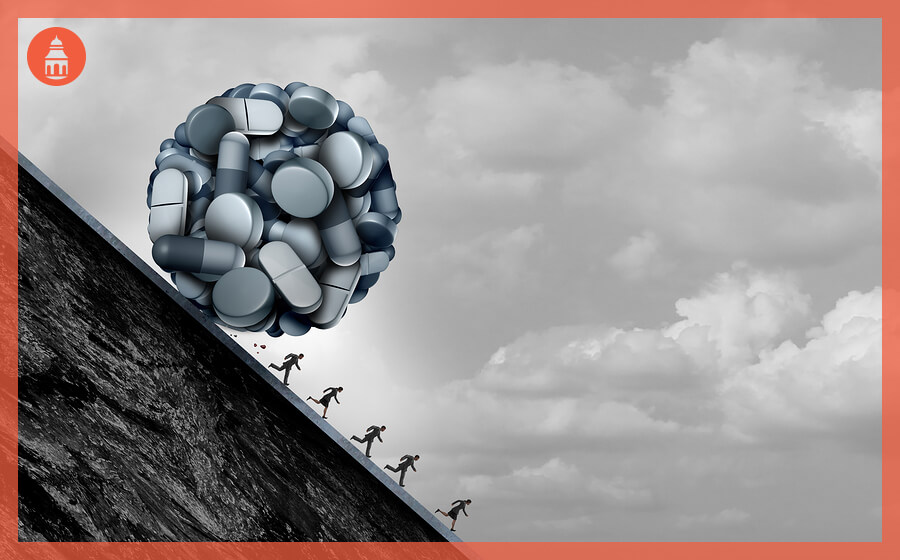 Emergency responders and law enforcement officers have also suffered from the fentanyl outbreak. In 2016, a New Jersey police officer was sent to the emergency room due to accidentally inhaling fentanyl after closing a bag; the few grains he inhaled were enough to cause a rapid overdose. In Connecticut that same year, 11 SWAT team officers became ill after inhaling fentanyl at the site of a raid. Many emergency workers are now using hazmat suits and other protective gear when they enter overdose scenes.

To combat the overdose epidemic, many states are widening the public’s access to naloxone, a drug that temporarily reverses an opioid overdose. An easy-to-use nasal spray version of the drug, called Narcan, was created so people without medical training, such as family members and caregivers, could give a dose of naloxone in the event of an emergency. With the expanding, deadly opioid epidemic, more states are passing laws allowing pharmacies to dispense naloxone to anyone who asks, giving training in naloxone to more emergency responders, and expanding physicians’ ability to prescribe naloxone to family members who may be concerned about their loved ones.

Some states are offering a fentanyl test kit to those who struggle with opioid addiction. A pilot program through a needle exchange in New York has started dispensing test strips, so people who abuse heroin or other narcotics will not accidentally take fentanyl and overdose. The CDC is still collecting data on the success of this program, but the presence of such programs shows how deadly fentanyl has been.

Some states are offering a fentanyl test kit to those who struggle with opioid addiction.

In general, signs of an opioid overdose – whether it involves heroin, fentanyl, or another narcotic – include:

It is extremely important to call 911 in the event of an overdose. Even people with easy access to naloxone should call for emergency medical attention, as naloxone may not fully reverse a fentanyl overdose since the drug is so potent.

Many people also experience severe side effects from overdoses. Not only have thousands of people died from fentanyl-heroin overdoses, three out of four people who are admitted for ER treatment survive but suffer long-lasting damage to their health.

Some of the reported effects include:

With a seeming abundance of illicitly produced fentanyl, those who abuse other addictive substances are also at risk of an opioid overdose due to the potent opioid unknowingly being mixed into their supply. One of the hardest-hit demographics are people who struggle with cocaine addiction. Since fentanyl and cocaine are both powders, people who struggle with cocaine addiction have been hospitalized because fentanyl was mixed into their stimulant drug. In Cuyahoga County, Ohio, in 2016, 24 of the 60 overdose deaths reported in the month of January involved the deadly mixture of fentanyl and cocaine; in February, the mixture killed 26 victims out of the reported 70 overdose deaths; and in March, 10 of the reported 47 overdose deaths involved cocaine and fentanyl.

Fortunately, there is help available to safely recover from opioid addiction. Medical detox is needed, followed by comprehensive addiction therapy. Abuse of fentanyl-heroin combinations is incredibly risky; reach out for help before overdose hits.