Fentanyl is a powerful synthetic opioid painkiller that acts fast and leaves the body fast. It’s one of the most potent opioids on the market; in fact, it is 80-100 times more potent than morphine. It’s fast-acting nature and high potency have made it very popular for abuse, and it has become easier to obtain as more and more doctors prescribe it due to its effectiveness.

Another appeal of fentanyl is how many forms of application it comes in. It can be given intravenously and combined with benzodiazepines to sedate patients before surgery. There are also a transdermal patch for long-term pain management, lozenges, and even a nasal spray. It’s most often given to people facing severe pain, including cancer patients and wounded soldiers. It can also be smoked, snorted, or injected with a needle by those using it recreationally. 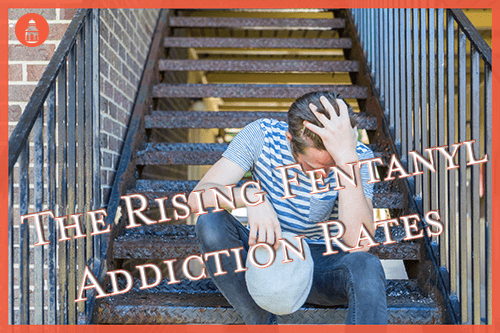 Fentanyl is often described as producing less of a euphoric high than opioids like heroin and more of a sedative and analgesic (painkiller) effect. However, mixing it with other opioids can cause intense euphoria, though this is very dangerous. There have been several recent reports of batches of heroin that are mixed with fentanyl; the fentanyl is intended to increase the potency of the heroin, and this combination has caused mass numbers of overdoses.

Fentanyl is so potent that it’s measured in micrograms, and even the tiniest increase in a dose can prove fatal. This is considered to be a large part of the reason for the massive spike in drug poisoning deaths involving heroin, which increased by 172 percent from 2010 to 2013, according to the US Drug Enforcement Administration (DEA).

People often obtain fentanyl for abuse on the black market. Some will buy from individuals who have been prescribed the drug for their pain, but there have also been discoveries of fentanyl labs that produce huge amounts of pills to sell on the streets. The fast high only lasts around 45 minutes, and users often experience severe stomach pain and nausea upon coming down. This can encourage people to binge on the drug, taking more every time it starts to wear off for hours or days at a time. Bingeing like this significantly increases the risk of forming an addiction.

Fentanyl, unlike less potent opioids like Vicodin and OxyContin, is not prescribed for common problems like back pain. It’s therefore harder to obtain for the average person; you won’t find a bottle of fentanyl pills in your grandma’s medicine cabinet. Fentanyl in pill form is typically made illegally and is riskier to obtain. It’s therefore more common for experienced drug users to abuse fentanyl.

Interestingly, although opioid abuse has for many years been considered more of a problem among minority races and particularly among black communities due to heroin epidemics, the increase in prescription drug abuse trends has led to a significant increase in the number of white people abusing, becoming addicted to, and overdosing on opioids. Casual nonmedical use of Vicodin or codeine can lead to people seeking out stronger drugs like heroin or fentanyl, and this appears to have been the case in the US in recent years.

Due to the fact that fentanyl is so potent and has such harsh aftereffects, it can be easier to spot abuse of this drug than some others. Those who become addicted tend to do so quickly and intensely, but the sooner addiction can be spotted and someone can intervene, the better off the addicted individual will be. It’s therefore important to become familiar with the signs.

Common side effects of fentanyl use include:

These effects are those reported by individuals given fentanyl via prescription and who take it as prescribed. Those who abuse it may also experience euphoria, significantly improved mood, and a feeling of invincibility after taking it. In addition, they may experience depression, nausea, and severe fatigue when coming down less than an hour later.

Drug abuse does not always lead to addiction, even when it comes to a strong opioid like fentanyl. However, the longer and heavier the abuse of any addictive drug, the greater the chance than an addiction will occur. Addiction can be very dangerous when it comes to such a potent drug with such a high potential for overdose, and the aftereffects of the drug can make it very difficult to function in society while suffering from addiction to this substance.

Signs of fentanyl addiction can include:

Overdose cases from opioids in general increased by 200 percent from the year 2000 to 2014. Fentanyl is one of the more dangerous drugs in terms of overdose, so it’s especially important to be aware of the signs of abuse and addiction.

Withdrawal symptoms from fentanyl are a result of building up a tolerance to the drug, and then needing higher and higher doses of the drug to get the same effect. This is also considered to be an important aspect of what’s referred to as physical addiction or dependence. Opioid withdrawal is not directly dangerous, but it is often very intense.

The intensity of these symptoms tend to peak at about 72 hours after the last dose. The physical symptoms taper off during the next few days, though depression can last for weeks or months, depending on how severe the addiction is. 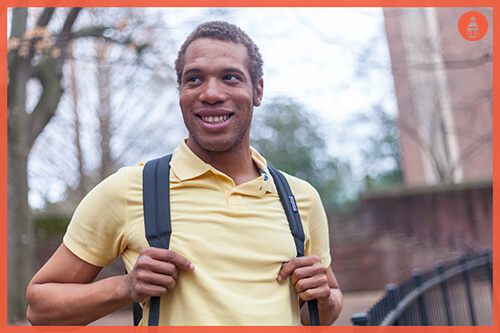 Fentanyl addiction can be intense and scary, but there are plenty of treatment options for opioid addictions of all types. Unlike with other substances, opioid addiction can be treated directly with medication. Methadone and buprenorphine have both been successfully used to help addicted persons get off drugs like heroin, Vicodin, and fentanyl.

These medications are opioids themselves but are much less powerful. For those with a high tolerance to opioids, they don’t produce any real kind of high, but they reduce or eliminate cravings and withdrawal symptoms. A person addicted to fentanyl could therefore be switched onto methadone or buprenorphine and then gradually weaned off the new opioid under the supervision of a medical professional.

For some individuals, it’s a better option to quit taking the drug all at once; however, this should never be attempted without first consulting a doctor. Although withdrawal is often thought of as a terrible ordeal, with the help of a medical professional, it doesn’t have to be. Doctors can prescribe medications that can combat the worst of the symptoms or even schedule addicted persons for medically assisted detox. This is a process in which an addicted individual stays in a hospital setting for the duration of the physical withdrawal symptoms, so doctors can monitor them and ensure they remain as comfortable as possible during the detoxification period.

After detox, it’s necessary for addicted individuals to enter a rehabilitation program. Most treatment centers offer both inpatient and outpatient options for rehab. Inpatient programs involve staying in a treatment facility for the duration of the treatment, sleeping and eating there for several weeks or more. This intensive treatment is considered to be the most effective, but it is not always an option for those who can’t leave work for that long or who have children. For these individuals, outpatient programs allow them to come into a treatment center a few times per week for counseling, support group meetings, and educational workshops.