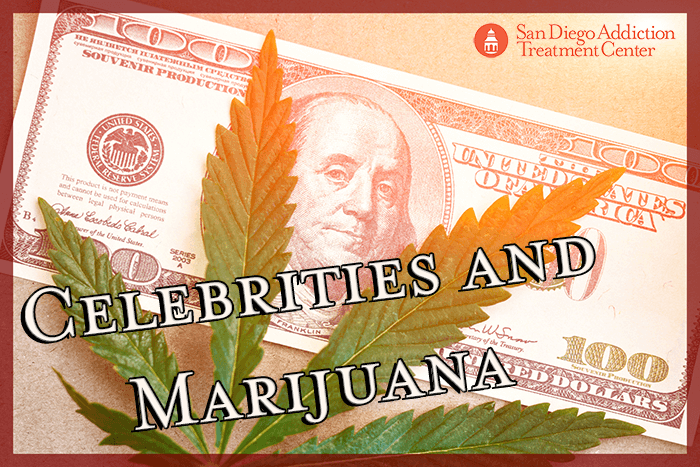 Celebrities from across the country who have long associated themselves with marijuana use are hoping to make some money off the fact that Californians have recently voted to legalize marijuana for recreational use. Actress Whoopi Goldberg, rapper Snoop Dogg, and country singer Willie Nelson are just a few celebs who have publicly expressed an interest in investing in the new California marijuana industry.

Though sales of marijuana for recreational use will not begin until early 2018, work has already started to prepare the way for growers and sellers. Regulators are working to issue the appropriate licenses and get the infrastructure in place in time. While it is likely that those who are currently in the industry in their respective capacities for medicinal marijuana will be the first to get these licenses, many others are lining up behind them.

When it comes to marketing and brand recognition in the new industry, celebrities enjoy a bit of privilege that others will not have. They also have the financial ability to make an upfront investment in their products – no small issue, considering the fact that banks have historically been resistant to providing business loans to anyone in the marijuana industry, given the fact that use of the drug is still illegal for all purposes under federal law.

Some estimate that the marijuana industry will grow from $6 billion to more than $50 billion over the next 10 years as more and more states legalize the drug and make it available to the public. An addictive substance, initial users may be likely to become repeat users despite any detriment to their functionality, causing the expected spike in sales.

The fact that so many celebrities are taking a public role in building up the industry has served to legitimize it for many and caused concern for families with teens and young adults. Many are worried that the fact that celebrities are supporting the use of marijuana for recreational use will encourage young people to begin using the drug, who will in turn miss out on opportunities in their lives, suffer an accident under the influence, or develop a lifelong addiction.

This is no small concern. A recent study published in the journal JAMA Psychiatry at the end of 2015 found that more than 30 percent of people who use marijuana are living with a marijuana use disorder as a result. From 2000-2001 to 2012-2013, the reported past-year use of the drug more than doubled from 4.1 percent to 9.5 percent. This will likely increase significantly as more and more states make recreational marijuana available to the public.

Additionally, the likelihood of developing a marijuana use disorder increases significantly for those who begin using marijuana before the age of 18; in fact, rates of marijuana use disorders in adulthood are 4-7 times more likely for initial users in their teens as compared to those who do not start using the drug until later in life, according to a study published in the journal Drug and Alcohol Dependence.

As the research into the long-term effects of the drug on users begins to pile up, it is becoming clearer that the drug is not harmless for users.

Use of the drug can double heart rate, impact blood sugar, and alter blood pressure in the hours after exposure. Lung infections and chronic cough are more common among those who use the drug regularly, and rates of accident – including drugged driving accidents – are higher among those who use the drug as compared to those who do not. We are still learning about the impact of the drug on the rates of other chronic fatal disease, such as certain types of cancer and heart disease, but we do know that addiction is a common problem and that there are links between use of the drug and poor mental health.

As would-be entrepreneurs grapple over copyright and trademark laws, and battle it out for the 20 different types of licenses that would allow them to have a foothold in the growing California marijuana industry, families across the state are waiting to see how the new law will impact their everyday experience. Concerns for young people, concerns for people who are in recovery and struggling to stay sober with the abundance of alcohol on every corner, and concerns for those who may inadvertently develop an addiction are more than valid, and everyone is waiting to see what unfolds.

How do you think the legalization of recreational marijuana will impact families in California? How will it affect your family?