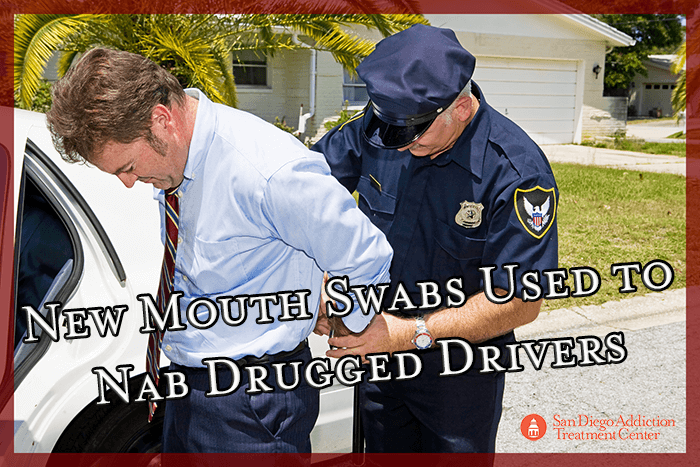 Drugged driving rates are a considerable problem, especially in states where marijuana is legalized for recreational use. Part of the problem is the inability of law enforcement to accurately assess someone’s impairment in the field if the intoxicant is not alcohol, making it difficult to identify those who are driving unsafely solely due to the use of marijuana and other substances.

A new test may change all that, and San Diego police are among the first in California to make use of the new option at DUI checkpoints and traffic stops. The test consists of a mouth swab and is already being used in a number of states. With the legalization of recreational marijuana on the horizon, it is likely that the new mouth swab test will be utilized by police departments across California if they prove to be successful.

San Diego now owns two of the new Dräger DrugTest 5000 machines; they were first used in mid-March at a DUI checkpoint downtown. The presence of seven drugs can be detected with the machine: marijuana, benzodiazepines, cocaine, methadone, opiates, amphetamines, and methamphetamines. However, the level of these drugs is not detectable by the machines, just their presence in the person’s system. The presence of any of these substances, or a combination of these substances, may indicate the need for a blood test to determine levels.

It’s a huge concern of ours with the legalization of marijuana that we’re going to see an increase in impaired drugged driving. We want to get these impaired drivers off the street.

This is not an unwarranted effort. According to Chief Zimmerman, a group of San Diego narcotics officers traveled to Colorado to learn how legalization of recreational marijuana impacted them and discovered that there had been an increase in drugged driving since the drug was legalized. In California, too, rates of drugged driving have been increasing. It is hoped that increased understanding of the problem through public awareness campaigns and use of new drug tests in the field will help to mitigate the harmful effects of drugged driving.

Though extensive PSAs and the work of organizations like Mothers Against Drunk Driving (MADD) have made the problem of drunk driving a well-known phenomenon – and had a positive impact on the problem as well – little is known in general about drugged driving, both what it means and its impact.

Here is what you need to know:

Drugged driving can be deadly, and it’s a problem that can harm not only the individual user, but also passengers in their cars and others on the road. If you, or someone you love, are unable to avoid driving while under the influence, it is a red flag that immediate treatment is necessary.

Take the time to learn more about your options in treatment today.