Mixed Messages: Any Form of Marijuana Is Okay but Some Forms of Alcohol Should Be Banned? 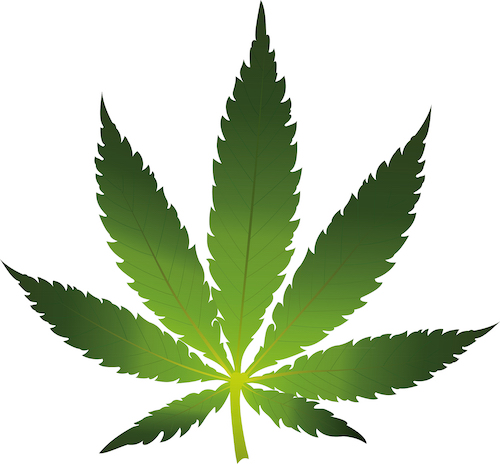 With all the changes happening across the country in regards to the legalization of marijuana and the unwavering stance of the federal government on the subject, it’s hard to know what to think. While the drug is still currently illegal for any use under federal law, even some presidential hopefuls are challenging that status by, in part, building their running platforms based on legalizing marijuana for recreational use or decriminalizing use of the drug.

So should marijuana be legal or not? And when it comes to use of “legal” substances that have the potential to be addictive, what exactly does that mean? Prescription opiates, sedatives, and stimulants are all legal, as long as only the person whose name is on the prescription bottle takes them. Getting caught with someone else’s pills can be a big legal fiasco. And then there’s alcohol, which is only legally available during certain times of the day and allowed to be sold by specific vendors – and only in some forms, apparently. Moonshine and powdered alcohol are banned in many states.

So what does all this disparate information add up to? How can Americans be sure that what they are using is safe when there are so many restrictions placed on the sale and use of the so-called legal substance? How do we even know, in some cases, if it’s actually legal to engage in use of a substance when state governments say one thing and the federal government says another?

Given that this is a time of great flux in American history in terms of legalization of different substances at the state and federal levels, and a major election will quickly be upon us, it could be argued that these are questions that each American will have to answer on a personal level – and then get to the polls to help pass laws on the subject that make sense in terms of safety.

The fact is that though the abuse and overdose rates of prescription drugs – especially opiates – have skyrocketed in the past decade and a half. In addition, abuse of these pills has likely turned into heroin addiction among many people who were unable to get more pills as the legislation restrictions tightened on the prescription and dispensation of addictive pills. As a result, it continues to be a gray area for many Americans. Many believe these pills are safe because they come from a doctor. Some keep extra pills around the house in case of an emergency without realizing that it could contribute to the abuse of the pills by others in the home.

A number of laws in recent years have sought to bring down the pill mills that were in the business of handing out addictive medications with little medical need, and some laws require more information-sharing and cataloguing of data for doctors to determine who has a prescription and who doesn’t before writing a prescription for addictive drugs. They have helped with the problem of prescription drug abuse. But given the huge shift in opiate addiction practices, and subsequent increase in abuse of and addiction to heroin, did these restrictive laws work?

Because so much has been done on the legal level in terms of managing the prescription and use of addictive pills, presidential hopefuls don’t have much to say in terms of creating more laws that would further increase restrictions – especially since heroin addiction is such a growing problem and is already illegal, a status that no one disputes. As we head to the polls, however, it’s important to make sure that those who hope to take the big seat are not only aware of this nation’s opiate epidemic but are also prepared to put a plan in place that will connect those in need with treatment. In addition, they need a plan to find money to support that venture in an already stretched federal budget.

There is very little evidence that marijuana has the medical merit to legalize it for this purpose. In a true Catch-22, there was little ability to test the drug for this year given its illegal status under federal law, but for some reason, legalizing it at the state level somehow changed access to so-called medical grade marijuana and made it possible to begin to research the subject. As a result, the limited research that has come available has been, well, limited.

For example, it has been found that cancer patients do find benefit from the appetite-inducing aspect of marijuana use and initial impact of nausea reduction, but because there are so many other substances that are better at addressing those issues – substances that don’t come with the risk of addiction and constant smoke exposure for the lungs – it is not the first line of defense.

Presidential hopeful Clinton believes that more research is necessary. She states that time is needed to watch the developments in the states where the drug is legal before she will make a strong stance one way or the other. Bernie Sanders has made it abundantly clear throughout his career that he supports marijuana use for medical purposes and recently announced that he also believes it should be made legal for recreational purposes as well, according to the Washington Post.

Powdered alcohol – or Palcohol as its manufacturer, Lipsmark, calls it – is banned in 25 states as of October 25, National Conference of State Legislatures. Michigan is working on becoming one of the next states to join that list and ban the distribution, sale, and possession of the substance, according to Reuters, depending upon how the state legislature responds to the bill. Thus far, Michigan’s State Senate has unanimously approved. Additionally, New York, too, has taken steps to ban the substance via US Senator Charles Schumer.

It’s clear that Americans are interested in following how current and potential government officials would handle the issue of marijuana. A recent national poll found that 60 percent of American adults want powdered alcohol banned in their state, and 84 percent would like to see the substance banned for online sale as well. This is very different from a recent Gallup poll that found that 58 percent of Americans are for the legalization of marijuana.

Where do you stand on the legalization of various substances and the need for more addiction treatment in this country? What do you expect from the next president in terms of addressing these issues?