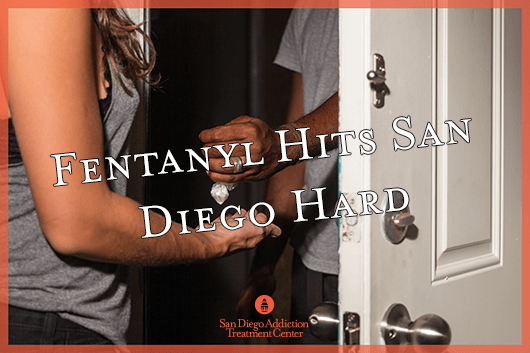 In the first nine months of 2017, more than 40 overdose deaths in San Diego County were caused by the synthetic opiate drug, fentanyl. The final number of lives lost to use of the drug in 2017 is expected to double 2016’s number and quadruple the number of fentanyl-related overdose deaths that occurred in the county in 2014.

While overdose deaths have become an increasing problem in San Diego County over the past 10 years, the problem first hit the spotlight due to skyrocketing rates of painkiller abuse and addiction. As legislation and prescription limits were adjusted to address the problem, overdose rates continued to climb but the drug of choice was now heroin.

Today, it is fentanyl that is the primary cause of concern when it comes to drug overdose deaths in San Diego County. A substance that is 50 times more potent than heroin and therefore deadly in very small amounts, fentanyl is increasingly found in street drugs, including heroin and cocaine, and in black market pills.

Though some try to blame the problem on San Diego’s proximity to the US/Mexican border and use it as a reason to support a wall being built between the two countries, much of the country’s fentanyl supply comes from China. Use of the drug, no matter its place of origin, is not a problem that can be solved by putting up barriers. Rather, an increase of positive support for those who are in crisis will have a far greater impact on the problem overall, especially in San Diego.

For San Diego families who are facing the threat of overdose due to an ongoing opiate addiction in a loved one, there are a number of opportunities to engage in a positive response to the problem with the goal of stopping overdose before it starts. These options include:

What Is Your Response?

It is not easy to acknowledge that you, or your loved one, are living with a life-threatening situation every single day, to take steps to find out what choices can resolve the problem, and then make those choices. If you are in the beginning stages of that process, there are people who can assist you. Take the time today to explore your options in recovery, find out what needs to be done to enroll in treatment, and begin the process of eliminating the risk of overdose now.