What Happens When a Celebrity Gets Busted on Drug Charges? 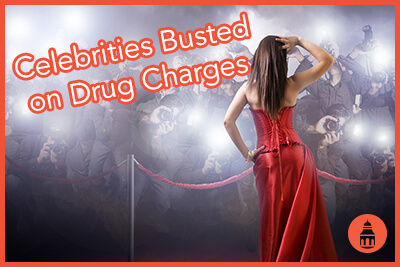 When Estaban Loaiza, former all-star picture in Major League Baseball pled guilty to possession of cocaine with intent to distribute, he joined a long line of people famous for playing a professional sport who have similarly found themselves in the headlines for drug-related charges.

Likewise, when Demi Lovato ended up in the hospital for almost a week when she experienced an overdose after years of working on her sobriety, she became one of many famous artists and musicians who have publicly struggled with relapse, addiction, and overdose.

Both of these stars will be followed closely by the media in the coming months as they work to sort out their lives. Loaiza will wear an electronic monitoring bracelet pending his November court date and could end up spending 10 years or more in prison as a result of transporting 44 pounds of cocaine. Lovato has always been very open about her struggles with drugs and alcohol, and that will likely continue as she seeks to find balance and regain a foothold in sobriety. All along the way, people across the country and perhaps around the world will be following along with their stories.

Why It Matters: Courts and Public Eye

When someone in the media faces drug-related issues, people who are currently grappling with addiction – both the individual living in addiction and their loved ones – pay attention. They are watching to see what happens and using it to gauge the risks they face with continued drug use.

For example, someone watching Loaiza’s case might watch the legal process carefully. What does he do between the time of arrest and his court date? Why did he plead guilty and how will that impact his case? What sentence does he receive?

A celebrity’s fame is something that the court system will often take into consideration as well. In some cases, it may seem that they get special treatment that no one else could possibly get because they have fame, money, or the most expensive lawyers. In many cases, however, the celebrity is treated severely and given the highest penalties because the court is well aware that the world is watching and they want to send a message.

Why It Matters: The Influence of Stardom

Pop stars and famous actors have a profound impact on culture and social behavior. People all over the world mimic their style of dress, the diets they follow, the workout routines they do, the catchphrases they use, and their attitudes and behavior. This happens whether or not the star’s behavior is admirable.

For better or for worse, American tweens and teens follow the comings and goings of their favorite celebs on every social media platform available, and when one of them is publicly grappling with a substance use disorder, it can broaden their ideas of what is possible and okay concerning drug use. Kids who might not have otherwise tried drugs like cocaine or heroin might purposefully seek them out when they hear that their idol has used them and survived. They also may want to have that war story in their pocket, thinking that it makes them as cool as the star they idolize.

On the other hand, when a celebrity goes to rehab in order to get help for a substance use disorder, even if they relapse at some point down the road, it sends the message to young people who are living in families that are facing addiction that addiction is a medical disorder that can strike anyone, and there is hope through treatment and long-term perseverance. If they are living with a substance use problem themselves, it can encourage them to acknowledge their own need for treatment and ask for help. Everything depends on how the star reacts to their own drug use issues. Those who openly drink and get high send the message to young people that it’s possible, and even a fun and positive choice, to live their life in the haze of heavy substance abuse.