Can Books Save People from Addiction? One San Diego Author Says ‘Yes’ 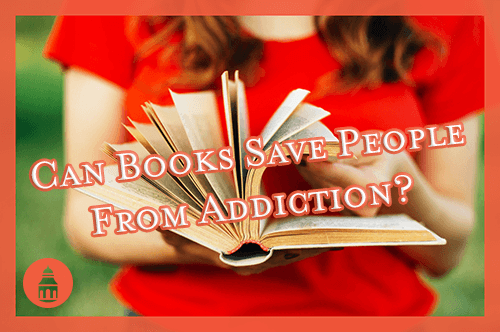 Chris Ahrens is almost 70 and has been making a living by writing stories for most of his adult life. His most recent publication, however, will not be available at bookstores and is not even currently available for download on Amazon. Instead, it is a self-published labor of love created for the sole purpose of helping to inspire people living in active addiction to get treatment that will help them to start over in recovery.

Called Gods and Gangsters, his book is a collection of 21 stories detailing the lives of 21 gang members who lived lives defined by murder and drug addiction and ultimately turned their lives around through religion. He prints out copies and gives them away for free to at-risk youth and youth who are actively taking part in gangs and using drugs. His hope is that juvenile offenders who read the book will hear the true-life stories of criminals who turned themselves around and be inspired to do the same.

This month, Ahrens will head to Calipatria State Prison, a high-security facility in the Imperial Valley, and hold a book release party. This is the very place where many of the people whose stories are highlighted in his book served their time behind bars. He will follow this appearance with book releases at Donovan and Chuckawalla Valley state prisons.

It is not the first effort that Ahrens has put toward helping people in prison who are struggling with addiction to connect with treatment and turn their lives in a new direction. He created a documentary in 2008 that included the story of a drug-addicted champion skateboarder who lost everything to addiction and found his redemption in religion and recovery.

Says Ahrens: “I see it as my mission. I was looking for something meaningful to do and I thought that if I could get these stories into the hands of young people, they could learn from others’ mistakes.”

Additionally, Ahrens spent years working with a ministry that supported men in prison through letters and visits. It was this exposure to the firsthand stories of people living with the consequences of drug use and other related choices that caused him to focus more heavily on helping people behind bars connect with treatment.

Said Ahrens: “I started seeing these people who are no different from me or anyone else. I know people who may have just had a knife in their hand when things went wrong and they went to prison for life.”

He also found that that many of the people whose stories he wrote shared a number of things in common in addition to gang life, drug use, and crime. Many suffered from physical or sexual abuse at home, grew up in harsh conditions, and had parents who were absent, criminal, or abusive. Many who joined gangs reported that they did so in their early teens as much to feel like they were part of something as for the adrenaline rush that came with engaging in the activities that the criminal organizations took part in. Everyone reported that their regular use of substances began with marijuana use and their substance abuse played a role in the crimes they committed later.

In addition to sharing their stories of active addiction, the people interviewed also share their religious journey, their favorite Bible verse, and their personal path into sobriety. Many of the interviewees now spend their time counseling prisoners or serve as pastors, and all have the goal of stripping away the lies and glamour that often accompany stories about gang life that can be so seductive to young people. Their goal is to make it clear that gang life is deadly, it is not glamorous or honorable, and addiction is a deadly disease that is relentless and miserable.

Says one interviewee: “Young people … think in prison they can get a name for themselves by being aggressive, violent. But all those guys that have lived and died in prison, nobody knows their names. When they die, they’re shipped home in a cardboard box to their families. Their bodies aren’t even washed off — they’ll still have blood on them.”

If you are concerned that death, overdose, or prison is in your future or the future of your loved one due to untreated addiction, the time is now to reach out and connect to the treatment that can jumpstart the healing process.