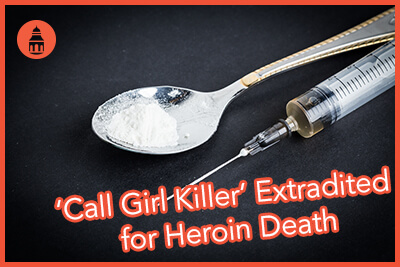 The woman who pleaded guilty two to felony charges of administering drugs and involuntary manslaughter in the heroin overdose death of a Google executive in California in 2013 is about to go before a judge yet again on the exact same charges. Though she reports that she is currently drug-free after serving three years in prison and then being extradited to Canada, the heroin overdose death currently being reviewed in the courts happened to her boyfriend in Fulton, Georgia, just two months before the death of the Google executive in California.

What do these two deaths say about the heroin overdose epidemic in this country? Does her guilty plea and potential for a second trip to jail for manslaughter or murder for causing a fatal heroin overdose play into the nationwide discussion about whether it is appropriate for drug dealers to face federal charges for murder when connected with an overdose death?

Her Side of the Story

For her part, the woman claims complete innocence in terms of intent when it comes to the death of the Google executive. According to an interview, she said that when she gave him the heroin, she was unaware that he had been drinking and had taken a Valium earlier in the day. While she admitted to drinking and getting high with the Google executive because he hired her to meet him on his yacht, she was adamant that her intention was not to take his life.

She said: “He seemed perfectly sober to me. If I had known both of those pieces of information, I would have never let him take the drugs. He was very adamant about doing the drugs. Despite what police say, we never had sex. He was more interested in partying.”

She also said in the interview that she struggled with whether or not to call 911 and that she regrets not calling. In another interview, she recounts: “I tried to revive him. I was very upset and crying trying to wake him up. The police said I ‘calmly and coldly’ walked around the boat, packed up my stuff, and left. I was in a complete panic. I knew he was a married man. I had injected myself first, I was not thinking correctly. I didn’t know he was in immediate distress, it looked like he was still breathing and had just passed out.”

When it comes to the death of her boyfriend in Georgia, she reportedly maintains that she had nothing to do with it, but with the case pending, it is unlikely that she will be doing any interviews on the subject any time soon.

Does This Case Impact the Discussion About Murder Charges for Dealers Connected to Overdose?

To many people, the two very similar deaths so close together look suspicious. In fact, many are wondering if her felony guilty convictions in relation to the Google exec’s heroin overdose death will inevitably contribute to her conviction in the case of her boyfriend’s death. Others say that it will be impossible to have a fair trial due to the media coverage of the California case and the fact that it is unlikely to find a jury of her peers who have not heard of her in relation to that case and conviction.

In general, however, this new case is happening at an inauspicious moment in our country’s legal treatment of people convicted of drug-related crimes. Attorney General Jeff Sessions has made it clear that he expects prosecutors to apply the death penalty in any case where a drug dealer is connected to an overdose death. Potentially, had the woman’s 2013 case been tried today, the outcome might have been very different since it is clear that she was hired to be there and bring drugs with her, she created the dose and injected the man who almost immediately died as a result, and she did not call 911 on his behalf.

The outcome of this case may very well contribute to the discussion on murder charges in the case of overdose deaths in the U.S. What do you think? Is it appropriate to charge someone with murder if they gave drugs to someone who later overdosed on the drugs? What if they are personally living with an addiction? Should that factor into the decision?