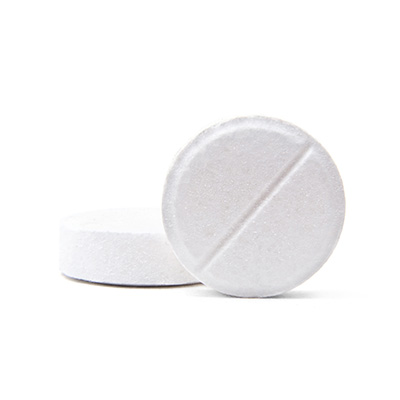 A prescription medication dispensed in tablet form to help dispel symptoms of anxiety, Ativan is the brand name of the benzodiazepine drug lorazepam. Ativan is an anxiolytic drug that the U.S. Food and Drug Administration (FDA) reports to be effective in treating anxiety disorders on a short-term basis. In 2013, Ativan was the fifth most prescribed psychiatric medication in the United States, according to data published by Psych Central.

Ativan, like other benzodiazepine medications, works to calm down some of the nerve firings that may be related to anxiety symptoms by suppressing the central nervous system and slowing down respiration, heart rate, body temperature, and blood pressure. These effects can be pleasant and have a mellowing effect.

Ativan is not meant to be a long-term solution to anxiety, however, and the FDA warns that usage for longer than a month has not been properly researched and may lead to physical and emotional dependence on the drug. Ativan, therefore, is considered to be habit-forming when used for a long period of time. Benzodiazepines are a class of drugs commonly abused, not only for their relaxing effects, but also for the euphoric rush, or “high,” they can produce when taken in a manner or amount that exceeds the recommended dosage or method of use. For example, crushing Ativan tablets to then snort, smoke, or inject the powder, or taking higher doses than prescribed by swallowing more of the tablets at one time, may create a surge of positive feelings as some of the pleasure-inducing chemical messengers in the brain flood the system. This may be a desirable effect.

The National Institute on Drug Abuse (NIDA) reports that about 20 percent of American adults (those 11 and older) have abused a prescription medication in their lives, and around 14 percent who used them in the past year were considered to be dependent on them. Almost 2 million American adults were classified as current abusers of prescription tranquilizer drugs like Ativan at the time of the National Survey on Drug Use and Health (NSDUH) in 2014.

According to the Substance Abuse and Mental Health Administration’s (SAMHSA’s) Treatment Episode Data Set, or TEDS, unlike with overall substance treatment admissions for drug or alcohol abuse which were primarily male in 2008, males were admitted for benzodiazepine misuse or abuse only slightly more than females (56 percent as compared to 44 percent respectively). The TEDS report of 2008 also indicated that those who were unemployed or not in the labor force, white and non-Hispanic in ethnicity, and between the ages of 18 and 44 were most often admitted to a substance abuse treatment center for abuse, misuse, or dependency involving benzodiazepine drugs.

Those who abuse Ativan may have first been prescribed the drug and had a legitimate prescription at one time. They may have continued to take Ativan beyond when it was medically necessary or increased the dosage without the approval of a medical professional. Of the more than 50 million people in the United States over 12 who abuse prescription medications, more than half get them from a relative or friend for no cost, and most of those individuals received the drugs via a doctor’s prescription, NIDA and NSDUH of 2013 report. Any nonmedical use of a prescription drug for any reason is abuse. Such abuse can have dangerous side effects and potentially lead to dependency and even addiction to Ativan.

Some signs that an individual may be abusing Ativan include:

Ativan has numerous effects on the body directly as well. Some of the indicators that someone is under the influence of Ativan are:

Ativan abuse has many potentially hazardous side effects, one of the most serious being overdose. The TEDS report shows that Ativan and benzodiazepines are commonly abused with other substances, as 95 percent of the treatment admissions involving benzodiazepines in 2008 also involved other substances. Such polydrug abuse increases all risks and the chance for a potentially life-threatening overdose.

NIDA published that close to 8,000 people died in 2013 from a benzodiazepine overdose, which generally happens when the drug slows down central nervous system functions like breathing, heart rate, and blood pressure to levels too low to sustain life. The Drug Abuse Warning Network (DAWN) is a national registry that keeps track of all drug abuse-related emergency department (ED) visits in the United States. In 2013, almost 43,000 ED visits involved the nonmedical use, or abuse, or lorazepam.

When Ativan is abused, it changes the way the brain responds to and processes rewards, and when it is abused over and over again for a long period of time, these changes can become more fixed in the brain. Depression and suicide are common side effects of chronic Ativan abuse, as an individual dependent on Ativan may have difficulties feeling any kind of pleasure without the drug’s continued presence and interference in the brain’s chemical pathways.

Since Ativan functions to reduce anxiety and increase pleasure by altering some of the brain’s neurotransmitters artificially, the brain may start to rely on the drug to stimulate the production of some of its chemical messengers like gamma-aminobutyric acid (GABA) or dopamine. GABA acts as a natural tranquilizer to calm nerve firings in the brain, and dopamine increases feelings of pleasure. Ativan abuse may increase the presence of both of these naturally occurring brain chemicals, and the brain’s production of them may begin to rely on Ativan for stimulation. If Ativan is then removed, or the person stops taking it, withdrawal symptoms may occur.

Withdrawal is a sign of physical dependence on a drug. For the short-acting benzodiazepine lorazepam, both psychological and physical withdrawal symptoms are common after about a month to six weeks of using the drug, the British Journal of General Practice (BJGP) reports. Withdrawal may have a kind of rebound effect, and some of the things Ativan was working to reduce, like anxiety, depression, and insomnia, may bounce back and be stronger as the drug’s interference is lifted. Suicidal thoughts and tendencies may be a real concern during Ativan withdrawal, as may other emotional symptoms like restlessness, confusion, irritability, agitation, depersonalization, short-term memory loss, hallucinations, delusions, and physical side effects, like tremors, dizziness, hypertension, racing heart rate, elevated body temperature, sweating, stomach pain, nausea and vomiting, vertigo, loss of appetite, numbness of extremities, and seizures, the FDA warns.

Physical dependence on Ativan may be a sign of addiction, although dependence in and of itself does not always mean the person is addicted to the drug. Addiction is when drug-seeking behaviors and use become compulsive and out of a person’s control, and behavioral changes, like continuing to use the drug despite knowing that doing results in negative consequences, occur. Isolation and social withdrawal may be common as interpersonal relationships suffer. Mood swings, erratic behavior, and an inability to fulfill work, school, or family-related obligations are often byproducts of addiction. Individuals battling addiction may no longer care about things or activities that used to be important to them, and an increase in risky and unpredictable behaviors may be common. Anxiety and mental illness symptoms may be exacerbated by Ativan abuse and addiction as well.

Help for Ativan Abuse and Addiction

Substance abuse treatment programs are provided across a variety of platforms and include many different methods of care. Family, group, and individual therapy sessions are integral to most addiction treatment programs, and they focus on helping individuals to take back control of their lives, improve relationships, and learn new ways to manage potential stressors.

Holistic methods may be highly beneficial in complementing a traditional treatment program, as things like yoga, mindfulness meditation, acupuncture, massage therapy, fitness programs, and nutritional diet planning can all help to improve overall wellbeing. Many holistic methods can also be beneficial in learning to self-manage anxiety symptoms and regulate stress.

Treatment for Ativan abuse depends on the individual person, as no two programs are likely to be exactly the same. Residential and outpatient programs are both options for treatment, and individuals, in conjunction with their treatment teams, have the ability to decide what type of care plan may be best suited for them. A detailed evaluation and assessment by a trained professional can aid in the decision-making process as to which Ativan abuse treatment program will be ideal.